You can huff and puff

But you're not going to blow these straw houses down

RENOVATE and recycle are two words we hear much about nowadays, but while many people are renovating, not so many are recycling. Why the lack of enthusiasm for recycling? The likely answer is recycling takes extra time contractors can’t afford, profit margins being as slender as Twiggy, and DIYers often find it easier to work with conventional building products.

So who is taking advantage of the rich vein of recycled products available to builders and renovators alike?

In some cases, it would appear innovative young DIYers who have embraced the back-to-the-land values of their parents are the vanguard of a building revival that embraces non-conformist architecture, using natural or recycled materials to renovate or construct dwellings of which Buckminster Fuller would be proud.

Caleigh Christie's straw-bale house is an example of what a determined young woman and a group of friends can accomplish with baler twine, a few hundred straw bales, recycled doors and windows, as well as some sacks of sand, cement and lime.

"When people see a straw-bale house, they don't believe it is made of straw because it looks similar to a stuccoed building," said Caleigh, 24, who constructed a guest-home on a granite promontory overlooking High Lake near Falcon Beach.

Caleigh's parents, Craig Christie and Barb Hamilton, are a legendary carpentry duo in Eastern Manitoba who built cottages and houses in the area before purchasing, with two other investor couples, the local government-operated ski hill.

The family, including Caleigh's siblings, Brooke, 22, and Emily, 26, eventually bought out the other investors and now operate the original Falcon Lake Ski Lodge, as well as the nearby Falcon Trails Resort.

The resort remains a work-in-progress at the east end of Falcon Lake comprised of a Welcome Lodge and lakefront cabins, mostly built by Craig and Barb.

As well, the Christies' have cut a 2.5-kilometre trail from their Falcon resort to High Lake, a pristine, trout-filled body of water straddling the Manitoba/Ontario border.

The lakefront properties at High Lake being developed by the industrious family are referred to as the "eco-area" because there is no electricity and each guest home is built of natural, eco-friendly materials.

Recently, Craig and Barb's daughters were each given a lot on which to construct a cabin of their own choice--- as long as it adhered to the "natural materials, eco-friendly" guidelines at High Lake.

"I chose straw-bale because Paul Reimer, one of my high school teachers, raved during classes about bale buildings," said Caleigh.

In September 2012, she organized a straw-bale building course with Reimer as the instructor.

Said Caleigh, "An eclectic group of folks turned out at the High Lake building site for the course including a beekeeper, a falconer and a blacksmith who, in lieu of tuition, built long, hand-forged needles required to sew bales together."

An open timber-frame structure with a floor and a roof was built before the first course of bales was laid. The vertical timbers carried the roof's weight and acted as reference points to keep the bales straight and level as the walls rose.

(Straw-bale walls can be built without a timber-frame, but the walls have to be compacted with steel cables and a ladder-like, wood structure must be added to the top course of bales to which roof trusses can be secured.)

"It's critical to have a plan showing where windows, doors and other installations will go before you begin to build your walls," said Caleigh, adding some builders temporarily pre-hang rough window boxes and door frames before the walls are constructed.

Under Reimer's supervision, the students tacked lengths of stucco wire about three feet high to either side of the upright posts, then laid the first row of 18-inch-wide wheat-straw bales on the floor between the stretches of wire.

They passed the large needles threaded with baler-twine back and forth through the bales, sewing each one solidly to either side of the wire.

The second row of bales was staggered like brick-work and again sewed snugly to the stucco wire and, where possible, to the vertical timbers.

Rough window and door frames were put in place as the walls grew; wiring was laid in tracks under the walls and then pulled up between the bales.

Water and sewage pipes were hung under the floor and run into the house through two-inch by four-inch framed divider walls.

Caleigh said pipes can be laid inside bale walls, but they must be encased in leak-proof conduit to prevent a disaster if a water line should rupture.

The completed walls received three coats of stucco on either side to seal the bales from weather and excessive moisture movement from the interior to the outside of the house. (Some builders feel two coats are sufficient.)

"This is the most labour-intensive and time-consuming part of straw construction, so I suggest to people that they get together a group of friends willing to spend a lot of time mixing stucco and applying it with trowels," said Caleigh, adding a standard stucco mix is six parts sand to three parts Portland cement and one part lime.

She said the lime gives the mixture a creamy consistency, making it easier to apply, and it also acts like a desiccant, wicking up moisture that might otherwise move into the bales.

It took under a year to complete the building, which includes recycled windows donated by Barb and Ray Singer, a handmade sink by a potter, light fixtures from the Old House Revival Company and Antique Market in Winnipeg and furniture and kitchenware from Mennonite Central Committee Thrift Shops, the Salvation Army and Kijiji.

As many people don't believe a house can be constructed of straw, every straw-bale building has a "truth window" through which non-believers can see the bales inside the wall: Caleigh's window is an old pulley with spokes scrounged from a treadle sewing machine.

She said her storey-and-a-half cabin, called Whiskey Jack, is available to rent on weekdays or weekends by contacting www.falcontrailsresort.com.

Bill Martin and his partner, Sharon Mulder, decided to fulfil a lifetime dream when they built a 900-plus-square-foot, storey-and-a-half straw house on lakefront property they purchased north of Hecla Island several years ago.

Before construction started, the couple had a draftsman draw up a detailed set of plans of the straw-bale structure. These were subsequently approved and stamped by a structural engineer.

"As our plans had an official stamp, we had no difficulty getting a building permit from the local municipality, although straw buildings are considered unconventional in Manitoba," said Martin.

Insurance was another matter. Though straw walls have been tested and shown to take much longer to burn than standard two-by-six-inch framed walls, he said the main concern of insurance companies is the replacement value of the building.

For example, he said, if a tree were to fall on his house, destroying part of a wall, it would be difficult and very costly to find trades people with the requisite skills to rebuild it.

"It's similar to owners of log houses who pay a premium because replacing logs is the purview of a select few specialists."

Martin said people shouldn't be dissuaded from building with straw because of slightly higher insurance premiums.

"Because the insulation value of the walls is two or more times higher than normal stud walls with R-20 fibreglass insulation, substantial savings on heat bills will more than make up for higher insurance costs."

Martin heats mostly with renewable wood, but he has electric back-up heat to keep the house at a reasonable temperature when he and Sharon are away.

"There is so much mass in a straw-bale dwelling that it can take a long time to bring it back to a comfortable room temperature if it is allowed to cool down too much," he said.

The couple built with recycled or readily available building materials whenever possible, and they use environmentally friendly products, as well.

Their home's foundation consists of an insulated footing that supports a one-and-a-half-inch-thick T&G pine floor purchased from a local saw mill, as were rustic beams that form a post and beam frame that supports the metal roof.

They chose to build with oat bales, though almost any straw will work as long as it is dry when baled and kept under tarps until it is covered with stucco.

"We weren't exactly in our mid-20s when we undertook the project, so we were very tired at the end of each day," said Martin, adding hefting bales and sewing them together is strenuous work, as is mixing and troweling stucco.

On the plus side, he said, the completed building is a pleasure in which to live because it is cosy in the winter and does not require air-conditioning in the summer.

"Moreover, our bedroom overlooks Lake Winnipeg, a formidable sight that changes its moods with the seasons. When the ice cracks during spring breakup, you can feel it shake the solid granite rock on which our house is built," he said, adding for $90 per day including breakfast a couple can stay in the unique home called The Last Straw Bed & Breakfast. (Booking information http://www.bedandbreakfast.mb.ca/listing.php?idlastraw.)

Dr. Kris Dick is the director of the Alternative Village on the Univeristy of Manitoba's Fort Garry Campus, which contains, among other intriguing research projects, a 4,000-plus-square-foot straw-bale building.

"We constructed the building with sensors inserted in the north and south-facing walls to analyze the relation of the sun's heat to vapour movement between the two walls, the south receiving maximum heat from exposure to sunlight and the north receiving minimum solar radiation," said Dick, a member of the university's biosystems engineering department.

He said results indicated that as long as straw-bale walls are allowed to breathe--no inside vapour barrier or outside material such as Typar used--the straw on either side of the building remained dry, with moisture moving freely through the stucco/plaster and bales.

He added experiments with straw-bale structures in high-moisture areas such as the Maritimes also indicated straw-filled walls do not retain sufficient moisture levels to cause mould growth -- as long as the walls are not sealed.

"If people want to paint stucco/straw walls, we recommend they use a special silica dispersion product that will add colour to walls without preventing them from breathing," said Martin, who operated his own straw-bale building company.

He added walls must be sealed all the way to the top to prevent rain from the roof leaking into the bales.

"The solution is to seal the area with stucco and, if necessary, build an extra-wide overhang to prevent rain from running inside the wall," he said.

As for people concerned about rodents burrowing into bales, Dick said the animals prefer fibreglass insulation to straw, but if a bale-house owner is encountering a problem with pests, the remedy is to ensure all areas of walls are sealed.

"I had a person ask what he should do about mice inside his walls. When I inspected his home, I discovered that part of the bottom course of bales had not been stuccoed. When that problem was remedied, the rodent problem disappeared," said Dick.

Research indicates the longevity of straw-bale buildings -- there are about 50 in Manitoba -- is equal to, if not better than, stick-built, conventional houses, he added. 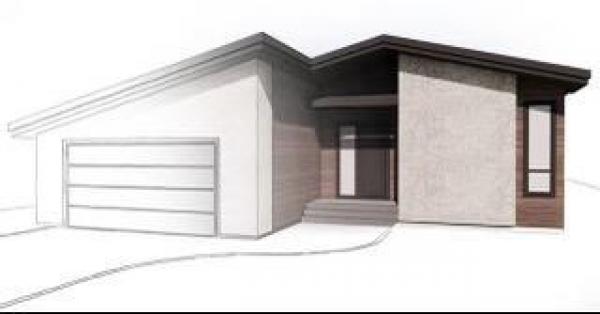