In a city as spread out as Winnipeg, it’s inevitable that a number of wonderfully habitable areas go largely unnoticed.

And while many of those roads stretch for kilometres to the east and west — many with huge lots and newer, king-sized homes situated on them — some of those roads contain little networks of streets populated by older, mid-sized homes that have stood on oversized lots for decades.

As desirable as the lots are for their space, privacy and beautifully-treed surroundings, the homes that sit on them aren’t always as desirable. In many cases, they’re quite dated and embody the era they were built in.

A 1,730 sq. ft. bungalow at 56 Brentwood Ave. is a delightful exception to that pattern, says Sean Kirady of RE/MAX One Group.

"When this home was purchased in 2015, it was gutted right down to the studs and remodeled," he says. "Pretty much everything was done from wiring to plumbing, to the kitchen, baths and flooring. Nothing was overlooked; it even comes with a reverse osmosis water treatment system."

Fortunately, the remodeling job also included an overhaul of the home’s floor plan. Whereas the kitchen was once walled off from the dining room and living room, the walls were removed, creating an open-concept main living area that offers all kinds of modern function.

"Now, the kitchen opens perfectly onto the dining room and living room," says Ryan Jones, who’s co-marketing the home with Kirady. "The gourmet kitchen, with its oversized double-wide quartz island island, beautiful combination of glossy white and brown soft-close cabinets and high-end stainless appliances is unquestionably the showpiece of the home."

The two spaces that surround it aren’t bad, either.

First, there’s the expandable dining room to its left, which can hold a table that can seat as few as six guests or as many as 12.

Meanwhile, a patio door behind it provides seamless access to a rather special backyard, says Kirady.

"It takes you out to a big, private and well-treed backyard with a huge deck plus a pergola area with hot tub next to it. The island and wide-open great room are perfect for entertaining, especially in summer months when you can head out into the amazing backyard to chill out or visit with guests."

Not to be forgotten is the bright, spacious living room, which exudes a pleasing modern-rustic vibe.

"Tons of natural light floods in from huge windows on either side of a gorgeous wood burning fireplace with white brick surround, hearth and mantel," says Jones. "At the same time, luxury plank flooring with a weathered barnwood look gives the great room a rustic feel, while more natural light pours in from a huge window over the kitchen sink and patio door."

The main floor is then finished off by an unobtrusive bedroom wing that was tucked away neatly behind the dining room.

"It was placed just perfectly, giving you a separate entertainment area and a separate family area," Kirady adds. "Both secondary bedrooms are an excellent size with large windows and big closets, and the primary suite is amazing."

"Its showpiece is a stunning ensuite that comes with a stand-alone soaker tub, custom tile and glass walk-in shower with rain shower head, tile floor and glossy white vanities either side of a floor-to-ceiling storage tower," he says. "There’s also a big walk-in closet, and a huge window on the rear wall also lets in lots of natural light and gorgeous view of the treed back yard."

Jones is quick to add that the home’s high livability quotient doesn’t end there.

"Homes like this don’t come along often," he says. "At the end of the day, you come home to a totally remodeled home on a private, beautifully-treed acreage that offers a country feel with a modern vibe. Yet, you’re less than a minute outside the Perimeter, just a short drive from all kinds of amenities. That combination is hard to beat." 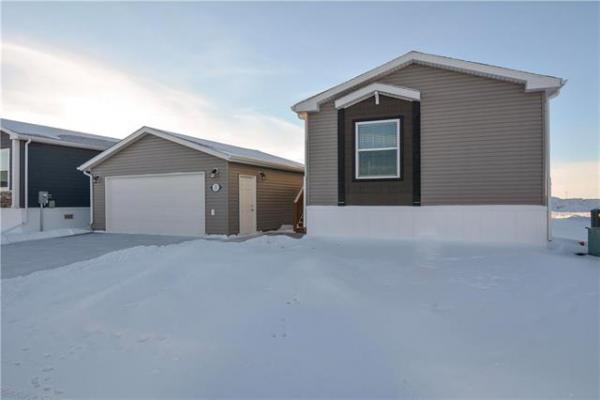 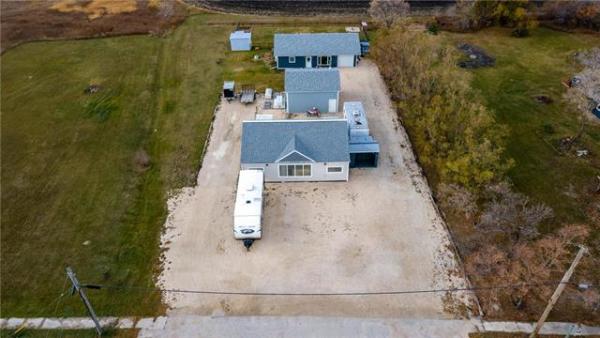