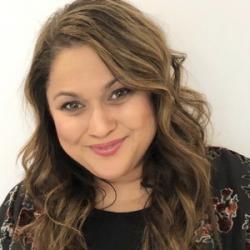 Anita has been an independent real estate agent with RE/MAX Associates since 2008 and is consistently a RE/MAX Top Producer. She provides a full suite of residential and commercial real estate services, focusing on the city of Winnipeg, West St. Paul, East St. Paul, Gimli and surrounding communities. Anita and her husband Craig have three beautiful children and an adorable puppy, Roxi Ruby. Anita is a huge supporter of local businesses – big and small. An entrepreneur since the age of 24, Anita has owned and operated clothing boutiques and restaurants. In 2019, Anita co-founded The Essential - a platform designed to ispire, uplift and motivate women. The inaugural Essential Conference was held on January 15, 2020 in Anita’s hometown of Winnipeg, MB. In 2012, Anita was named Entrepreneur of the Year by the Women’s Business Owners of Manitoba. Anita is a strong believer in giving back and credits her parents for modeling selflessness and a sincere concern for the well-being of others. Over the years, Anita has teamed up with friends, family and colleagues to raise thousands of dollars for CancerCare Manitoba, Muscular Dystrophy, Children’s Miracle Network and, most recently, the CEO sleepout in support of End Homelessness Winnipeg. For Anita and her family, living their best life is about love, compassion, kindness and making a difference in the world.