The community of 6,600 straddling Winnipeg’s north Perimeter is booming with residential and commercial development. During the Fall Parade of Homes, the new neighbourhood of Parkview Pointe is show-home central, and nearby River Springs Grove isn’t too far behind.

"I believe that we will be the fastest-growing community in the province by the next census," Olynyk says, adding the number of building permits issued in 2021 is quadruple the number issued at this time last year.

THE NEW NEIGHBOURHOOD OF PARKVIEW POINTE IS SHOW-HOME CENTRAL, AND NEARBY RIVER SPRINGS GROVE ISN'T TOO FAR BEHIND.

It may look like an overnight sensation, but conceptual plans for West St. Paul’s growth have been in place for many decades, and concrete preparation to facilitate it has been underway for at least 10 years.

Future development isn’t being left to chance, either. The RM’s extensive strategic plan calls for controlled growth, with a designated town centre and commercial areas, along with diverse housing options that will eventually accommodate a population of about 12,000.

Mayor Cheryl Christian notes that West St. Paul has 11 parks and 17 kilometres of walking and biking trails now, and it will have 20 parks and more pathways within three to five years. "Residents want to maintain that rural feel and be able to have those parks and greenspaces, so that’s been a real priority for us," she says.

A $100,000 play structure was unveiled this summer at Waterside Developments’ Trails of West St. Paul, on the east side of Main Street, and developers have been asked to include play structures and localized parks in all new community plans.

RESIDENTS WANT TO MAINTAIN THAT RURAL FEEL AND BE ABLE TO HAVE THOSE PARKS AND GREENSPACES, SO THAT'S BEEN A REAL PRIORITY FOR US.

Literally on the City of Winnipeg’s doorstep, West St. Paul is minutes from downtown, and it offers easy access to CentrePort, the airport and the shops and services of north Main Street and McPhillips Street.

Unofficial word is a big-box store will open a location within the RM in the near future. There’s already a funky little general store area in the Yetman’s sports shop, deli goods and a butcher at Frigs Natural Meats, an ice-cream shop and several other businesses.

The RM is in the Seven Oaks School Division. It has an elementary school and Olynyk expects to see at least one new public school over the next few years. The Dasmesh School Kindergarten-Grade 10 English-Sikh faith-based school opened this September and Gateway Church King’s School has plans to open a school in the future.

THERE ARE 10 OUTDOOR SKATING RINKS AND EXCELLENT RECREATIONAL PROGRAMS, INDOORS AT SUNOVA CENTRE AND OUTDOORS ON SOCCER AND BASEBALL FIELDS.

Olynyk says there are 10 outdoor skating rinks and excellent recreational programs, indoors at Sunova Centre and outdoors on soccer and baseball fields.

"The baseball diamonds I’ve been told are the best in the province," he says, adding the RM has an agreement with Tennis Canada and Tennis Manitoba to open eight outdoor courts and, eventually, an indoor tennis facility at no cost to the RM.

Multiple builders are participating in the Parade of Homes in West St. Paul. Show homes that are currently open include luxury bungalows and two-storey family homes, along with a handful of duplexes.
Christian says the variety of housing options makes it easier for families to grow up, and grow old, in the RM.

"We have that starter home or something to downsize to. If people want to live on a larger rural lot we have plenty of open space and larger acreages for people to choose from. If they’re wanting to be in a side-by-side bungalow that’s accessible … there’s something in West St. Paul for everyone," she says.

"We pride ourselves on being a diverse, inclusive and welcoming community and I believe that’s what is attracting so many young families to West St. Paul. We have a very young population compared to some of our neighbouring municipalities. People see this as a rural community, but close to all the amenities of Winnipeg as well." 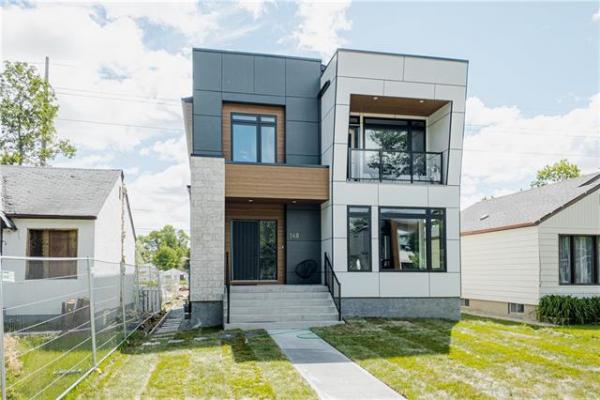 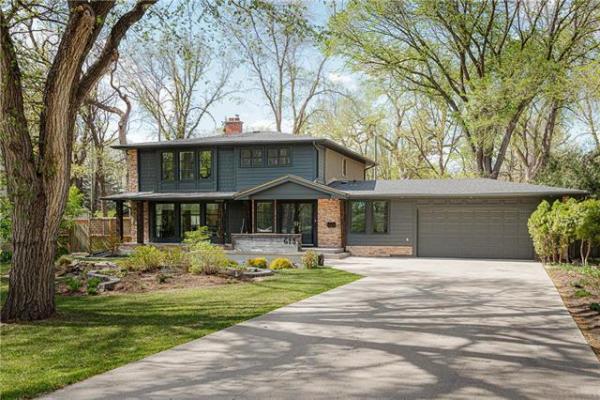