Southwest Winnipeg is Living up to Expectations

>> IN 2007, Manitoba Housing set out to create a mixed-use development that would provide a diverse selection of housing options in south Winnipeg’s Waverley West.

"We have everything and that’s what’s so great," says Jaime Patrick, former director of land development for Manitoba Housing.

WE HAVE EVERYTHING AND THAT'S WHAT'S SO GREAT.

"Condominiums and townhomes, rental apartments, entry-level homes with the garage in the back lane, mid-range and executive homes. There’s such a wide range of housing options, which gives people flexibility. They can move through different housing stages without having to leave the neighbourhood."

Visitable homes have been popular among young families with strollers, as well as with seniors who use walkers. And of course they’re great for people of all ages with mobility challenges — residents and visitors alike, since they’re built with a no-step entry, wider hallways and doorways and a main-floor washroom.

Named for Arthur Bridgwater, who was Fort Garry’s chief of police from 1945 to 1974, the four stages of development started with Bridgwater Forest, east of Kenaston Boulevard. Bridgwater Lakes, west of Kenaston, followed in 2010 and Bridgwater Trails is nearing completion. Interconnected, the neighbourhoods are dotted with a series of lakes, some 30 kilometres of trails and some serious greenspace.

The Town Centre has come along nicely, as well. In 2015, the Red River Co-op gas bar was the only business, anchoring the north end of the site. Today, the Town Centre has an attractive, pedestrian-friendly Centre Street with multiple banks, coffee shops and adjacent shopping plazas where you can enjoy dinner on the Leopold’s Tavern patio, pick up a pizza or get a haircut. Residents can load up on groceries at Save-On Foods and work off dinner at the south side’s anchor business, a massive Altea Active centre.

The Bridgwater neighbourhoods are convenient to the University of Manitoba, and will soon have a new Kindergarten-Grade 8 school and a high school nearby off Bison Drive. They’re also just minutes away from big-box stores and shopping malls off Kenaston Boulevard, and Patrick says that once it’s fully developed, the Town Centre will be a destination in its own right.

While Bridgwater Trails is nearing completion, there are still must-see show homes to explore during the Fall Parade of Homes. Typically, visitors don’t want to miss Huntington Homes’ entries, and the company has a four-bedroom stunner on Willow Creek Road that will not disappoint. You’ll want to check out Foxridge Homes’ charming two-storey on Windflower Road while you’re in the neighbourhood, too.

Just south of Bridgwater, towards the Perimeter, Prairie Pointe is well into Stage 5 of development on its 640-acre site off Kenaston Boulevard, with parks, waterways and pathways and a planned commercial zone.

Close to a dozen show homes are on display in Prairie Pointe during the Fall Parade of Homes, including a spacious two-storey Randall Homes show home on Ken Oblik Drive. It boasts a luxe private owner’s suite, a lifestyle room that could be used as a home office and a sunken foyer. There are several neighbouring show homes, including a Ventura Custom Homes model with five bedrooms, a loft and a main-floor office.

Broadview Homes’ Parade entry is notable for its spice kitchen and its flexibility — it can accommodate up to six bedrooms. And according to Hilton Homes, its house on Ken Oblik Drive is so large, it has "more volume than an ’80s hair band." Hilton also has a slightly less precocious model in the neighbourhood, a duplex on Ken Wong Bay. 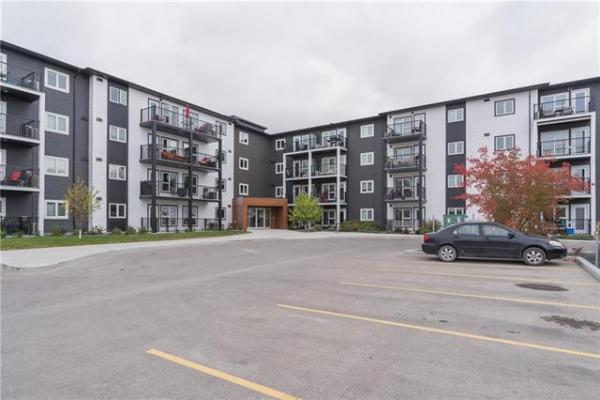