>> REDEVELOPING the former Kapyong Barracks site in south Winnipeg is an incredibly complex undertaking. But the vision for the 160-acre mixed-used project has been clear from the start. It began with a simple question.

"How would we want our grandchildren to benefit from what’s on the site? That was the first question that came across to our team," says David Thomas, planning and design manager for Treaty 1 Development Corp.

A comprehensive, 130-page master plan outlines all aspects of the project — a mixed-use village with retail and commercial space, a variety of residential options, educational and cultural facilities, and a network of public trails and greenspaces.

THE VISION FOR THE 160-ACRE MIXED-USE PROJECT HAS BEEN CLEAR FROM THE START.

Canada Lands has partnered with several First Nations on projects on former federal lands across the country, including a similar project to redevelop Calgary’s Currie Barracks.

When Treaty No. 1 was signed in 1871, each First Nation was owed a specified amount of land, but much of the debt was not paid. When the former Canadian Forces Base came up for sale, the Treaty 1 signatories filed suit, and the Supreme Court of Canada ruled that the federal government had a "duty to consult" and accommodate them. As a result, the massive development is on its way to becoming Canada’s largest "urban Indigenous economic zone."

Naawi-Oodena is an Anishinaabe term that translates as centre of the heart and community. When it’s complete, the plan is to generate prosperity for generations to come, while promoting sustainability, sharing and celebrating First Nations culture, and providing an inclusive welcoming place.

"We’re being very thoughtful about what we’re planning, what we’re doing," Thomas says. "We’re doing a lot of research and study of similar projects, but we’re also looking at how First Nations can collaborate with non-First Nations and develop the project."

Sustainability will colour every aspect of the development. Thomas expects land along Taylor Avenue to represent the first stage of construction. At some point, the commercial area at Grant Avenue will extend to the east side of Kenaston Boulevard, with markets and walking paths.

"It would be nice to have some nice patios and restaurants out there," he says. "A place that our neighbours in Tuxedo can enjoy."

THE MASSIVE DEVELOPMENT IS ON ITS WAY TO BECOMING CANADA'S LARGEST URBAN INDIGENOUS ECONOMIC ZONE.

An architect, Thomas has worked on several high-profile projects in Manitoba and elsewhere, including an installation at the Canadian Museum for Human Rights and as a participant in Canada’s 2018 Indigenous entry in the Venice Architecture Biennale. He and his daughter Cheyenne, who has a degree in environmental design, worked with other collaborators to create the Indigenous Peoples Garden at The Gardens at the Leaf in Assiniboine Park.

While Thomas grew up in Winnipeg, he says Peguis First Nation feels like home. It’s where his parents were raised, although they also went to residential school.

"Most of us at Treaty 1 had family who were at residential school," he says, adding the discovery this year of unmarked graves at a residential school in Kamloops, B.C., brought the Indigenous perspective into sharp focus for many Canadians. He’s looking forward to seeing how the future unfolds, especially for young people.

"We have lots to offer, lots to contribute to the community that we haven’t done on this scale yet, and I think it’s good for everyone," he says.

"The work that we’re doing — that our people are doing, our designers and planners — it’s world-class work and I think that’s what people can look forward to." 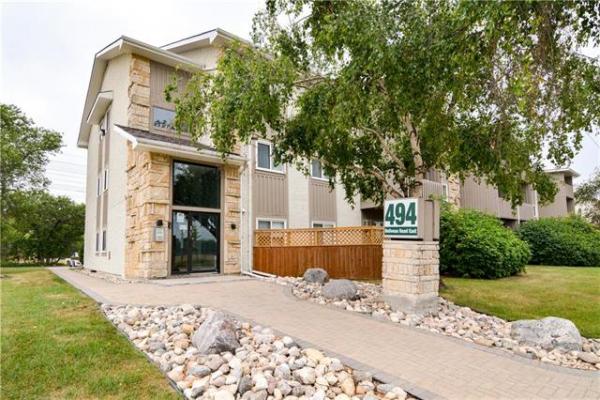