A bevy of good luck on this reno

It’s always disappointing when an appliance fails only a few months past the expiration date of its warranty. Upon the completion of our dining room renovation, the space was populated with an expanded dining room table, a wall-mounted electric fireplace, a couple of decorative chairs and, of course, a nifty beverage cooler. A few weeks ago my nose caught the mild scent of burning rubber, and upon closer inspection an impromptu clicking sound was heard — and a potential catastrophe was prevented.

The stainless steel and glass door front of our 5.1-cubic-foot Magic Chef beverage cooler always revealed a bounty of soft drinks, beer and spirits — and freed up a tremendous amount of space in the kitchen fridge. Placed in the middle of the brick feature wall, between fully opened French doors, it has been a convenient and practical addition to the normal roster of household appliances.

Unbeknownst to us, this fridge was overheating. Upon opening the back of the unit it was apparent the top of the plastic housing around the compressor’s cooling fan had melted and sagged into the path of the fan blades — causing it to click as it switched on.

The fridge was unplugged and allowed to cool down before the entire fan was temporarily removed to allow the melted housing to be trimmed away before attempting to re-engage the cooling process. Although it appeared to have worked, it wasn’t long before the scent of burning rubber presented itself again, and the idea of repair began to dwindle. After a few days of leaving the cooler unplugged, a large pool of water had spilt beyond the drip tray indicating that a tremendous amount of ice build-up had occurred within the unit, between the inner sheathing of the fridge compartment and the closed-in area of the fridge housing. After discussing the problem with a local refrigeration expert, and checking on the availability of replacement parts, it was clear the fridge had cooled its last drink — after only 18 months.

The hunt for a new mini-fridge began. To my dismay, coolers of that size can be extremely expensive, ranging anywhere from $1,000 to $2,500 and higher. What was I to do?

During a regular visit to RONA on Kenaston Boulevard, the tale of the failed bevvie fridge was shared with my commercial rep Scott Schappert, who was quick to report RONA had a few smaller DANBY coolers on hand. In the appliance section we viewed coolers considerably smaller than my previous model, but they were listed at such a fantastic price! While pondering what to do it dawned on me — why not buy two and set them side-by-side, arranging the doors to open like French doors? Schappert loaded both coolers onto a cart, and away I went grinning at the prospect of the ensuing project unfolding in my head.

On the way home I made a pit stop at Home Depot to check out their off-the-rack countertop selections. Although a similar search at RONA had been fruitless, maybe I’d get lucky. And sure enough, there it was, the last one in stock — a 72-inch by 25.5-inch bamboo countertop. It was manoeuvred onto a flat cart and after making another terrific deal it was loaded into the bed of my truck.

Once upacked, it was noted that the door on one of the mini fridges was reversed so when next to the other, the doors would open as French doors. To maintain an equal distance between them, half-inch black weather stripping was placed along the front face, top and back of the units. Minor adjustments were made to the feet of each unit until they were properly aligned. Careful measurements were taken before cutting the bamboo countertop, allowing for a one-inch overlap along the front and each far side — as well as a good three inches along the back which provides ample spacing from the wall. Two notches were also made along the back corners to allow the dining room’s French doors to fully open. With all the cuts completed, every edge was sanded and the entire counter was polished with oil.

Using a series of adhesive felt pads along the front and back edges of the top of both coolers, these columns of felt were used to level the counter once placed atop the coolers. For ease of opening the doors, stainless steel cupboard knobs were affixed to the top inside corners of both cooler doors using 3M two-sided adhesive tape. The entire endeavour took less than two hours, and not one hole was drilled into either cooler or the countertop. Better than ever and the total cost of this project was less than what I had originally paid for the failed fridge.

Although my initial intention was to throw the old mini-fridge off the roof and watch it explode, this notion quickly morphed into either dropping it off at the dump, or having someone pick it up for scrap. My lovely better half, Carole, then suggested an even greener alternative — the old cooler now rests peacefully in my tractor garage, all electronics abandoned, serving as an enclosed cupboard for tractor oil and lubricants. Although its cooling days are over, it’s still pretty cool how it all turned out. 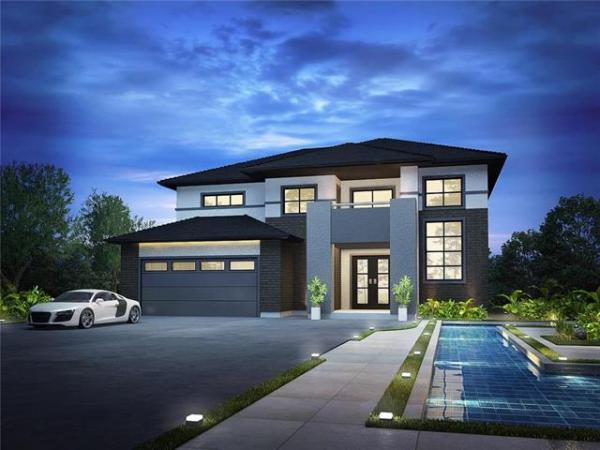