Bite the bullet and build that DREAM DECK

Despite rising lumber costs, if you can afford it, DO IT NOW

By: Marc LaBossiere Posted/Updated: May 29

An intricate deck design is like a fingerprint — sure, there may be other decks like it, but no two are truly the same.

That desire to have a deck like no other is attractive to many homeowners. Since the design was created last fall for clients Luanne and Steve Carbonneau, it was my unfortunate duty to inform them in early spring that lumber prices were on the rise.

Because lumber costs were up and likely to continue to rise, the Carbonneaus agreed to order as quickly as possible to lock in the lowest (already high) lumber prices, as well as establish an early May delivery date to ensure lumber availability. "Ordering so early took the stress out of another possible increase and/or any lumber shortage" said Luanne. "We weren’t willing to compromise on the style of deck we wanted. The years of enjoyment far outweigh the higher costs, and to us that makes it worth it — do it right the first time, and there’ll be no regrets."

Although the Carbonneaus did indeed incur a higher than originally expected tally on the lumber required to build the deck of their dreams, fortunately they were in the position to proceed as planned, despite the outrageous costs of lumber. For many, these prices are cost prohibitive, resulting in deck plans being thwarted this season.

A deck such as this is truly a joy to build — two tiers, with multiple aesthetic features that each become a focal point, depending on the angle. From ground level, the deck invites you to the lower main tier with front-facing stairs, that wrap slightly on each side at 45-degree angles. The tandem two-by-six wide stair tops and two-by-eight rise provide an easy near effortless four-stair access to the main deck surface.

Along the right side, a railing meets the outside post of a 16-foot-long privacy wall, at a height of nearly six-feet providing shelter from the wind. On the left side, a similar railing continues along the lower tier until stairs that lead you to the higher tier, a platform on which the barbecue will be sheltered from another privacy wall of half the length, near the back patio doors into the house. The privacy walls are built using two-by-eights on the horizontal, which mimic the fascia along the fronts of the stairs and between each post throughout the perimeter of the deck. The entire deck is then skirted using vertical fence boards, with an access door below the higher tier, to serve as a great storage area.

"When we purchased our new home last fall, we knew we wanted to build a deck that would allow us relax and enjoy sitting in the backyard," says Luanne.

The framing was completed on a balmy Monday, and the numerous custom stair stringers cut on-site were installed on a pleasant yet windy Tuesday. The top decking was completed in the rain on a Wednesday, and the decorative features such as the fascia, railings, and privacy walls were installed on a cool and misty Thursday. Shortly after noon on a chilly but dry Friday, the skirting was added to the underside of the deck. With this final stage completed, the deck was officially ready for use just in time for the May long weekend.

No one enjoys having to pay more than expected. The reasons for higher costs, whether justified or not, are often beyond our control. Biting the bullet now, however, guarantees Steve and Luanne dodge any ricochet of regret in the future. With the deck of their dreams built as planned, now they can relax and enjoy. 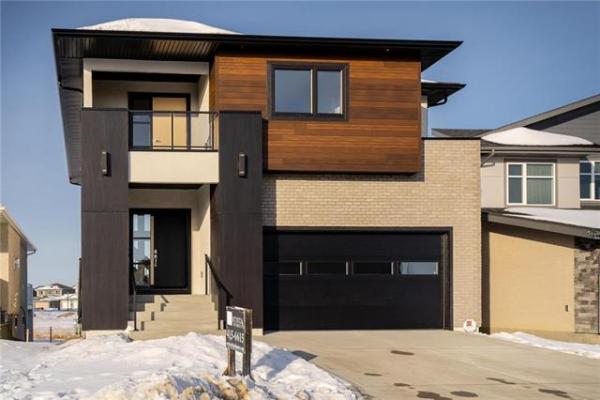