To varying degrees, a renovation is an invasive act that can disrupt daily routines. When recent clients requested a bathroom remodel, one aspect of the project was most important; as the only bathroom in the house with a tub and shower, it was imperative to factor in the length of showering "downtime" required to complete the project. With a little ingenuity, this concern was deemed unwarranted in retrospect.

A bathroom remodel is a disruption, no doubt about it. But when it’s the only truly functional bathroom in the house, life becomes less bearable, very quickly. As such, gutting the space down to joists and studs isn’t always the best course of action. In this instance, it was initially determined that other than the drywall behind the old tub and shower stall tiling, the existing drywall was in relatively good condition, allowing this bathroom evolution to proceed as a primarily aesthetic process.

The old vanity and toilet were removed, and the mirror carefully dismounted from the wall. Once that corner of the space was cleared, the electrical was re-routed to accommodate two GFCI outlets, one on either side of the impending new sink and vanity. The old vanity light was shifted to centre with the new vanity cabinet and sink configuration, which was to be accompanied by a floor to ceiling linen closet on the left side nearest the bathroom door. To meet the clients’ exact specifications, custom cabinets were manufactured by my good friends at Cabinet Corner on Des Meurons St. A smaller and matching wall-mount storage cabinet was also ordered for the area above an eventual new, one-piece toilet.

The old exhaust fan was replaced with a high efficiency fan, that also runs much quieter. Both the exhaust fan and a newly introduced shower light were wired to a selectable timer switch. Once the electrical, as well as some minor rough plumbing prep, were completed, the old tub was removed to make way for a new fibreglass soaker tub. To ensure my clients always had use of their shower throughout, thick poly was attached to the upper drywall perimeter of the stall (just below the paint line), and the old shower faucet was re-engaged on the exterior of the new drywall – because all three walls of the shower stall would be sheathed in quartz and a new multi-function shower column would be subsequently installed, the shower plumbing was prepped to accommodate both situations, with minimal changes required once the old faucet is permanently discarded after the quartz walls are set into place.

Once the walls were primed and painted, the waterproof vinyl plank flooring was installed. The toilet was installed and tested. The linen cupboard was affixed to the wall near the door and the vanity was positioned adjacent. The smaller storage cabinet was fastened to the wall in line horizontally with the new inset medicine cabinet, and centred above the toilet. While awaiting the quartz installation date, the casings and baseboards were mitred and affixed, with all edges and seams siliconed top and bottom to eliminate the potential for unwanted water to evacuate the space. The towel rods and toilet paper dispenser were affixed to the walls in their respective places, and the new two-inch venetian blinds were mounted to perfectly cover the window and casings.

On quartz install day, the poly that had allowed use of the shower throughout the reno was removed, along with the old shower faucet that had been mounted temporarily on the outside of the new drywall. The gents from Solid Stone Countertops started with the vanity countertop, a 60-inch slab of quartz with a pre-cut oval for an under-mount sink. It was set onto the vanity cupboard, and the sink was affixed from underneath. The three slabs for the tub/shower stall walls would prove more challenging, the largest being 60-inches wide by roughly 63-inches high. Hauling this one-piece monster up the stairs to the second-floor bathroom was slow-going. Once in the bathroom however, the guys made quick work of mounting it to the back wall of the shower stall. The other two slabs were each only 30-inches wide, and took less effort to haul upstairs. It wasn’t long before all three slabs were firmly secured into their permanent positions. As a last task, silicone was used along all seams. The stall was now ready for the last set of tasks, which included the shower column.

Through a small access hole pre-cut into the quartz on the plumbed wall, the shower column feeds were attached to the hot and cold water lines. Once the inline shut-off valves were turned on, the system was tested for leaks. With no apparent leaks to be found, the column is mounted onto pre-attached clips, top and bottom. This shower column model provides five water-flow features: rainfall, water-fall, body jets, hand-wand and a tub spout. The curved shower curtain was then mounted just below the top edge of the quartz stall walls, with the plastic liner placed along the inside of the tub and the decorative cloth shower curtain draped along the outside of the tub skirt.

Due to a slight delay regarding delivery of a few cabinet doors and drawer fronts, cupboard handle installation was pushed until they could all be done at the same time. Once installed however, the bathroom truly looks finished, and lived-in — it isn’t often I get the chance to snap photos of a completed reno after it has seen its first week of use. My photos are usually taken before the space is relinquished back to the client. Nonetheless, the bathroom facelift was a resounding success, and it shows.

Co-ordinating all tasks and delivery dates to allow continued use of the shower throughout the entire remodelling process is, to me, the most important aspect of this particular reno. It did take up a bit more time, but it also relieved some of the pressure — no matter how fast I could achieve the various tasks, the cabinets and quartz would require a pre-determined amount of time before they could be delivered. I’m proud I was able to accommodate, and my clients are too. And of course, they also love their new bathroom. 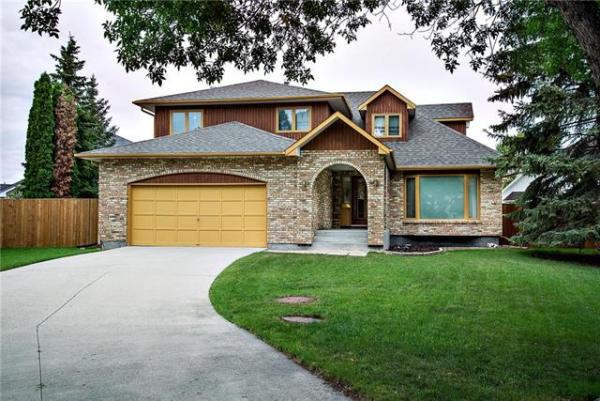