Chasing away the cold

A couple of my past columns have addressed the issue of the cold entering the interior of a home near a bay window, and provided a quick and easy to install method to remedy the problem. And although the nature of a bay window creates a drafty area issue, there can be contributing factors that must first be addressed — as encountered on a recent jobsite in October.

It is, of course easiest to achieve this type of ‘below-the-bay-window’ fix before the snow begins to fly. So, a few of these jobs were scheduled during the same week, in October 2020. The size and orientation of the bay window not-withstanding, the materials required for this project are generally the same from one job to the next; two-by-threes for framing (including required fasteners), fibreglass insulation, 6mm poly, tuck tape, exterior caulk, half-inch treated plywood for sheathing (including required fasteners), high-grade primer and colour-matched exterior paint. With these items on hand, it is quite likely the job gets done within the day.

After moving the decorative rock far back enough to clear an area larger than the footprint of the impending base of the frame below the window, an oddity caught my eye where the underside of the existing bay window build-out meets the exterior decorative footing of the house — a sizable chasm, nearest the corner of the house was clearly visible. Upon closer inspection, the gap extended all along the seam, varying in width from one end to the other. The homeowner explained that for many years, the living room was rendered unusable on the coldest of days throughout the winter months, despite having made an attempt a few years back to rectify the issue. No doubt, this gap made her bay window issue much worse than usual.

After consulting briefly with the homeowners a solution to the gap issue was reached and prior to building the framing below the window, I made a quick trip to the local hardware store for the one item missing from the materials lists already gathered for the day’s work — expandable foam. Coincidentally, I noticed too late that two cans of expandable foam were already in my truck (leftovers from a previously completed window job). This mattered not, as you can never have too many cans of expandable foam.

Before starting the pre-ordained framing tasks, expandable foam was sprayed into the window-wide crevasse along the seam where the bay window jet-out meets the exterior wall. I can only assume the contractor who applied the existing scratch coat on the lath for the eventual stucco application, never bothered to confirm that the scratch coat formed a sealed 90-degree bond along the corner between the underside of the window jet-out and the wall. As such, the wind and cold easily penetrated the structure in these areas, magnifying any interior draft issues that a bay window produces at the best of times. With the entire gap now bursting with foam, oozing from the chasm as it expands, the below the window box framing could begin.

The poly was placed along the ground, and the two-by-three frame was constructed at roughly an inch-and-a-half inset to the stucco face. The cavity was then carefully stuffed with insulation, and the poly was fastened with staples along the entire frame. Tuck tape was used to seal the poly seams, and exterior caulk was used along every edge where framing meets the existing exterior face of the house. The half-inch treated plywood cut to fit, was fastened to the framework and given a coat of primer, and the subsequent two coats of exterior paint. After allowing the paint to dry, the decorative rock was then spread evenly along the new bottom edge of the below bay window fix, completing the project.

Prior to the fix the homeowner complained that she always felt the air moving along the wall at the far corner of the bay window on a windy day. A few weeks after completing the project she sent me a quick text to share her post-fix assessment. As expected, the under bay-window solution had indeed generated positive results. The living room was no longer off-limits due to the cold — providing a warm space for all to gather, even during the coldest winter days. 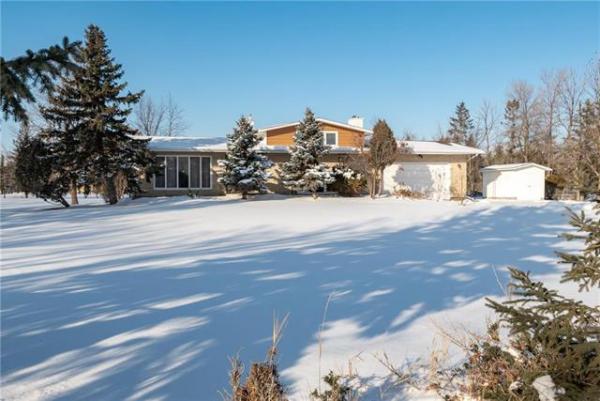