By: Marc LaBossiere Posted/Updated: May 21

A renovation does provide the chance for redesign. Be that as it may, an existing layout may suffice and all that is needed is an aesthetic overhaul. When first establishing the new design for my upstairs bathroom several years ago, it entailed an expansion into a new addition. The existing three-piece bath became a five-piece, and the entire space would be adorned in natural slate tile on the floor, and porcelain tiles roughly two-thirds up every wall. Little did I know how impactful this wall tile choice would become.

When entering the renovated bathroom, you immediately pass an open closet nook on the left, adjacent a 36-inch vanity and inset medicine cabinet on the same wall. A quick right turn offers the toilet and a urinal on the opposite wall (where the old tub used to be), before the access into the expansion that boasts a jet-tub and walk-in shower. Natural slate stone tile is laid atop heated flooring, with four-inch slate baseboards along the perimeter. With the ceiling painted a very light beige, and the upper walls a dark burgundy, the porcelain tile on the walls, broken by a horizontal accent stripe of a beige soap stone mosaic tile and top edge, tie-in the wall and ceiling colours with a scattered splash of tans and purples in random patterns. It was the perfect tile for this choice of colour palette, or so I thought.

Having achieved very few tiling projects to this point (very early on in my renovations journey), it had not dawned on me to factor in type of tile for the walls. Although there were a few other tile selections that closely met my preferences, this porcelain tile was chosen solely based on the colour. In retrospect, I should have gone with another choice, a ceramic choice to facilitate the final steps required to populate the space.

Once the wall tiling was installed, and the grouting completed, the amenities were positioned one by one. Nearing the end of this process, it was time to hang the shelves within the cavity nook. My initial attempt at drilling into the porcelain tile was both revealing and daunting, it did not go well at all. The tile cracked from one corner to the other and needed to be replaced. Begrudgingly, the tile repair was accomplished before finishing the nook could proceed. Prior to my second drilling attempt, a leftover tile was glued to a small sheet of plywood to allow a practice run. This tile too, cracked again, indicating that my first failed attempt had likely not been an anomaly. This presented a bit of a quandary, how was I to hang my shelves?

The closet nook remained empty for a short while, until a simple solution came to mind. In lieu of “drilling” into tiles that can’t easily be drilled, a custom shelving insert might suffice. However, the insert would need to be of simple design, without looking to bulky as to not take away from all the recently completed tiling. Threaded metal dowels would provide the solution.

The shelving had already been cut to width. Instead of using shelf brackets fastened along the back wall, the threaded metal dowels would be used along each side of the front of the shelves, and along the back. As such, six 36-inch dowels were purchased, with a slew of nuts. To create the three main 72-inch dowel supports, a single support is created by using one nut to join the two ends of each 36-inch dowel. The shelves were prepped by drilling two holes near the front face of each shelf on each side, and another centred along the back. Six matching wicker baskets that had been purchased earlier provided the gap requirement between each shelf. The dowels were fed through the pre-drilled holes of each shelf, with a nut positioned below. The nut was threaded to a height that provided just enough gap for a basket to slide in. Once all shelves were placed and nuts threaded to the appropriate heights, the tower of baskets structure was backed into the cavity, making slight nut adjustments as need to ensure all shelves were plumb and level. I must admit, this approach worked like a charm — the tower of baskets provides the sought-after look, is extremely functional and hasn’t left the cavity nook since its induction in 2005.

Sometimes it is necessary to think outside the box. There is always a solution (or several) when you keep an open mind. Although the outcome may not be achieved exactly as planned, in some case the results can be better. In all honesty, I try to steer clear from porcelain tile now, as it is much harder to cut cleanly and nearly impossible to drill successfully. However, this experience early on in my renovations journey did reinforce my openness and willingness to always entertain the “less-common” approach to a project. And that in itself was well worth the porcelain hassle. 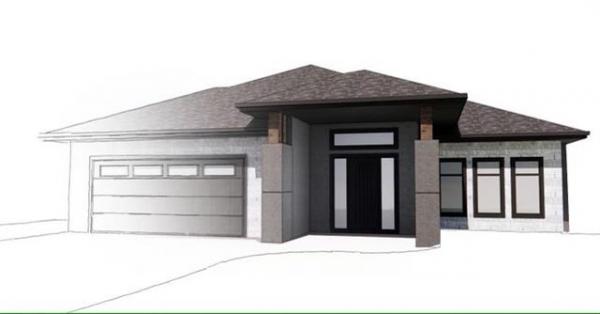