Commemorative tulips to bloom across Canada

Next spring, a very special flower bulb — the Liberation75 tulip — will bloom across Canada. The Liberation75 tulip honours the Canadian men and women who served during the Second World War and is a symbol of the enduring Dutch-Canadian friendship. The Canadian Tulip Festival, the embassy of the Kingdom of the Netherlands and the National Capital Commission are celebrating this special 75th anniversary with the Liberation75 commemorative planting campaign — 1.1 million tulips honouring 1.1 million Canadians.

Beginning this month, Canadians will have the opportunity to purchase these limited edition bulbs online. The Liberation75 tulip is an early blooming Fosteriana tulip with richly coloured, bright-orange, crown-shaped petals feathered with deep orange. There are so many reasons to plant Liberation75 tulip bulbs this fall.

The First Canadian Army played a major role in liberating the Netherlands from Nazi occupation. Under the command of Gen. Henry Duncan Graham Crerar, the First Canadian Army fought Nazi forces at the Battle of the Scheldt. The hard-fought battle to clear the Scheldt estuary allowed the reopening of the Antwerp harbour which was essential for Allied use. Last week, I visited the Royal Winnipeg Rifles Museum at Minto Armouries in Winnipeg. I learned that Lt.-Col. Lockhart R. Fulton, who hailed from Birtle, Man., led his regiment, the 1st Battalion, Royal Winnipeg Rifles, in the Scheldt Estuary campaign. The Canadians who fought in the Battle of the Scheldt played a key role in the liberation of the Netherlands and the end of the Second World War in Europe.

Canada provided a safe haven to Dutch Princess Juliana and her family during the Second World War. Offered asylum by Canada’s governor general at the time, Alexander Cambridge, 1st Earl of Athlone, Princess Juliana arrived with her two daughters in Halifax on June 11, 1940. During her stay in Ottawa, she gave birth to Princess Margriet in 1943. In 1945, Princess Juliana presented 100,000 tulip bulbs to Canada to express her nation’s gratitude for the role of Canadian soldiers in liberating the Netherlands from Nazi occupation. Ever since, the Netherlands has presented Canada with an annual gift of 20,000 bulbs.

Now comes an extraordinary gesture by the Dutch Royal Family, which is renewing its original gift of 100,000 tulip bulbs.

"The embassy of the Kingdom of the Netherlands proudly takes part in the effort of covering Canada in 1.1 million Liberation75 tulip bulbs in honour of the 1.1 million Canadians who took part in the Second World War effort. We are especially grateful to those brave Canadian soldiers who have liberated the Netherlands," says Henk van der Zwan, ambassador of the Kingdom of the Netherlands to Canada. "The tulip tradition, started by our Dutch Princess Juliana in 1945, has led to the Canadian Tulip Festival in 1953. The tulip has become the symbol of friendship between our two countries and we are excited to be celebrating 75 years of freedom with all Canadians through to the end of 2020."

The tulip bulbs will be distributed to over 1,100 schools across the country and will be accompanied by a comprehensive education guide to explain the history of the liberation and to bring it to life through personal stories and videos, says Janna Glenn, general manager of Canadian Tulip Festival. The educational guide was produced by the embassy of the Kingdom of the Netherlands in partnership with the Canadian Tulip Festival.

The National Capital Commission, the official gardener of the Capital, is matching the generous Royal gift by purchasing 100,000 Liberation75 tulip bulbs for planting this fall.

"The National Capital Commission (NCC) will showcase more than 100,000 Liberation75 tulips in flower beds to commemorate the anniversary of the Liberation of the Netherlands," says Tina Liu, landscape architect, National Capital Commission. "The NCC, as official gardener of the capital has nurtured a proud and successful association with the embassy of the Kingdom of the Netherlands and the Canadian Tulip Festival that has transformed the tulip as the springtime icon of the region for almost seven decades."

The embassy of the Kingdom of the Netherlands is also offering royal bulbs to lieutenant governors in each of the Canadian provinces and territories through a collaboration with the office of the secretary to the Governor General in Canada. I asked Kate Gameiro, executive director and private secretary, office of the Lieutenant Governor of Manitoba, about the planting plans for the 750 bulbs slated to arrive mid-September. Gameiro says that the grounds team for the Legislative Building will plant 300 of the bulbs in Memorial Park in a highly visible raised bed near the corner of Broadway and Osborne.

Additional locations are being determined for the remaining 450 tulip bulbs. Next spring, Gameiro says, Het Loo Palace in Holland is also sending Lt.-Gov. Janice Filmon a special gift of a seedling of a Canadian maple leaf tree which was brought to the garden of Hei Loo Palace by Princess Juliana as a reminder of her time in Canada. The seedling will be planted in close proximity to the tulip bed. When the mass display of Liberation75 tulips are in bloom in Memorial Park next May, Lt.-Gov. Filmon will lead a ceremony to which the public will be invited.

Canadians are invited to join the campaign to honour the Canadian men and women who served during the Second World War by planting their own Liberation75 tulip bulbs. Michel Gauthier, executive director of the Canadian Garden Council says, "Gardens are an important element of our lives in terms of health, quality of life and environment. They are also an important element of our heritage and our history. This 75th anniversary Liberation75 commemorative campaign connects our gardens to our history. The tulip is a true symbol of who we are as Canadians."

Bruce Bradley is the general manager of Devroomen Bulb Canada, one of the partners of the Liberation75 campaign. Bradley says that the ideal time to plant your Liberation75 tulips this fall is four to eight weeks before the first hard frost and when the soil temperature is below 15 C. Choose a location that receives full sun and ensure that the soil is well-drained, as tulip bulbs do not like excessive moisture.

"Prepare your desired location by loosening the soil to a depth of 30 to 38 centimetres," Bradley says. Mix in a layer of compost (about five to 10 cm). "The Liberation75 tulip bulb should be planted to a soil depth of 10 to 15 cm, pointy end up," he says. Spacing should be 15 cm apart. "Backfill the planting holes lightly, do not compress the soil, water in lightly, and your bulbs will be ready for their long winter sleep," Bradley says. "You will be rewarded for your efforts with a dazzling and colourful display next spring."

You can purchase a bag of 15 Liberation75 tulip bulbs for only $15. Order your tulips at liberation75.ca, but hurry. There is also the opportunity on the website to share the names and stories of the people you are honouring by planting Liberation75 tulips. 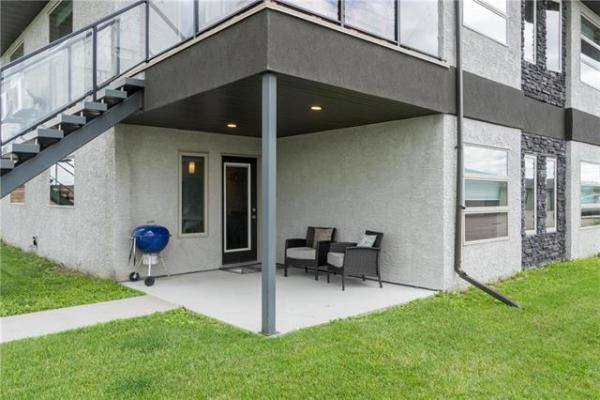 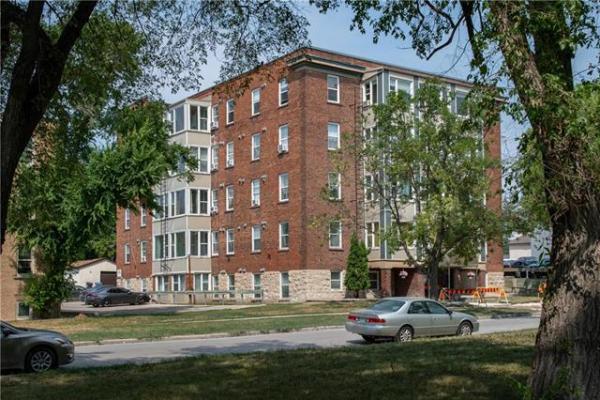