Gabe Brown is very much in demand as a speaker. Farmers and ranchers, large corporate food companies, community garden stewards and backyard gardeners flock to hear his message about soil health and land regeneration. It’s a message that applies to anyone who is serious about transforming degraded soil into healthy soil and restoring nutrient-density back into the food we grow.

Can’t wait to get your shovels in the ground this spring? Improving soil structure and soil fertility and boosting your production requires new skills such as no-tillage and the use of cover crops and cultivating a whole new mindset towards fertilizers, mycorrhizal fungi and weeds. Anyone can (and should) do it, says Brown.

Brown is the straight-talking author of the groundbreaking book, Dirt to Soil: One Family’s Journey into Regenerative Agriculture (Chelsea Green Publishing, 2018). A Bismarck, N.D., farmer, Brown once farmed conventionally using tillage, fertilizers and herbicides. It was what he learned in college when he studied agriculture and what almost every farmer at the time was doing.

Years of drought that resulted in severely degraded soil and descending profits spurred Brown to begin experimenting with new methods of managing his soil by learning to understand soil’s biological components.

"Realize that the same holds true whether we’re talking gardening or a large-scale farm," says Brown. "In the past we looked at soil as a chemistry step — the physical component (sand, silt, clay) and the chemical component, in other words, nitrogen, phosphorus and potassium. Unless gardeners and farmers understand that the whole nutrient cycle and water cycle is all driven by biology, they’re not going to truly have healthy soil and most importantly, especially in the case of gardening, they’re not going to produce nutrient-dense food."

The nutrient density of our fruits, vegetables and herbs is directly related to the biology in the soil. The more biology we have in our soil, the more nutrients that are going to be cycled and made available to plants.

"That correlates directly to human health," says Brown, who is passionate about the need for all of us to change our focus from traditional practices to a more biological-focused approach.

How many of us believe that ordering two or three yards of a three- or four-way soil mix each spring and then working it into the top layer of our existing soil will fix our soil problems? That’s what I used to do. "We all did," says Brown. Today, Brown follows five principles of soil health: limit disturbance, armour the soil surface, build diversity, keep living roots in the soil, and integrate animals. Each one of these principles is described in-depth in Brown’s book. Some, such as building diversity and attracting pollinators, we’ve already embraced, but limiting soil disturbance is another matter.

Tillage continues to be a very common practice by many gardeners. Brown has had a no-till garden for more than 25 years. "Tillage immediately destroys soil structure, decreases water-infiltration rates and accelerates the breakdown of organic material," says Brown. His no-till approach is about limiting disturbance to the soil in order to improve soil structure and grow nutrient-rich, deep topsoil with healthy water infiltration. Excessive spring tillage risks loosening organic soil to the point of causing erosion, increased water evaporation, reduced soil fertility and reduced seed germination. Less tilling and hoeing has been shown to increase yields.

"When gardeners rototill the soil, they are destroying the mycorrhizal fungi," says Brown.

Think of mycorrhizal fungi as the streets and avenues of the soil that transfer nutrients to your plants, says Brown. Severing these delicate thread-like hyphae networks ultimately results in fewer nutrients for animals and people, too.

But wait, can’t you just buy a box of mycorrhizal fungi and add it to your soil? "There are over 175,000 species of mycorrhizal fungi," says Brown. "What do you suppose that the two you need are in that container"? One of Brown’s business partners, Dr. Allen Williams, has conducted five years of intensive research on mycorrhizal fungi. What he found, says Brown, was that most of the products sold today contain humate which is a carbon carrier. "The response that they were getting in the test gardens and plots were from the humate, not from the biology," says Brown. "The fungi are dead by the time you apply it in the garden." Humates are composed of various forms of carbon. "You are getting a response because it’s the carbon compound that is feeding the existing biology in your soil."

Brown also says that we need to rethink — in his exact words, back off — the use of synthetic fertilizers. "Synthetic nutrients are detrimental to soil health," says Brown. "They have a negative impact on mycorrhizal fungi that are naturally in the soil and they have a negative impact on soil aggregation." Soil aggregation is integral to soil structure. Briefly, soil structure refers to the way that individual soil particles are grouped together. These formations are called soil aggregates. Good aggregate formation is essential to improved seedling emergence, root growth, and water infiltration as well as water drainage.

Armouring the soil means maintaining plant residues on the soil surface. In nature, says Brown, bare soil is not normal — that’s why we have weeds which are nature’s way of covering the soil. Armour is beneficial to both plants and soil biology by helping to buffer soil temperature fluctuations, says Brown. Planting cover crops is one method. You might for example grow cover crops such as clover, sweet clover and vetch in one part of your garden and vegetables in another. The next year, you can switch the two and that way, says Brown, you are always growing cover crops.

Brown plants a diverse mix of vegetables and in the fall, after harvest, rolls what is called second-cut alfalfa hay over the entire garden. Earthworms and soil biology feed on this layer over the winter and in spring, he plants into the remaining residue which also inhibits weeds from growing. By July, when soil biology has consumed all the residue, Brown spreads a thin layer of woodchips to help the fungal component in the soil.

Brown credits Jon Stika, author of A Soil Owner’s Manual, as well as Jay Fuhrer and Ray Archuleta for being the first, to his knowledge, to refer to the five principles of soil health. In late January, Brown and Archuleta gave a full-day workshop in Rosa that was hosted by Seine-Rat-Roseau Watershed District (SRRWD). The event was attended by more than 130 people. "We felt that the information presented was very innovative," says Jodi Goerzen, district manager for SRRWD. Goerzen says that although organic farming and zero tillage practices are more common now, conventional agricultural education is still the norm. "More research is needed on how regenerative agriculture can work within conventional agriculture research," she says.

Brown has now added a sixth principle: context. The crops we grow should be suitable to the environment we live in. For instance, there’s no point in trying to produce crops that require a great deal of water in a desert environment. That would be out of context and not very productive. 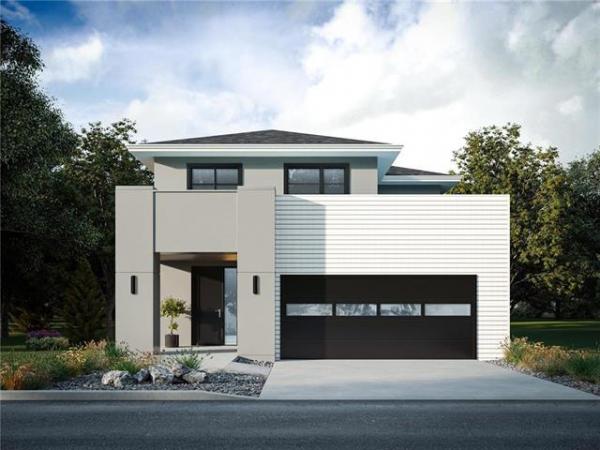