On occasion, recent client inquiries provide the opportunity to revisit some older topics, such as the unobtrusive bay window fix, which has benefitted many clients in the past. This approach avoids the flow cold air from below the cantilevered area of the bay window and helps diminish the draftiness sometimes associated with such windows.

This method has proven successful on many occasions. And judging by the number of inquiries received after the last column that addressed such a project, there are many households that experience the same unwanted cold within the room with a bay window. One of the more challenging bay window fixes in recent months was a double corner bay, addressed in mid-October of last year. There are two bay windows set in the front corner of the house, and they meet in a 45-degree corner at the corner of the house’s footing. It would be a matter of treating each protrusion as a separate entity, all-the-while planning for a congruous aesthetic when completed.

Both of the areas directly below each bay window were cleared of debris, and dug down slightly below grade. A 6mm grade vapour barrier was laid out along each of the base areas, with enough material to envelope the entire frame from top to bottom, and front to back, once constructed. Using two-by-four treated lumber, the long back pieces for each cavity were first cut to length, angled at the joining corner to match the forty-five-degree angle of the bay window design above, with a slightly inset face. The support risers were each cut one-by-one, to closely match the ground deviations. Once the back support was built, the front face was then constructed and set into position below each window. Lateral supports were then added to ensure the face was both level and plumb, and parallel with the house.

With the framing completed, R-14 insulation was used to fill both cavities, and the vapour barrier wrap was then completed by affixing the ends in an overlapped manner by first using a staple gun, and taping all the seams with blue-grade Tuck tape. All the visible corners that meet the existing house were then caulked.

To sheathe below both bay window structures, half-inch treated plywood was cut fit and subsequently secured to the framework using two-inch ceramic screws. All corners of the plywood sheathing were then caulked again to ensure the best potential to eliminate airflow within either boxed cavity. Once the caulk had dried, the sheathing was primed, and then painted with a high-grade exterior paint that closely matches the existing stucco footing and front concrete step of the house. The decorative rock that had been moved to build the framing was then repositioned against the painted sheathing, to complete the process. After completion, the light grey paint blends so well with the greys of the concrete step and the stucco footing, it looks as though the bay window never cantilevered above an empty space. These added structures below the bay windows will now prevent cold air from rushing below and causing unwanted drafts within the living space.

The province of Manitoba experienced some very cold nights during the months of December 2020 and January 2021. It was nice to learn from past clients that the bay windows fixes had been successful, in that any difference in temperature within the room where the bay window exists, were negligible this winter — the fix works, and my clients are thrilled. There are already a few new and impending bay window fix projects on the horizon. If tackled this coming fall before the snow flies again, once again a barren room will be transformed into a functional and comfortable space, despite the frigid outside temperatures of the harshest winter months. 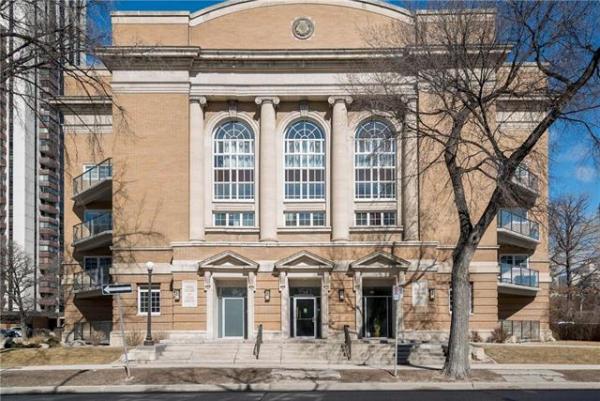