Question: We have a flat roof and the loud cracks in certain times during the winter months are very scary. Is there something that can be done ?

Your reply is much appreciated.

Answer: There are some issues with homes in our climate that have simple explanations, but otherwise cannot be remedied. Your question about unusual noises is one of these issues, which is a common complaint from occupants of older homes.

Most noises in our homes are due to loud music being played, rambunctious kids, annoying appliances, or excessive traffic noise outside. While these are easily explained and remedied, some other offensive sounds are not. Your complaint of unusual cracking noises during the winter is a common one from occupants of homes built pre-1980’s. Just this week I had a call from the parent of a client with the same concern. He, like yourself, was wondering if there was anything seriously wrong going on with the loud banging noises he has heard during the long, cold winter nights. While he has experienced this for many years in the home, it appeared to be recently getting worse or louder. I suspect that the problem may be slightly worse than before, maybe due to more extreme weather recently, or he is getting more perceptive to the sounds.

The simple explanation for what is occurring in your home can be attributed to thermal expansion and contraction. Your home is made up of various individual building materials that are held together with various fasteners and adhesives. Particularly the wall, floor, and roof framing materials, are susceptible to slight movements due to their fastening methods. When the temperature inside or outside changes dramatically in a short period of time, significant shrinking or expanding can occur. What time of year do we see these dramatic temperature changes?

In the winter we may have a temperature differential of 20 C, or more, between daytime highs and nighttime lows. Also, the sun during the day can be very intense, warming not only the exterior of our buildings, but air within attic spaces. As soon as the sun sets in a typical sunny Manitoba winter, the air temperature within our attics can drop suddenly with the lack of solar radiation. This temperature drop can cause rafters and ceiling joists, especially those built of very dry, brittle, older Douglas fir, to suddenly shrink. This may put pressure on the fasteners, or even wood components that are adjacent to each other. This pressure may continue to build, and suddenly release at any time, as minute movements occur between building components. Often, this movement will happen in the middle of the night, as the framing has reached its coldest temperature and minimum dimension.

Also, older homes have more smooth nails used to secure these wooden members, which may be very dry due to age. These nails may allow more framing movement than modern mechanically fastened systems. To compound these issues, older attics are typically stick-framed with individual rafters, as opposed to stronger truss systems used in the last several decades. With your flat roof system, the various plies of the roofing membrane may be impregnated with black bitumen, which will absorb even more heat from the daytime sun. When significant expansion — or more commonly contraction — happens, loud noises can suddenly be omitted from the offending materials.

I often use the analogy of tectonic plates below the Earth’s surface to explain this phenomenon. As we know, earthquakes can have very sudden and devastating consequences from a buildup of pressure between these components deep below the Earth’s surface. When that pressure suddenly releases, there is a burst of energy strong enough to rattle buildings and create intense movement. These phenomena are usually short lived, but can be fierce in intensity. That is similar to what is happening in your home, particularly prevalent in attics and roof systems, but can also occur in the wall or floor framing.

As the framing shrinks with the cooling night temperatures, it builds up pressure against bordering materials, held together by mostly metal fasteners, which can be even more susceptible to thermal expansion. Once this pressure exceeds the maximum, sudden, slight movements can release large amounts of energy, in this case causing loud noises. The cracks or bangs you are hearing are the manifestation of this sudden release, which just as quickly abates, as the pressure suddenly drops.

Is there anything you can do to prevent this issue from happening and is it getting worse? I suppose taking small measures to minimize your household’s impact on climate change may be about the only preventative measure, however miniscule. This issue may be slightly worse in recent years due to increasing erratic weather patterns. We seem to be having more dramatic and frequent freeze/thaw cycles each winter, which can increase the temperature differential causing the noises to occur. Learning to ignore or accept the typically harmless cracks and bangs coming from your home in the middle of the night is about all you can do.

Understanding that slight movements in building components from thermal expansion and contraction, which is typically harmless, is responsible for the loud noises you are hearing should ease your mind. However, finding a solution that will stop this from occurring will probably be futile and a waste of time better spent on other home maintenance issues. 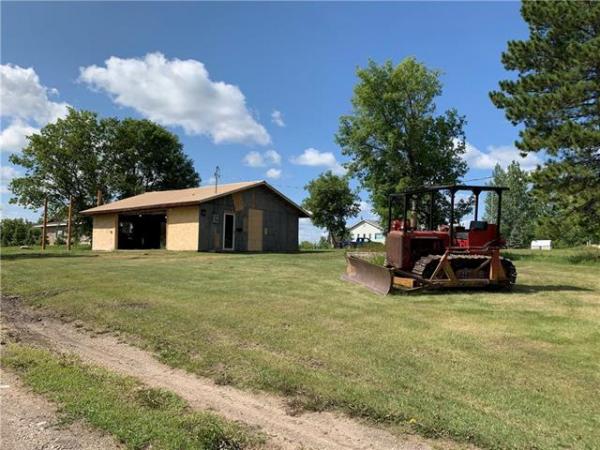