Fill area under porch with crushed stone rather than concrete

Question: Just saw your article online about cold storage rooms in basements and was wondering if it is recommended to completely fill it in with concrete?

We live in an older house, with cold storage under the front porch, which is leaking in certain spots, quite a bit. The foundation for the cold room is concrete block but the foundation for the house is poured concrete. We have some mould from the moisture, which likely comes after it frosts up in the winter. It’s a pain and we wish we could rip it down and build a new porch, but that is probably costly. We have looked into waterproofing, but we don’t want to spend the money if we don’t really care about the room. We just want to find the most economical and safe solution to this problem.

Honestly, we just want to fill it in and forget about it. With the mould, is this OK? Any suggestions?

Thanks in advance, Karen N-L.

Answer: Filling in a problematic cold storage room under your front porch is a simple way of eliminating your persistent moisture and mould issue. Using granular fill, instead of concrete, is a better idea, with less cost and work involved.

For simplicity sake, eliminating an unheated, leaky cold storage room in your basement is a wise decision. Other alternatives would be to excavate and install a waterproofing membrane on the exterior, but that would still require further renovations. Installation of moisture-resistant insulation, either on the exterior or interior, would also be required. As well, a source of heat would be the final step to ensuring the room was usable as part of the living space. Removal of the door may successfully achieve this last step, as long as a basement heat source was nearby, with good air circulation. Regardless, getting rid of the room, altogether, may be the path of least resistance, as long as the storage space is not essential.

Because the room is built underneath your front porch, it likely has a structural role in addition to the cold storage component. It was probably located where it is so that it could act as the foundation for the porch, while providing an unheated area for cool storage. Because the ceiling of the room is likely the concrete landing of the porch, it will not retain much heat and will make the storage area considerably colder in the winter. While this may be effective to have a cool space adjacent to the rest of the basement area, it is a definite recipe for condensation.

Since the walls of the cold room were constructed of concrete block, instead of poured-in-place concrete like the remainder of the house foundation, it has both advantages and defects. The main downside will be the leakage that you experienced. This is happening either due to a lack of proper damp-proofing on the exterior surface, movement of the blocks, or both. While the builder likely applied proper damp-proofing to the concrete foundation, it may have been left off this area. Because the concrete blocks are somewhat porous, they would allow ground moisture to penetrate the finished foundation walls. Both the blocks and the mortar between would be subject to wetting, and eventually the mortar would deteriorate. This could be a major source of moisture intrusion, along with the cold-related condensation. The only remedy to this would be complete exterior excavation and water-proofing, which would be costly, as you have stated.

The benefit of having block walls for this below-grade room is that only a portion could be easily removed, without compromising the complete structural integrity of the porch foundation. Removing only a few blocks would allow a large enough opening to access the space from the exterior. This could be done before or after sealing off the house foundation where the door currently exists. It is essential to properly fill in that area with concrete or masonry products, to prevent damage and leakage after the job is complete. Once that is done, that foundation wall portion should be water-proofed before the final portion of the project is attempted.

It may be fairly simple to dump a load of wet concrete into the cavity beneath the porch, once the above steps have been taken, but that has its concerns. Primarily, the weight of all that concrete in a concentrated area could cause the entire porch to settle, over time. Because cured concrete is extremely heavy, it may leave an unusually high load on the soil in that area, relative to the rest of the home. Also, the cost would be substantially higher than other forms of natural materials.

Using granular material, instead of concrete, would be a much better idea to fill in the void where the cold room is located. This could be anything from crushed stone, to pea gravel, river stone, or sand. As long as it provides some form of drainage, in case of further moisture leakage into the space, it will work. This could be dumped or shoveled into the cavity, through the hole made by removing some of the blocks. Once complete, that opening could be filled in with more blocks, or with a pressure treated wood cover that would allow future access, if needed. Drilling a few holes in the concrete floor of the former room should also be done, prior to backfilling, to improve drainage.

Getting rid of a nuisance cold storage area under your front porch by filling it in is a practical solution, but some potential future issues should be considered. Using granular fill, instead of poured concrete, will allow these to easily be addressed, preventing further movement and moisture issues in the future. 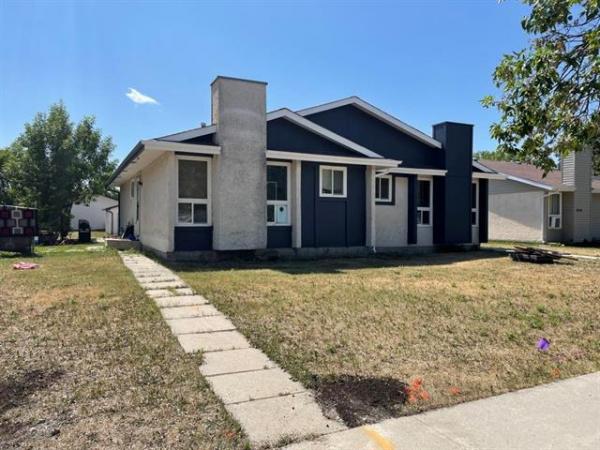