Questions: We read an article awhile ago about a homeowner who had flickering lights in his house, after he had the knob and tube replaced. The homeowner had electricians come back and they changed everything and the problem was still happening. Do you know if this problem was ever resolved? We are selling our home in the spring and we had our knob and tube wiring replaced in 2017. We have the same problem, as of a year or so ago, that this other homeowner had. It only happens in the morning, for five to ten minutes, then totally stops. Even when we open the fridge the light flickers in there, too.

Manitoba Hydro were down recently, checked things outside, and said that it is not an outside problem. They suggested we get an electrician to check the breaker panels.

Answer: Diagnosing an unusual, albeit minor, electrical issue may be very time consuming, costly, and not worth the effort. If the problem gets worse, occurs on a regular basis, or other issues are seen with the electrical system, then calling a more experienced electrical contractor to investigate the defect may be in order.

It is very commendable for you to endeavour to figure out and repair the small electrical issue you are having in your home, before you put it up for sale. Fortunately, there should not be a scenario where this is required, as long as you identify the issue on any property disclosure documents you fill out. As long as you disclose this issue to the future purchaser, you will have fulfilled your ethical duty. It is likely a minor issue to most people, but may seem more serious to you because it occurred after major rewiring was done, at considerable expense. You should also contact the contractor who did the K&T removal, who may have an idea what is occurring, if other customers have experienced the same issue. At a minimum, the contractor should revisit your home at their cost, observe the problem and propose a possible solution.

While your electrical problem may be tied to the complete upgrade of the wiring in your home, it may also be due to something else. There are numerous scenarios that could cause the short flickering of the lights in your home, when first turned on. I am purely speculating, but this could be due to a small power surge, a loose or corroded main ground, bad connections between older fixtures and the new wires, or a mechanical problem with some appliance in your home. I am sure that a Red Seal electrician could name a dozen or more issues that may lead to this minor problem. The real trouble may be the difficulty in locating the source of the issue, especially since it began to occur several years after all the upgrade work was complete.

Calling the electrical utility, Manitoba Hydro, was the logical place to begin the investigation of the light issue. I am sure they provided the house call at no cost, and should have checked the main service wiring, service entrance and mast, and the connections at the pole or box. If there were any defects in these locations, the repairs would have been scheduled or completed at that time. Since the problem persists, the next logical location for an issue is the electrical panel. I would suggest that the K&T removal contractor open the panel and do a thorough visual inspection. If there are any unusual or loose connections, corrosion, cut wire sheathing, or damaged breakers, then a quick repair is in order. The main ground wire should also be examined, to ensure it is not disconnected or loose at either end. Often, the clamp that holds this bare wire to the main water supply pipe entering below the meter can loosen, over time. I would hope that the Hydro technician inspected this during their visit, but scrutiny by an extra set of professional eyes does not hurt.

As for your question about the follow-up on my previous article, I rarely get feedback from the respondents, especially since the question may have been sent to me months, or even years, prior to publication. I keep most inquiring e-mails for future use, especially if they are similar to others I have recently answered, or currently have stored on my hard drive. So, I am not sure is their similar issue was successfully resolved, and may have little chance of finding that out.

As for the flickering light issue, it does appear to be a very minor problem, especially since it only occurs first thing in the morning and quickly abates. It may not even have occurred to many homeowners to note it as a defect. You may be more sensitive to the light anomaly since you have gone through the significant renovation of your electrical system, likely at the request of an insurance provider. While the upgrades will make that system much safer and less likely to cause an injury or a fire, there is almost no visible benefit to spending all that money. Unlike new kitchen cabinets, flooring, or appliances, new wiring will be hidden from view. That can make some homeowners more aware of systems that are otherwise taken for granted.

Spending additional funds trying to figure out your short-lived morning light issue, beyond those already shelled out for the K&T removal and upgrades, may not be prudent. If any more significant electrical defects are noticed in the future, or the flickering becomes much more frequent, then another Red Seal electrician should be consulted. 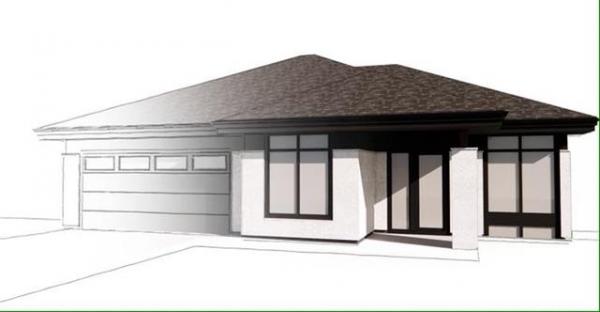