I ask because I can see a small gap in the garage floor, near the house foundation, where the concrete is slightly pulling away, just a little. Is this normal? What is in this gap? I don’t want there to be any chance that an animal could get in. Should I pour in something to fill it, or is the floor not supposed to be attached to the wall?

I appreciate your help. I don’t have anyone to ask and I’m concerned.

Answer: A small gap between the concrete garage floor slab and the house foundation is normal, as they are adjacent but not typically connected. Filling the gap in is a good idea, as long as you use a flexible sealant that will allow further movement to occur without causing any other problems.

Anyone who has owned a home in our area knows about the amount of potential movement in concrete slabs poured on grade, due to our expansive clay soil. For a garage floor slab there should be a well compacted granular layer beneath the concrete, but that is often not the case. Since the floor is poured not that long after the garage grade beams, builders are often reluctant to bring in heavy compaction equipment to ensure this base is really solid. Too much purposeful vibration could cause cracking or movement in the fresh concrete foundation, leading to serious structural problems. It is a good idea to wait several months before pouring the floor, but that is rarely possible due to typical construction schedules. So, most attached garage floors are poured over minimally compacted stone, often partially accomplished by construction traffic.

Because of this dilemma, especially in a winter build where the soil may be frozen most of the time, floor slab movement is a given. It is not unusual to see hairline cracks appear in a garage floor only months after completion. This is normally followed by some settlement or heaving in the next few years. Normal erosion of the backfill outside the house and garage foundations can also increase the amount of slab movement, if not regularly built up. So, if this large, heavy concrete slab was attached to the house or garage foundation walls it could cause some major cracks in those structures from the movement. It is much better to leave this "floating slab" independent of the concrete foundation walls.

Driving and parking heavy vehicles and equipment on the garage slab over many years may also have an effect on its stability. Especially in years when there is little precipitation, as in the past several summers, the soil under the floor and around the garage can dry out excessively. This will cause the clay to lose some of its structural integrity, allowing the floor to sink further. As this occurs, the floor may pull away from the foundation, leaving the small gap you are observing. This may have previously been filled with concrete, or some other material, which has also deteriorated.

Filling in this void is not critical, as it may decrease somewhat when the soil moisture is replenished. Since you are seeing this gap adjacent to the house foundation, which is the furthest from the exterior soil, it is less likely to decrease in size. So, filling in the gap may be a good idea to prevent pest intrusion and further evaporation of moisture in the soil underneath. Since the original concrete has not succeeded in filling the gap as things moved or deteriorated, using a different approach is warranted.

If the gap is less than about one centimetre wide, filling it with caulking should be the simplest approach. Ensure that the sealant is designed for exterior use, preferably designed specifically for concrete applications, before installing with a standard caulking gun. If the gap is larger, filling it first with a flexible foam rod should ensure your caulking does not all disappear into the void when applied. The main thing to avoid is installing any kind of filler that is not highly flexible, otherwise it will not last more than a short time and may improperly fill the space.

Your concrete floor in the attached garage should not be secured to the foundation wall of your home, to allow for normal settlement due to soil expansion and contraction. Filling the gap with flexible, exterior grade sealant from an easily sourced caulking tube should prevent pest intrusion and other minor issues. 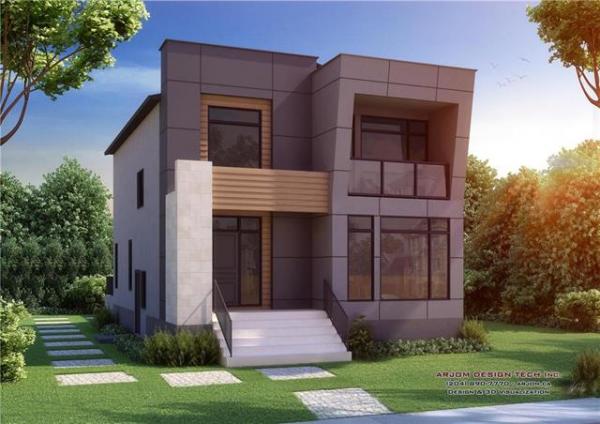