Fresh air worth a bit of frost

Older intake ducts have role to play in airtight homes

Question: My house was built in 1984, with a forced-air heating system and a standard efficiency natural gas furnace. The furnace was replaced 15 years ago with a high-efficiency unit. During the recent cold snap, I noticed that one of the ducts in the basement was covered in frost. I don’t know why I never noticed it before now. Upon investigation, I found that this duct is connected to the return air duct, and is drawing outside air into the system. I assume this was standard practice back then, but I am wondering if, with a high efficiency furnace, this duct should be disconnected. Any explanation and advice will be much appreciated. — Gord

Answer: Fresh-air intake ducts have largely been replaced by mechanical ventilation systems, but should still be a valuable item to keep, despite a little frost during cold weather. Due to the increasing air tightness of our homes, bringing in fresh, outside air remains just as important as with your old furnace.

There are two main reasons homes roughly of your vintage had ducts installed to allow fresh air to infiltrate the basement. There were also two main types of these fresh-air intakes: open-ended and those connected directly to the return air ducting or furnace plenum.

The first type, which was typically a partially or fully insulated duct that terminated near the furnace, was primarily for combustion air for the furnace and natural gas water heater. This duct, normally ending near the furnace vent hood with a large loop near the bottom, was installed primarily to allow enough air into an insulated basement to prevent back-venting of the natural gas heating appliances.

As homes became more airtight from the 1970s on, depressurization of basements became a fairly common occurrence. This often happened in very cold weather, when the furnace and water heater burners were both firing, especially when the clothes dryer was in use. Because of the design of older, natural draft furnaces, a large amount of indoor air was forced up the vent when they were in operation. This air diluted the exhaust from the furnace, allowing safe expulsion of dangerous products of gas combustion up the vent or chimney. Gas water heaters had much the same design, but with more limited volume. The dilution air for these appliances was drawn directly from the basement, so supply could be limited, especially in homes with enclosed furnace rooms. If the laundry was also in this area, again quite common, an operating dryer would further draw a large volume of air from the space. With all three appliances running simultaneously, a lack of air was likely. This could cause the air pressure inside the basement to be lower than outside the home, a situation commonly known as depressurization.

If not enough air was available for proper dilution, dropping the air pressure in the furnace room, the products of combustion from the furnace and water heater could stall inside the vent, and even be drawn back downward toward these burners. With water heaters, this often caused the burner and pilot light to extinguish, shutting off the device. With a furnace, that could also occur, but it was more likely the exhaust would back-up and enter the basement through the vent hood. This could create a very dangerous situation, with CO and CO2 gasses entering the house air. With an open fresh-air intake installed near these gas heating appliances, fresh outside air would passively be drawn into the basement, which would increase as the pressure dropped. This larger volume of fresh air would not only supply sufficient combustion air for the appliances, it would also equalize the lower pressure, preventing hazardous back-venting.

The second function of an open vent is the same as for the plenum-terminating duct in your question. When not drawing needed air for combustion, the fresh air duct would allow some fresh air to naturally infiltrate the home. This clean, dry, outside air would supply the house air with a volume to replace the stale air leaking out by other means. The exfiltration would occur through older windows, doors and poorly sealed junctions in other areas of the home. Also, exhaust fans in kitchens and bathrooms do an excellent job of eliminating stale air and diluted moisture from the home. This “dirty air” has to be replaced, and having a dedicated opening and duct to facilitate this process may help prevent drafts in other areas of the home.

Having the fresh-air intake duct connected directly to the furnace circulation ducting will allow this make-up air system to function properly, but without providing combustion air for the furnace. Since your new furnace does not have a vent hood, and should have its own dedicated plastic combustion air piping, there is less likelihood of depressurization in the basement. Regardless, the building enclosure of your home is now more airtight than before, especially if you have upgraded the windows, insulation or water heater. That means less fresh-air infiltration, so increased supply is warranted. The simplest way to get that is by leaving the current duct in place. The frost will likely only occur during the coldest weather, which may be why you have not seen it before this extremely cold period. You may be able to minimize the front with better insulation on the metal duct, or by just temporarily warming and drying it during this type of cold spell.

Leaving an older fresh-air intake duct in place, even with occasional frost development during bitterly cold weather, is advisable. Especially if you have done building-enclosure tightening or undertaken energy-efficient upgrades to your home, maintaining this fresh-air intake mechanism may be critical for good indoor air quality. 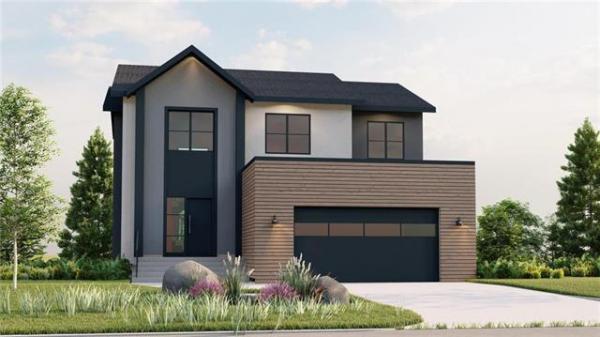