Question: I have two questions. My first question has to do with the removal of stipple from the living and dining room ceiling. The house was built in 1950, and the walls and ceiling were drywalled and then plastered. I was thinking about scraping the stipple off the ceiling, then thought I should just put strapping and put 5/8-inch drywall over top of the existing ceiling. Then, I thought I should remove the old drywall and plaster from the ceiling. I have already removed most of the interior walls and it was extremely time consuming. The reason for removing the drywall from the walls is to address the insulation issue. The other question has to do with the insulation in the walls. I know the R-value is not that good and I would either like to add more insulation over top of the existing insulation or remove the old insulation and put in new batts to fill the cavity.

Thanks very much for your answers and direction, Brian B.

Answer: Adding another layer of drywall over top of cracked, deteriorated plaster is the best way to ensure the best, longest lasting job possible and will not require removal of the old ceilings. There may be more than one option for that and insulating your exterior walls, which will also make them better looking and warmer.

Removing stipple from an older ceiling may range in difficulty from moderate to nearly impossible. If the stipple material is older and has been painted several times, removal may be like attempting to scrape concrete off the plaster surface. If it is a newer, thin layer, often sprayed-on, then it makes more sense. If that type hasn’t been painted or modified, it may be easily removed with a standard putty knife or drywall trowel. The simple test for this is to find a small, less conspicuous area and attempt scraping it. If the pebbled finish comes off with minimal pressure, that may be an option before patching and painting.

If it is a typical older type of stipple that may have been trowel or roller applied, then you will find it difficult to scrape even a small area smooth. In that situation, or if you have many cracks or deteriorated plaster surfaces, covering with a new layer of drywall will be a much better choice. There are two typical ways of accomplishing this, but neither should require removal of the old plaster ceilings. You have identified the first way, to strap the entire surface with thin wood strips to allow a good substrate for securing the fasteners for the new sheathing. This is often done on ceilings that are very uneven, no longer straight or level, or where there is major damage or deterioration. This allows the wood planks to be shimmed, which can create a nice straight ceiling over top of a crooked one. It is a good method, but is time consuming and requires costs that may not be necessary.

If your ceiling condition is not too bad, applying a new layer of drywall directly over the old materials may be a simpler option. This will require much longer fasteners and a bit more planning, but will save the complete step of cutting, shimming, and securing the wooden strapping. Before either method is started, the location of the ceiling joists should be marked and the old plaster partially secured with moderate length fasteners. Because of the weight of the old ceiling materials, and older securing methods with common nails, the older surface may have pulled away from the framing behind. Re-securing the older plaster with hardened screws will ensure the new ceiling is firmly fastened and will not sag or crack at the seams over time.

Once the centres of the ceiling joists are located and marked with a chalk line, push the ceiling slightly upward with a brace and drive in appropriate length screws, just below the surface, with a cordless drill or drywall gun. If the plaster is loose, you may create a fair number of new cracks, but these will be of little concern when covered with new sheathing. Once tightened, the old plaster and drywall lath can be completely covered with new drywall, fastened with even longer drywall screws, ensuring that any seams are joined directly over the ceiling joists. This new surface will be much smoother than the older one and will be cosmetically superior, once it is properly taped and sanded.

As far as the insulation in your older exterior walls, the level from the pictures you included seems to be very minimal. A typical two by four wall cavity with batt insulation is usually R-12 to R-14. The small amount of mineral fibre seen in your current situation may be half or less than that total. The paper backing may help somewhat as an air barrier, but does not add anything to the thermal resistance. Complete removal of the old stuff is a no-brainer, but you do have a few options for replacement.

The most common replacement would be with fibreglass batts, which would yield approximately R-12. Upgrading to modern mineral fibre may boost that by a couple points, and using high density polyurethane foam may achieve up to R-20, but the cost will be much higher and will require professional installation. Another alternative would be to increase the wall thickness, simply by strapping the inside of the studs. This would allow you to achieve the higher level of thermal resistance with less cost. It will also more than compensate for the thinner new wall coverings, but will likely require furring out the window and door jambs, which will add to the effort and cost.

Installing a layer of drywall over your old ceilings will allow for a much better product once complete and should be worth the effort and expense. Discarding the old exterior wall insulation and replacing it with new material will help make the house warmer. But making the walls thicker by adding framing on the inside will allow even better thermal resistance, albeit with additional cost and labour. 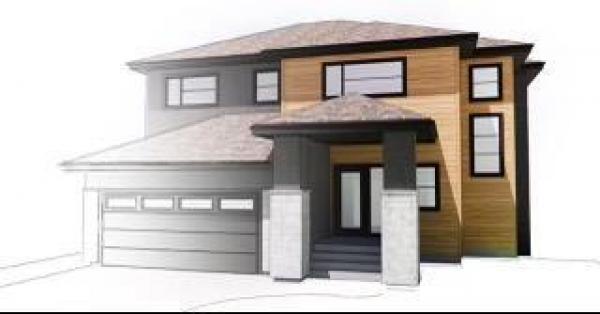