The Japanese Cultural Association of Manitoba, 180 McPhillips St., opened to the public in 1987. The centre offers a wide range of programs which are designed to promote and enhance the understanding of Japanese culture. The centre also serves as the site for a beautiful Japanese garden. Built by Yoshimaru Abe who was born in Japan in 1914 and came to Canada with his family in 1927, the garden is an enduring cultural experience.

Prior to building the garden at the centre, visitors to the Japanese Folklorama exhibit in 1971 and in the years following had the opportunity to see a Japanese garden recreated by Abe. Using moss, rocks, and pieces of wood, Abe recreated an authentic Japanese garden on a concrete arena floor.

A gardener is called niwashi in Japanese. Abe was the distinguished niwashi at the Japanese cultural centre’s garden into his 90’s and was followed by Sam Matsuo, who maintained the garden for 10 years. Both Abe and Matsuo were assisted by dedicated volunteers. Today the niwashi is Raymond Normandeau, who has been involved with the centre for several years as well as in the building of the garden at the Japanese Pavilion at Folklorama. Normandeau will oversee an expansion of the garden at the Japanese Cultural Association — which is slated to begin this fall.

In Japanese gardens, says Normandeau, pines are used to create screens and intimacy. "We create illusions in our garden." Here, mugo pine takes the place of the traditional black pine. A mature mugo pine adjacent to the entrance to the enclosed garden is an impressive example of cloud pruning, known as niwaki, the Japanese method of training trees into shapes resembling clouds. Each one of the mugo pines in both the front garden and enclosed garden have pristine, bright green needles without any sign of browning despite exposure to full sun during the winter.

"In Japan, a Japanese gardener will spend days picking out dead needles by hand and sometimes this means climbing into large trees," says Normandeau. He selectively trims the mugo pines in the garden to allow more air and light into the centre of the plant but also to expose the trunk and reveal the character of the bark.

My first visit to the garden was in July. Normandeau had assembled a small stockpile of granite stones in preparation for the planned expansion. On my second visit in August, the stockpile had grown significantly. To many Westerners, a stone is a stone is a very big boulder. But in Japanese garden design, stones possess far more qualities than mere size. It is not only the shape of a stone and the individual character with which it is imbued, says Normandeau, but also thoughtful selection and placement of stones that play a central role in Japanese garden design.

"There are many different types of Japanese garden designs," says Normandeau. "One of the most famous is RyÅan-ji, a Zen temple in northwest Kyoto, Japan. It is an example of a rock or dry landscape garden, known as karesansui." When Abe created the inner garden at the centre, he installed a dry landscape garden. He built a wooden rake with wooden teeth and used it to create patterns in the pea gravel.

What purpose does a dry landscape garden serve? "Traditionally, a dry landscape garden would be a meditation garden that would have been part of a Zen temple," says Normandeau. "The purpose is to sit and clear your mind. It is a sensory experience. There is nothing to distract you other than a few rocks. You may look for meaning in the rocks – the dry landscape, for example, might be an ocean with waves and the rocks might represent islands – but mainly, the purpose is to not have any distraction."

Normandeau rakes the pea gravel every few weeks using a special wooden rake that he has made. The raking and the design that is created is at the discretion of the gardener. "At a temple, it would be apprentice monks who are tasked with carefully raking the sand or gravel and it is supposed to teach patience and perseverance," says Normandeau.

The dry landscape garden is accented by expanses of cedar decking in angular shapes. A magnificent two-metre-tall carved stone pagoda lantern from Japan stands in one corner of the garden. There is also a white granite bench which was made locally. There are also stone wash basins for visitors to purify themselves by washing their hands before entering the garden or building.

A Japanese garden is not like a European garden where there is an abundance of flowers. Often, change in a garden – plants coming into bloom, for example – is part of its appeal. But in a Japanese garden, says Normandeau, apart from seasonal colour, change is very subtle. There are many different shades of green in a Japanese garden. The emphasis is on form, shape, texture, as well as narrative. This applies to both plants and materials.

The wooden bridge at the entrance to the inner garden, for example, is part of the narrative. Its patterned stone surface with both smooth and rough textures is meant to (safely) slow down your step. There are many Japanese expressions, says Normandeau, to describe how you lay the stones. There is the flight of the plover, for example, which means a zigzagging sidewalk. Different textures are intentionally used to create the sense of a private, calming space.

There is also narrative in the fence design with its inset panels that create shadow. A trellis-type extension at the top of the fence lets in light — an acknowledgement and invitation, if you will, to the outside world.

The size of the enclosed garden is about 200 square metres. The outer garden is much smaller but the new expansion — which will be built on top of a parking lot just as the other two gardens are — will add another 100 square metres of garden space. Normandeau may incorporate a meandering path surrounded on both sides by plants. The plants will be selected according to criteria such as shape and texture.

To learn more about the garden and the Japanese cultural centre, visit jcamwpg.ca. 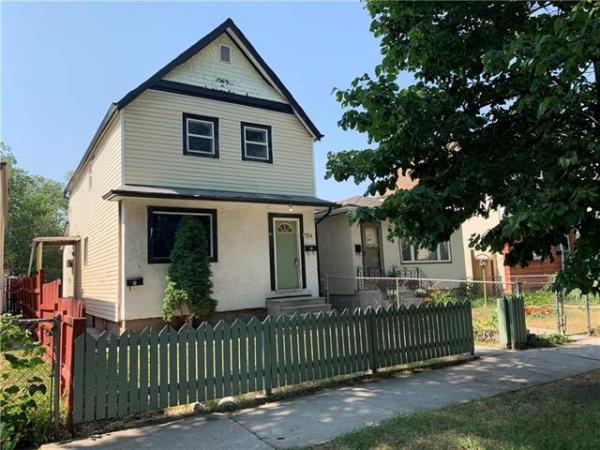