LED there be light

With no travel or vacation plans for the Labour Day long weekend, and because the weather forecast was much cooler than anticipated, it seemed the perfect time to tackle a property upgrade that had been postponed many times over the years. Finally, my big shed’s interior would receive some proper lighting.

The interior of my 6,000 square-foot tractor shed receives adequate natural light via two and three gable-end windows on the East and West sides, respectively. At night however, visibility is greatly hindered as there are only four ceiling light fixtures, two per end, fitted with mercury bulbs that also take forever to warm up to full intensity. As such, I had grown accustomed to enduring an inherent dimness within the shed after-hours. My intention had always been to upgrade the lighting. However, this noble concept repeatedly fell by the wayside as a non-priority task, on an ever-evolving to-do list.

For a variety of reasons, the shed lighting upgrade was finally bumped up the list this summer. As such, initial preparatory steps were taken to ensure the project could indeed be completed before fall. The plan was simple – four-foot LED lights would be mounted below each of four inner ceiling steel I-Beams, wired on four separate switches. After an exhaustive search, the perfect LED shop lights were located online. To satisfy my lighting plan, 24 four-foot 20W LED lights at 6,500K were ordered in April. This allows six lights per 50-foot beam, at four-foot intervals. And despite a few delivery delays due to COVID-19, the lights finally arrived in late June.

While awaiting the arrival of the lighting fixtures, the four main circuits from the electrical panel were prepped. From the bank of four switches mounted near the entry door, each of the circuits was run to each respective beam, allowing for the tie-in of the six lighting fixtures dedicated to each beam, daisy-chained together using the accompanying wiring extensions provided by the lighting manufacturer. Once the four separate circuits were completed and tested, the final step would be to mount the lights to the underside of the steel I-Beams. But how could that be done efficiently?

This was the greatest dilemma surrounding this project. Initially, drilling a small hole into the steel and mounting the lighting clips using small metal screws was the obvious choice. Upon further deliberation, it became quite apparent that drilling holes along the underside of a steel beam, 16 feet in the air, at equidistant intervals and perfectly down the center of the beam seemed daunting to say the least, and could prove to be quite unsafe. There must be a better way – and there was. But it involved thinking outside the box.

The lighting clips are small and have tension wings that fit into grooves along either side of each LED fixture. To ensure consistency, the idea was to pre-mount these clips onto something that could then be mounted onto the underside of the steel beams. It only took a few strolls down the framing aisle at my local RONA to find the solution — 12-inch galvanized lumber strapping. The straps were rigid enough that when bent, they would hold their new shape. As such, 48 straps were purchased to satisfy the two clips per four-foot LED light.

The first step was to pre-drill a hole directly through the center of every metal strap. Then, each end of every strap was bent at a 90-degree, roughly one-and-three-quarters inches from the end, providing just more than eight inches of flat surface upon which this newly fashioned bracket could rest along the underside of the steel beam. The LED clips provided were then fastened to the metal straps through the pre-drilled hole using aluminum rivets. Once the brackets were ready, it was time to m ount them to the beams. This presented another quandary — using a ladder would be time-consuming, and could prove dangerous. Why tempt fate with a ladder when an electric scissor-lift would make the tasks so much easier? That’s when I elected to call my good friends at J&M Rentals in Grunthal, who delivered a Genie GS-1930 to my property and placed in the shed on Friday before the long weekend. This scissor-lift would enable me to work safely and efficiently, directly below each beam.

With the wind howling outside on Sunday, the lighting installation process began at about 10 am. One by one, the custom mounts with clips attached were secured into position by bending the 90-degree wings of each bracket over the top of the lower ‘I’ of the beams. Once each LED light was mounted, the next was fastened at a four-foot interval until all six were in place. This process was repeated for all four beams. Within four hours, the entire lighting array was implemented, and fully tested. It wasn’t until after sunset that the full scope of the project could be seen (literally). With all four circuits enabled, the shed’s interior experienced daytime at night for the very first time. 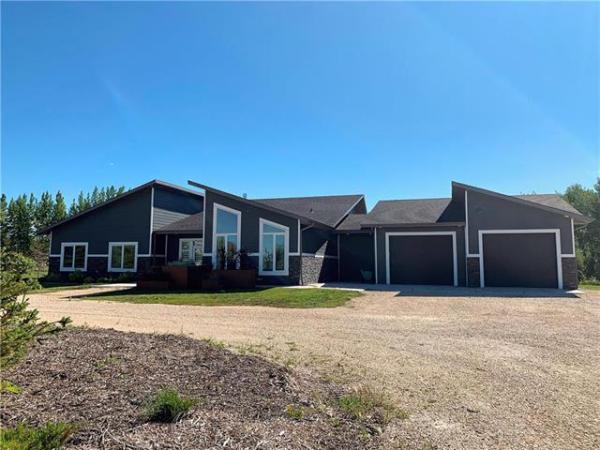 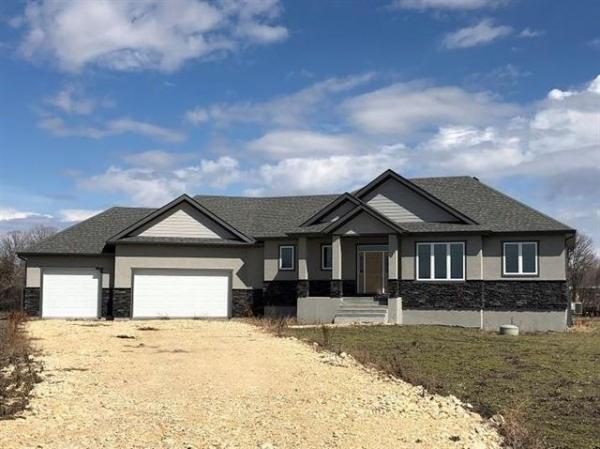