Light fixture gets a boost

Some of the most interesting aspects of a remodel or renovation come from open dialogue with your contractor. Shortly after installing an expensive dining room lighting fixture that had recently been purchased, these homeowners were dismayed that hardly any light found its way to their tabletop — a bold solution was suggested, but could my plan be realized?

The original state of the dining room light fixture consists of a 42-inch long, 10-inch deep by 12-inch high polished nickel framework adorned with five sleek LED flame-esk bulbs surrounded by eight-inch high glass cylinders, atop four-inch diameter bases along a centred brace parallel to the bottom edge of the lighting frame. Two 36-inch vertical supports mounted to the centre brace are fastened to the underside of the rectangular ceiling plate that is affixed to the octagon electrical box. The main power leads are channelled through one of the vertical supports, terminating within that centre brace supplying power to each of the five lights.

The homeowners were very happy with the look of the fixture, as it pairs well with the other fixtures recently purchased for the adjacent living room, the three kitchen island pendant lights, the front foyer ceiling fixture as well as the numerous wall sconces throughout the home. However, in that their main objective was to bring better lighting above the supper table, this newly introduced dining room fixture fell somewhat short of their expectations.

While chatting between ongoing kitchen upgrade tasks, it dawned on me that it may be possible to add lighting to the fixture, mounted below the centre brace. Initially, I thought we could find five similarly-sized round slim LED lights that could mimic below what was above. A quick search did not reveal anything promising, other than individual battery-operated lights that could each be turned on individually, proving quite a chore at mealtime. Furthermore, it did not meet my initial intention of having this lower light on the same dimmable circuit, as the main lights above. What to do?

During one of my many visits to Home Depot for a variety of items, a completely different approach popped into mind as a particular fixture caught my eye in the lighting aisle — what about a long, sleek under-cupboard light that would fit along the underside of that center brace? As chance would have it, there was the perfect fixture – a 36-inch long, one-inch wide by two-inch high polished nickel fixture that requires an outlet with dimmable capabilities, and could easily be adapted to obtain its power from the dining fixture, allowing the dimmer switch to control both the existing lights on the dining fixture and the new under light once ties-in. The key would be how to mount and conceal the wiring.

To do this, a small rectangular breach was created along the topside of the 36-inch long undermount light using a grinder with a metal blade, at the same distance as the vertical support of the dining room fixture. The end cap, which features a plug for daisy-chaining a series of light fixtures was removed temporarily to access the power wires. The leads were removed from the plug, and fed back towards the rectangular breach. The end plug now disabled, was then reattached for aesthetics.

After disabling the power to the dining room lights, the vertical support of the dining light fixture was carefully dislodged from the centre brace by removing two screws, which exposed the electrical wires that feed power to the fixture from the octagon electrical box. A three-eighths-inch hole was drilled directly below the location of the vertical support. The wires were severed and fed back through the newly introduced hole. The power was re-enabled, and a quick test revealed that all lights reacted in unison to being turned on and off, as well as being dimmed with the switch.

With this circuit confirmation, the final steps could take place. High-strength two-sided tape was carefully positioned between the underside of the centre brace of the dining fixture and the topside of the undermount light. Once the light was affixed to the dining fixture, centred along the 42-inch centre brace, the visible gap was then filled with a clear silicone along the entire perimeter of the undermount light. Et voila, the tabletop will never again be left in the dark.

We often settle for lesser than what was expected, simply because striving for exactly what we want can be both time consuming and expensive. However, thinking outside the box can sometimes prove that settling isn’t really settling, if customization is an option. An illuminating discussion sparked a chain reaction of ideas, that inevitably led to the best solution. And as a result, this beautiful dining room fixture now meets their expectations functionally, as well as aesthetically. 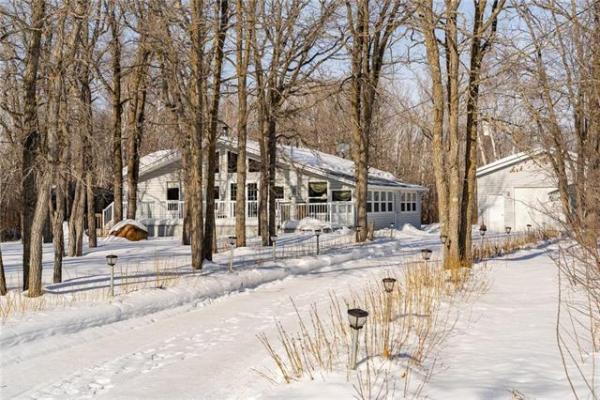