Never Alone Rose a 'star in the ocean'

Hardy flower a reminder of the beauty AND WONDER OF LIFE

The theory of six degrees of separation contends that any one of us is linked to another by chains of acquaintance or by way of introduction. When it comes to cancer, it's a theory we can all relate to -- everyone knows someone who knows someone.

After Lyle Bauer, well-known former CFL executive and Winnipeg Blue Bombers alumnus, was diagnosed with cancer in 2004, he decided to use what he knows about teamwork to help others who are living with cancer and to give their families the support they need.

"I'm one of the fortunate ones," says Bauer. "I've had my own battles but I've lost several teammates to cancer, people like Tyrone Jones, Warren Hudson and so many others, all brothers-in-arms, for whom it didn't turn out so well."

Bauer founded the Never Alone Foundation, a national registered charity whose vision is a world where no one enters the fight against cancer feeling alone. Through Bauer, the foundation has strong ties with the CFL Alumni Association in all nine cities of the CFL.

Cancer makes strange bedfellows. When we think of rose breeding and all of the various players behind the scenes that are necessary in order to bring a new, hardy rose to the Canadian marketplace, we might not have envisioned a connection between Lyle Bauer and the CFL Alumni Association and the Canadian National Landscaping Association (CNLA).

Their unusual partnership, however, has culminated in the introduction this spring of the Never Alone Rose, a beautiful, hardy, red rose with a glowing white centre.

This Canadian success story began in Manitoba and has galvanized a legion of growers, garden centre owners and CFL alumni. Prior to being diagnosed with cancer, Bauer could not have foreseen all of the connections that would ultimately lead to the Never Alone Rose.

One of those connections is Brian Duncan, former owner of St. Mary's Nursery. Duncan had a close friend who was also a friend of Lyle Bauer and who assisted at events hosted by the Never Alone Foundation.

Duncan, who has had his own battle with cancer, became more involved with the foundation when cancer claimed his and Bauer's mutual friend.

In 2010, Touchette was the research chairman for the CNLA at a time when the association acquired the rights to all of the rose genetics from the famed ornamental breeding program at the Morden Research Station, including the internationally-recognized Explorer and Parkland series of hardy roses.

In fall 2011, Duncan paid a visit to Touchette to discuss the possibility of selecting one of those roses and naming it for the Never Alone Foundation. It was an inspired idea that would prove to motivate many across our country, each separated by only a few degrees and all fuelled by the same passion to help people who are living with cancer.

Duncan recalls the initial walk through the rows and rows of roses. The CNLA rose committee had already decided it would keep most of the newly introduced roses in the Canadian Artist series. Duncan was struck by the singular beauty of one particular rose that was not a part of any series. Its attractive colouration, light fragrance and compact size of no more than 91 centimetres (just under one metre), made it an ideal candidate as a giving rose.

"It was a star in the ocean," said Duncan.

With the trial and evaluation process already underway at Portage, Duncan proceeded to grow the as-yet-unnamed rose in his home garden.

"It's such a great performer," says Duncan, whose instincts proved right. Astounded by the number of blooms the rose has produced each summer, his preference has been to grow it in pots on his patio, where he can have full view of the masses of roses and the glossy leaves with slightly serrated edges.

Duncan also planted the rose in one of his flowerbeds and deliberately chose a less-than-ideal location for the sole purpose of testing its resilience. With competition from the nearby roots of a basswood tree and less-than-optimum sunlight, the rose withstood the challenge.

From the gardener's point of view, disease resistance in roses is paramount and in fact is the number one qualification that is driving rose-breeding efforts today. Duncan gives the Never Alone Rose top marks on that level, noting in three summers in his backyard the rose exhibited no signs of disease.

Now, sometimes even good ideas take a slow path to reality. Not this one. Rick Durand, who at the time oversaw the rose plot at Portage, was extremely impressed by the rose Duncan had selected and its ability to produce a multitude of roses on individual branches throughout the growing season.

"The only thing that seems to stop this rose from producing more blooms," said Durand from his home in Kelowna, B.C., where he now resides, "is a hard, killing frost." The longer the growing season, he added, the greater number of rose blooms that will be produced.

Growers from British Columbia to Quebec were also inspired by the hardiness and prolific nature of this rose and by 2013 they had received tissue culture, the next important step towards making the rose available for the home gardener. Their motivation to bring the rose to market was driven in no small measure by the rose's potential to generate funds for the Never Alone Foundation.

In the meantime, Bauer was reaching out to the CFL Alumni Association, which rallied to the cause. CFL Hall of Famers Matt Dunigan and Michael 'Pinball' Clemons joined J.C. Bakker & Sons Ltd., a family owned and operated wholesale nursery in the Niagara region of Ontario and one of the growers of the Never Alone Rose, at their booth last fall at one of the largest green-industry tradeshows in Canada, Landscape Ontario's Garden & Floral Expo.

You can't buy that type of exposure for any new plant introduction. It takes the heart and soul of people who are passionate about helping others who are living with cancer to ignite the level of interest the Never Alone Rose is attracting.

Bauer says it is important to give back and describes his experiences with the Never Alone Foundation and the many people he has met and volunteered with as both humbling and gratifying.

I asked him if he has applied any of the principles that led to his success on the football field to his fight against cancer.

"There's no question about that," said Bauer. "I've been fortunate enough to win a Grey Cup championship on multiple occasions. The thing is you never, ever give up. You have a team around you that supports you and you are all working towards a common goal. And that is the commonality with the fight against cancer: never, ever give up. Work and support the team that is there with you."

Bauer, Duncan, Durand and Touchette, four Manitobans who played a significant role in spearheading the development of the Never Alone Rose, will now be joined by a team of new players in the coming months. Garden centres including Shelmerdine, St. Mary's, Ron Paul, T&T Seeds, and the Green Spot in Brandon all plan to host a number of exciting events with CFL alumnus.

Legendary Troy Westwood, former CFL placekicker and punter who played 18 years for the Bombers, will be at Ron Paul Garden Centre on St. Mary's Road early this summer. Ray DuBois, owner, is excited to be a part of the promotion behind the Never Alone Rose.

"My sister is a cancer survivor," says DuBois. "There isn't one person in this world that doesn't have one degree of separation from a cancer survivor. The Never Alone Rose represents much more than just a plant. It's a reflection that for those who beat cancer, life goes on with a little more appreciation for its splendour and beauty. For those who have lost the battle, it is a reminder for friends and families of the beauty and wonder of their loved one's life."

Michael Schiefer is the director of operations and special events for the Never Alone Foundation. He said the Never Alone Rose represents quite a journey, one that started in a field of roses with direct links to Morden's rose program and one that will directly impact the lives of those living with cancer.

This spring, 65,000 Never Alone Roses will be available at garden centres across Canada. 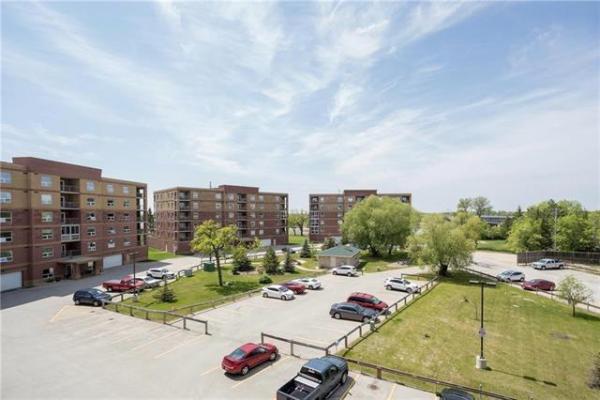 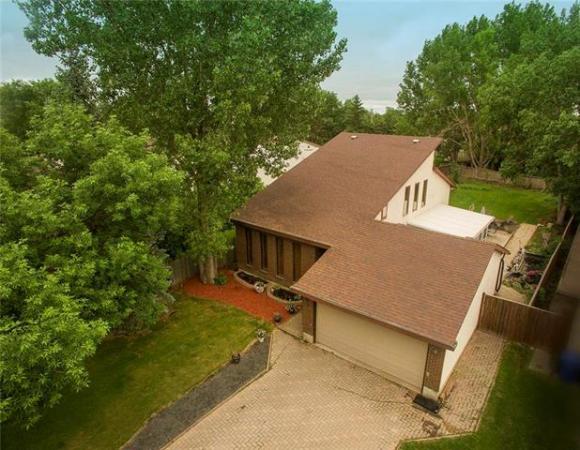