Are oil-based alkyds a better product than water-based acrylic/latex paints?

Most people will agree acrylic or latex paints are superior for indoor use because they have a low odour, are easy to clean with water and come in numerous colour/tone choices and a range of sheens.

However, when it comes to exterior use, a debate still rages over alkyd versus acrylic. Even though Canada and the U.S. banned the manufacture and sale of most oil-based products a few years ago, alkyds are still available as rust paints such as Tremclad, Arborcoat, Rust Coat, Rustoleum and Krylon. These paints are marketed as exterior products to protect wrought iron and other ferrous-based metals, but they are also compatible with wood and some plastics. If you ask a salesman in a paint store for an exterior alkyd, he will point you in the direction of the rust paint display.

As a person who grew up using oil-based enamels that flowed effortlessly onto a substrate and levelled with a few brush stokes, I believe alkyds are a better choice for outdoor jobs because they penetrate into wood cells, creating a stronger bond than acrylics, which form a film on the surface of materials but do not penetrate them. In fact, manufacturers of siding stains like Sikkens have recently moved away from 100 per cent acrylic stains, re-formulating their products to include linseed and other oils, the base of old-style alkyds. I won't attempt to explain (even if I could) the chemistry that allows these new products to meet Canadian and American VOC standards, but they do.

A few years ago, when my wife and I decided it was time to paint our cottage, we elected to use an oil-based rust paint on the wood siding and trim because, aside from my preference for alkyd paint, we were told (erroneously) that an acrylic cannot be used over top of alkyd paint. (If a proper primer is used, acrylic will bond to oil-based formulations.) We were fortunate that our cottage is painted gloss white with shiny red trim as rust paints are available in a few basic colours, most of which have a high sheen that cannot be flattened without altering the colour.

The cottage's siding and trim were in reasonable shape. I removed a few flakes and bubbles with an orbital sander and 80-grit sandpaper, touching up these areas with a primer formulated for rust paints. The Arborcoat has withstood several cold winters, wet springs and falls, and a couple of hot, highly humid summers. Aside from a small amount of mildew that is visible on the white siding -- the cottage is surrounded by trees and vegetation, creating a micro-climate conducive to microbial growth -- there is no peeling, bubbling or other defects in the paint. I recently removed the mildew with a mixture of eight ounces of sodium percarbonate to one gallon of hot water. If you can't find pure sodium percarbonate in a big-box or grocery store, it can be ordered online in powder form from soaproducts.com for about $3 a pound.

When it comes to painting ferrous metals such as iron and steel, there is no doubt alkyd rust paints are superior to the water-based counterparts. I can say this because I heat my home in the country with propane that's stored in a 1,000-gallon steel tank that's outdoors.

I've repainted the tank with different paints, including an acrylic rust paint. Before applying the acrylic, I did a decent job of preparing the tank, using an angle grinder and 80-grit paper to remove peeling paint and to scuff up the entire surface. I brushed on a recommended primer; then I rolled on the water-based rust paint during a hot summer day, working very quickly to prevent overlapping.

The tank looked lovely when it was completed, but two years later the paint was beginning to peel. Since that time, I have repeated the process with an oil-based product called Rust Coat sold by Home Hardware. Even though some manufacturers add a primer to their products, I decided to play it safe and use a primer/sealer recommended for alkyd rust paints. Ten years later, the paint is still adhering to the tank and shows no sign of peeling or blistering.

A friend, Allan Pond, recently spent three full days power-washing the old paint off a metal boxcar that he renovated into a quilting and sewing workshop for his wife.He would like to cover the boxcar with an alkyd primer and rust paint that will last at least a decade. His problem is where to find a forest green oil-based product in a flat finish. The closest he has come to is matte brown by Armorcoat. (Acrylic rust paints do not offer many other alternatives in sheens and colours.)

Some manufacturers of acrylic paints claim the adhesiveness of their products to metal, wood and masonry can be improved by using alkyd primers still available at most paint stores; brand names are Zinsser, Tremclad, Krylon and Rustoleum and others.

Special acrylics called elastomerics are recommended for exterior masonry, stucco and brick as they form an impermeable skin that is 10 times the thickness of regular paint. Moreover, because they are water-based, elastomerics are not degraded by alkalinity in masonry or subject to efflorescence, stains caused by salt particles.

Here's a summary of the pros and cons of oil versus acrylic paints.

Pros: Flow and level with a few brush strokes; heavy-bodied so it covers more area in one coat; shrinks less and is more durable in high-traffic areas; takes up to 24 hours to dry so there is no risk of overlapping.

Cons: More likely to crack, fade or yellow over time; strong fumes; clean up requires Varsol, paint thinner or turpentine; leftover paint must be disposed of in a hazardous-waste facility or landfill with this designation.

Pros: Don't yellow over time; dry faster so two coats can be completed in a day; soap and water cleanup; much more available than oil-based paints.

Cons: May need to be sanded between coats; lower adhesion even when a primer is used on exterior surfaces; fast drying can result in overlapping.

On a final note, water-based acrylics have come a long way since they were first commercially used in the mid-1950s and likely will continue to improve as paint chemistry becomes more sophisticated. However, the fact some manufacturers of outdoor stains are returning to oil-based formulations makes me wonder whether we are about to see a new generation of solvent-borne alkyd exterior paints with low VOC emissions. That will keep the paint debate current. 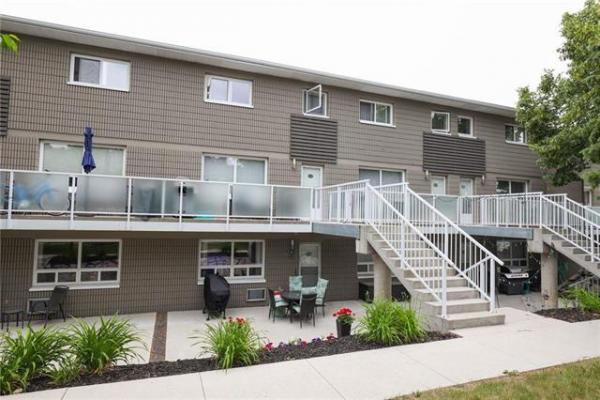