Paying the price for procrastination

A few recent columns were dedicated to the abnormally high volume of repairs required on my property following the brutality of last year’s winter season. Having completed these repairs successfully, it pains me to report that due to my own absent-mindedness, yet another consequential repair was required. And it could have easily been avoided.

As a homeowner with an above-ground pool, the tasks attributed to closing the pool for the season are usually tackled either on, or shortly after the September-long weekend, depending on the weather forecasts. This summer, the projected temperatures remained high for much of September, and the pool remained opened much longer than usual. We enjoyed a few extra weekends poolside, as a result. Unfortunately, my complacency with the marvelous autumn forecast eventually got the better of me – I hadn’t bothered to look at any overnight temperatures. As such, my decision to close the pool was a week too late.

When the pool pump is circulating the water throughout the system, temperatures slightly below zero have very little effect because the water remains in motion. One night in later September however, the overnight temperature had dipped well below zero, nearing minus eight degrees Celsius. At that sub-zero temperature, water will begin to congeal even when in motion, especially through the tiny vessels of the solar heat tubing array. The next morning, the damage was apparent – the lower side of the array had frozen, and the expansion of the ice within the ABS headers cause many of them to crack along the bottom of the array, forcing water to spew uncontrollably from within the closed system.

In a panic, the pool pump was immediately shut-off. Having performed repairs to the solar array’s main structure this past spring, due to excessive weight of snow from the previous winter, shut-off valves had been introduced to and from the solar array. These shut-offs were closed, allowing the system once re-engaged, to circulate water throughout while bypassing the solar array. In all honesty, the fix to the solar headers could have waited until next spring. Luckily, there were a few warm days ahead, and the local pool supplier had replacement headers in stock. Why wait when it could be fixed right away!

Unlike typical ABS installation using adhesive, the pool heating system’s headers consist of interlocking 12-inch segments, that slide into each other, sealed with a rubber o-ring locked in place with a retainer that “clicks” into position. The damaged headers were first isolated, and the retainers removed. Each header provides 18 quarter-inch nipples upon which the rubber heating strips are attached. Removing the rubber strips from the nipples is rather difficult. As such, the removal process is expedited by using a grinder blade to cut each of the nipples off one by one, until the entire rubber strip is freed. The nipples still embedded within the rubber strips are then removed one at a time, by screwing a two-inch screw part-way into the cut-nipple, and using the screw to pull the ABS nipple from the rubber strip. It is a tedious process, and there were 12 headers to replace at 18 nipples per header.

With the rubber strips freed from the 216 nipples, the replacement headers were then introduced. To re-attach the rubber to the new headers, dish soap in used as a lubricant to slide the rubber onto the nipples, one at a time until all 18 are attached for the one header. The dish soap is then also applied to the end of the header along the o-ring, so it may slide into the adjacent header before being locked into place with the retainer clip. This process continued until all 12 damaged headers were replaced, and the entire array was once again completely sealed creating a closed loop. The solar array in once again ready to perform its duty next spring and summer, heating the pool water using energy from the sun.

This was a gigantic oversight on my part, this year. Historically, the pool is closed well before the end of September – I got greedy this year, and it bit me in the butt. The expansion of water as it turns to ice is extremely powerful, and can cause chaos of any water systems; garden hoses, sump pump drains, and pool pump systems are vulnerable if not tended to – diligence is imperative. As mentioned, this “oops” cost me dearly and unnecessarily this fall. The price for procrastination was roughly $600 in replacement parts and roughly five hours of my time. On the other hand, gettin’er done this fall to avoid having to do it next spring – priceless. 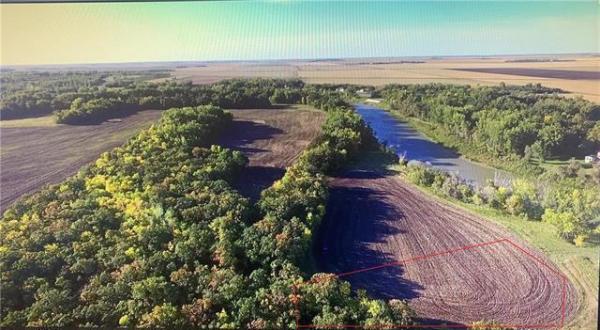