Pining for pines and other conifers

Create year-round beauty and shelter for wildlife with evergreens

Evergreen conifers contribute year-round colour and texture in the landscape. Their strong shape is useful as a focal point or for screening a view. Spruce trees (genus Picea) are a favourite choice for homeowners. But why limit your options? Choose plants with different shapes, heights, colours, and textures to design a garden that is beautiful in every season.

Dave Klassen, the owner of Shannon Oaks Tree Farm, a wholesale grower in Morden, specializing in the production of conifers, says that pines are unique among conifers. The needles of pines are grouped in bundles called fascicles. Klassen says the Pinus species makes a good choice for homeowners because pines are long-lived trees, an important factor when deciding to invest in a tree for your landscape.

“But what separates pine from spruce, firs, and other coniferous trees, is that as pines age — for example, Ponderosa pine and especially Scots pine — they tend to naturally lose their lower limbs,” says Klassen. Initially, these varieties offer a full, conical shape that resembles the shape of spruce. As the Ponderosa pine matures, its pyramidal crown flattens out to a broad, open crown. Both Scots (or Scotch) pine, a two-needled pine with blue-green needles and Ponderosa pine, a dark green, three-needled pine, bring a fresh component to the landscape with their unique shape that differs from spruce which has branches to the ground and stays narrow at the top.

The Swiss Stone pine with soft, five-needled, blue-green foliage is a gorgeous tree with a very formal and pleasing shape, says Klassen. “Swiss Stone pine tends to retain a conical shape a little more than Ponderosa and Scots pine and stays fuller from the ground up, however, it tends to be a little narrower. It is just a beautiful pine.” Swiss Stone pine is very slow growing, but it is also more compact and narrower than Scotch pine or Ponderosa pine.

“Pine will usually shed a fairly substantial needle crop every year and that’s the other characteristic which makes it different from spruce or fir,” says Klassen. The thick carpet of pine needles breaks down slowly and benefits the trees in terms of helping to stabilize moisture, he says. There was plenty of opportunity last week for golf fans to see pine trees and the rich, auburn colour of the pine needle beds (referred to as pine straw) on full display at Augusta National Golf Club, home of The Masters tournament.

Often people think that pine needles will make the soil too acidic, says Klassen, but in reality, the impact on soil pH is minimal.

John Leperre is a regional sales manager for Bylands Nursery, a leading producer of plants located in West Kelowna.

“The tricky thing with many evergreens is that they can be slow growing. It takes longer to produce them. We have seen this unprecedented demand for trees in the past few years so there is going to be some catching up in the nursery industry to produce these plants.” If you are in the market this spring for an evergreen tree, it may be challenging to find something bigger than a seven-gallon or five-gallon tree.

Leperre admits that spruce is a clear favourite for many homeowners. “But I often steer people in the direction of pine trees such as the Scots pine and Swiss Stone pine which are just gorgeous. Plus, pine does well in our alkaline soil.”

A former tree and shrub manager at Shelmerdine Garden Centre, Leperre resides in Winnipeg. He has planted a Swiss Stone pine in his Winnipeg backyard against a backdrop of Skybound Cedars. “I love the contrasting texture of the silvery-bluish needles of the Swiss Stone pine against the green foliage of the Skybound cedars.”

If the large size of conifer you desire is difficult to come by this spring, Leperre recommends creating a layered garden that builds on the attributes of your newly purchased tree and provides contrasting textures and colour. “If the mature size of your evergreen isn’t going to happen for many years, think about what you can plant alongside it that will give you pleasure and enjoyment in the interim.”

Green should always be the dominant colour in a landscape, says Leperre, but highlighted with blues, reds, and yellows. Dwarf mugo pine which has bright green needles all year round is an excellent and popular accent. When paired with the blue-green needles of Swiss Stone pine, it really makes the colour pop, says Leperre. Byland’s Blue Dwarf Spruce is a distinctly squat, very compact specimen with a rounded shape. Its mature size is one metre tall and wide. It has a very slow growth rate and stunning blue colour. An excellent accent, it is well-suited to our climate. Junipers such as Blue Danube, Blue Rug, and Blue Chips also have lovely blue tones.

Many bird species seek safe haven in the dense branches of conifers during winter or spring snowstorms. Bird species that are seed-eating also feast on the seed-filled cones of pines, spruces, and firs. When owls are actively hunting for food at night, they perch high atop the tallest trees, both evergreen and deciduous. But when owls roost during the day, they seek the dense branches of mature conifers. Lynn Latozke, Manitoba Camera Club, has captured many photos of local wildlife including the Great Horned Owl which is equally at home in urban spaces and country settings as long as it can find a suitable nesting site. Interestingly, mature pine trees are among the favourite tree species sought out by Great Horned Owls when they are nesting.

I am fortunate to have a resident Great Horned Owl in my neighbourhood which can frequently be spotted roosting in a mature evergreen in my neighbour’s backyard. It’s worth stating that while the trend towards smaller yards translates to a demand or preference for small trees, urban residents would miss the thrill of seeing incredible creatures such as owls and hawks (not to mention the photo opportunities) if there weren’t any big trees to shelter them or provide the commanding view they crave.

The Million Tree Challenge, an initiative to expand Winnipeg’s urban tree canopy, calls on all Winnipeggers to register their newly planted trees at treeswinnipeg.org. 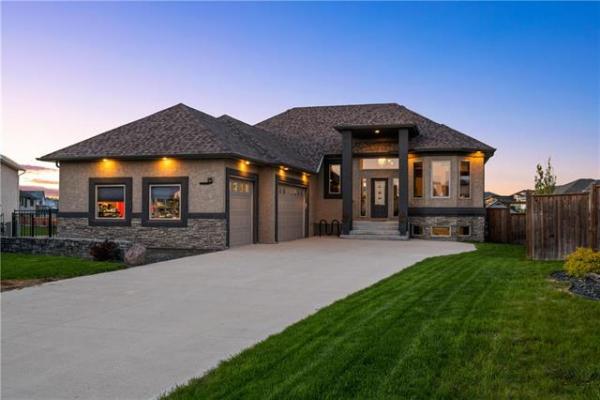