Question: My husband and I live in a character home built around 1930. Most of our single-pane, downstairs windows are made of leaded glass.

In the 30+ years we have lived in our home we have never removed our original storm windows, except for regular cleaning and painting. Some windows have had aluminium storms, with screens, installed to replace the older wood ones.

Although the storm windows have done a good job of protecting the leaded glass inside, my husband and I are contemplating replacing these storm windows with something sleeker, less bulky, and with UV protection.

We are looking for window options that look good but we are, first and foremost, concerned about preserving and protecting our leaded glass windows.

What do we need to be thinking about before replacing the storm windows that are currently in place? Is there a product on the market that might suit the job we want done? If so, what are the issues to be considered prior to making this change?

Thank you for your attention to this request. -Irene B.

Answer: Upgrading older windows without removing the inside sashes poses some serious challenges. Leaving the original storms in place, with some repairs and painting, may be the most sensible thing if you want to preserve the inside leaded glass sashes.

Most homeowners have long ago removed and discarded their older wood storm windows and summer screens. When older homes were built, prior to the sixties, the original vertical sliding wood windows were the norm. These had interior sashes with single-pane glass, with the bottom unit typically sliding inside the upper one to allow for ventilation. Once lifted up, the two sashes almost lined up with a large airspace below. The outside portion of the window had a wooden-framed screen, which was removable. In the heating season, this screen was typically removed and replaced with a fixed single-pane sash, known as a storm window.

The purpose of the storm window was to increase the thermal resistance of the entire window by adding an extra pane of glass between the exterior and interior of the home. This definitely helps keep the cold winter wind from blowing through the window, but only to a limited degree. Because there was usually no weatherstripping installed, either on the inside sashes or the storm window, cold air could still penetrate the living space inside the poorly sealed widow. To improve upon this, and prevent the necessity of changing the outside window components twice a year, aluminum storm windows were developed.

The aluminium storm was installed to replace both the wood storm and screen. Because these permanently secured add-ons had thin, metal frames around the glass, they could easily fit both components in one unit. The inside wooden sash would have to be in the open position to access the bottom sash of the storm window, to raise it up for ventilation. The fixed screen was on the outside of the glazing and was often removable for cleaning. The major benefit of this new storm unit was the lack of storage required for the off-season component of the old window and the need to switch them spring and fall. The downside of the aluminium storm is that the metal conducts heat much better than wood, so these did not do much for warming up the window units. They did, however, often have a better seal than the old wood storm as weatherstripping was often integral in the design.

To replace either of these storm windows in your current home, in an effort to preserve the inside leaded-glass sashes, may be difficult. Any new window installed will have a dual- or triple-paned sealed unit, making it much more airtight and warmer. Unfortunately, it will also have to be fixed in place, like most of your leaded units, making the space in between it and the old sashes inaccessible. This may lead to condensation, from warm house air leaking through the leaded glass portions.

While this may be no different than with the current storms, they can easily be removed to clear any moisture, dirt, and cobwebs that may accumulate in this area. With a new window, that will not be possible. The only end-around for this situation would be to get new wooden storm windows made with dual-paned sealed units and a proper weather strip. That would be very costly and would only be feasible if the original storm windows are deteriorated.

If the original storm windows, and the corresponding screen units, are not in too bad condition it may make more sense to keep them despite the added work of yearly removal and replacement.

As long as the wood is not rotting or coming apart, and the glass and glazing material is in good condition, keeping them may be the most practical solution to having your precious leaded windows intact. If the paint, wood, or glazing is deteriorated then immediate repairs before this coming winter are warranted. Installation of modern weather strips on the inside of the window frame that the storm window stops up against, will be an inexpensive method to minimize drafts.

While it may make it somewhat warmer and less drafty to replace your current storm windows with modern, fixed, sealed units, getting access to the space between the two will be a major challenge. It makes more sense to put a smaller amount of money and labour into repairs and maintenance of the old storms, and maintain the status quo, if you are determined to keep the aesthetics of the original leaded glass windows. 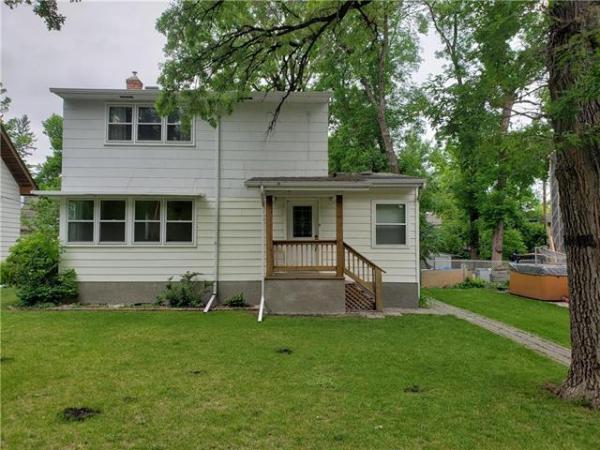