Ringing in the New Year right

It seemed like a simple enough plan — the introduction of a couple video doorbells, one at each of my front door entrances. Because the house was already equipped with the (Google) NEST Thermostat for the past five years, Google NEST Video Doorbells were the obvious choice. And to make things even easier, wireless doorbells were purchased, as there had never been wired doorbells on this house in the past. The overall process, however, did not go as smoothly as planned.

The NEST products are beautifully designed. The caliber of their product lines remained intact, even after being absorbed by Google. As such, locating a couple of Google NEST video doorbells on eBay got me thrilled, as they are somewhat harder to locate in Canada of late, due to supply chain issues. Before adding the doorbells to my home WiFi network, the Google Home App was installed on my iPhone 11 Pro. The installation process was quite systematic from that point on. Within the App, you simply “add” the wireless doorbell, and customize the options as required. Via WiFi, the doorbell acts like a video camera and can detect motion, beyond its main purpose of notification once the doorbell button is depressed. At that point, you can either dismiss the “call”, or engage in two-way communication with the individual standing at the door.

Unfortunately, the doorbells themselves do not include an indoor chime. As such, you must rely solely upon your hand-held device notifications no audio is heard within the house a Google NEST Hub, which allows synchronization with the doorbell(s), is also installed – this will produce an audio chime within the home. Furthermore, the LCD display of the hub provides a screen through which interaction with a visitor can be made, beyond using a hand-held device. Set-up of the hub was very straight-forward, and the entire system was working within about an hour. Then (add sarcastic tone), the fun began.

For some reason, the introduction of additional Google NEST products (beyond the thermostat) rendered my entire WiFi network unstable. The main side effect of this became quickly evident — all 10 of my existing IP video surveillance cameras began to intermittently reset, roughly every 45 minutes. The reset process involves a flash of light, a noisy one-minute automatic pivot of the camera face, until the camera is restored to its originally set default position. This went on for two days, during which I spent numerous hours reviewing online blogs regarding Google products, as well as speaking directly with Google customer service, my internet provider customer service rep, and an ASUS router customer service agent. The situation mystified everyone, and the Google representative outright discounted my claim regarding their product infiltration of my WiFi network — no help or guidance was offered.

An exhaustive and systematic process of elimination was instigated. The doorbells and the hub were completely removed and reset to factory settings. Low and behold, my system became stable once again. The moment either a doorbell or the hub was re-added, the IP cameras again began to freak-out. All attempts to quarantine the Google culprits within the network via router settings also failed. It was extremely frustrating, but I was not alone. There are numerous accounts of Google Home products hijacking home networks, and Google NEST has not yet formally addressed the issue(s). No matter, it was clearly time to accept the necessary abandonment of the Google NEST doorbells and hub — was there another satisfactory option?

After some research, the Ring Doorbell would have been a plausible alternative provided my house was prepped for wired doorbells — Ring’s wireless option unfortunately fell short as well.

While browsing through Amazon.ca, I stumbled upon a stylish wireless video doorbell, that by all indications would suit my needs perfectly. Unlike the Google NEST doorbell, the Bextgoo brand provides an indoor wall-plug chime that via Bluetooth, connects with its host doorbell. The AIWIT App behaves much like the App used with my IP Cameras, in that the settings features allow for motion detection, or notifications solely when the video doorbell is depressed. When the batteries within each doorbell need recharging, the bell can be dismounted from its exterior wall bracket and plugged into a USB port using the supplied cable.

With the AIWIT App installed on my iPhone, the first doorbell was “added” to the App. The settings were configured, and the doorbell was mounted at the main doorway. The instructions to “mate” the chime with the doorbell were easy to follow, and each chime provides three-dozen or so different audio tunes for diversity. The cost for two Bextgoo wireless doorbells plus chimes, was less than the cost of one Google NEST wireless doorbell. Best of all, these doorbells did not infiltrate, hijack or manipulate my home network in any way. The AIWIT App provides three days of recorded events through the Cloud, which can be upgraded to a full month of events for a small monthly fee. The battery-life is also very impressive — despite an optimal operating temperature range of -20 C to 40 C, the doorbells have braved the recent cold snap without faltering.

Much like the brand of IP video cameras strewn throughout my property, the Bextgoo video doorbell brand was completely unknown to me prior to purchase. Never once would I have anticipated such issues with a well-established brand such as Google Nest, especially having had such great success with the NEST Thermostat. It is, unfortunately, a sign of the times – technological conflicts will arise. There may have been a work-around for my Google Home issues, allowing the wireless doorbells and hub to work in conjunction with my IP cameras. Sometimes however, it just isn’t worth the time, effort or expense to find it. Luckily, these lesser-known doorbells do work with my existing set-up, providing the same hand-held ease of interaction. Moreover, the in-home “ding-dong” is included, eliminating the need to add yet another element that could potentially bog things down once again. Time and money well spent! 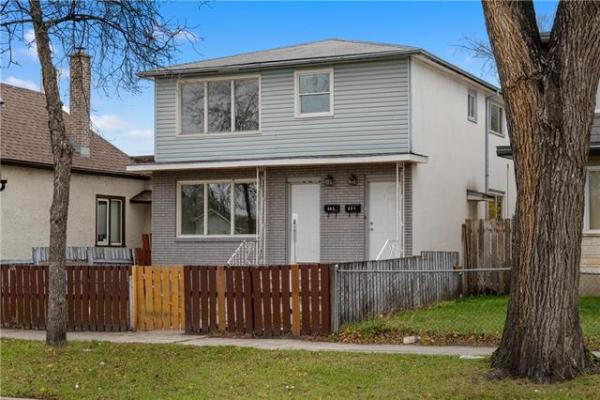