Rocking the house one stone at a time

Decorative rocks and landscape fabric help tidy up around the house

It’s been a while since my band has played in front of a crowd. There really is nothing quite like the adrenaline rush a musician experiences when captivating an audience. As much as it is missed, I was still able to rock recently, and I mean that literally.

One of the first tasks after moving into the house at my property outside the city was to expand the width of the driveway. If memory serves me correctly, 250 yards of gravel was delivered, spread by a skid steer and compacted to meet the newly designed driveway footprint which services the three stalls of the attached garage, and all three overhead doors of the 6,000 square-foot storage shed. The remaining gravel serves as base under the front and back decks, as well as the four-foot deep perimeter around the house.

Throughout the years, the spring and late summer ritual of killing persistent weeds with Round-Up had become daunting, and slowly lost its priority amid the other yearly yard chores. Most recently, a rear-planer was purchased for my John Deere 1025R, which when dragged behind the tractor, can churn and re-spread the gravel, thereby uprooting most of the unsightly foliage within the driveway boundary and rendering the gravel free of weeds without the use of chemicals. Although this has become a successful alternative to weed killing, it does not solve the issue of growth within the four-foot gravel perimeter which surrounds the house.

Once the front porch deck and front visible face of the rear pool deck had been skirted, it was time to clean up the weeds along the house, once and for all. And, a stone wall and decorative rock was the answer.

After an extensive search, the good folks at the commercial desk of the RONA on Kenaston Boulevard had sourced out the perfect concrete faux stone that would serve as a rock wall along the edge of the four-foot line around the house. The concrete brick pattern and colours so closely match the faux stone used as siding on the house, it was the perfect choice.

After a quick visit to Ron Paul Garden Centre on St. Mary’s Road, a category of two-inch rock called Lake Stone, which had many of the colours of tones of the sandstone brick on my house, was chosen to layer the base between the house exterior wall and the stone wall.

To prep, a hearty landscape fabric would be used to line the ground surface before filling the areas with Lake Stone. The most aggressive weeds were first pulled, and the then fabric was cut to fit. A few piles of stone held the edges of the fabric in place, to prevent them from blowing away due to a sustained breeze.

Once the entire 166 lineal feet of wall perimeter was lined, the Lake Stone was carefully dumped into large piles, using the front bucket of my 1025R. The piles were raked until all corners were filled with stone. This process continued until the Lake Stone met the top edge of the concrete blocks forming the rock wall. The house perimeter has never looked so clean; this small property addition truly completes the yard.

Most of us have been forced to accept big changes this year. Although some of us in the workforce have found some semblance of normalcy, everything still feels a little off. Whether it’s because we’re working from home or not working as much, or planned vacations abroad have become staycations at home, we must find a way to get through the day.

For me, tackling those lingering projects at home have filled the void. Despite missing that feeling of being on stage doing what I love, it felt so good to be able to rock the house, even though it wasn’t in front of a crowd. 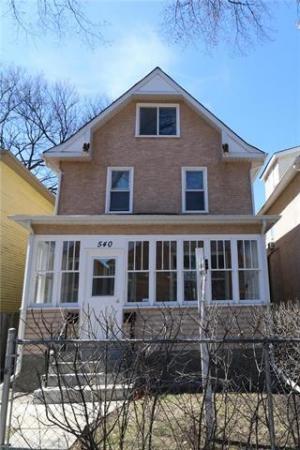