Living with other creatures can warm our hearts

While planning a renovation or property upgrade, steps are sometimes included to prevent the entry or infiltration of unwanted guests, such as filling all foundation gaps to discourage mice, and replacing torn screens to thwart potential invasion of mosquitoes or wasps.

However, attempting to discourage all furry and winged creatures from the property can be daunting, and never-ending. Learning to cohabitate is the key to peace and happiness.

During the third spring after having installed the above-ground pool, something odd began to reveal itself once I began filling the 30x15-foot oval pool with water for the summer season — trails below the liner began to emerge. Unbeknownst to me, thirteen-lined ground squirrels (also known as squinnies) had burrowed through the sand layer below the pool’s footprint and created their nests over the winter. To resolve the pool liner issue by eliminating the series of trenches that had caved in, the pool was first emptied, and the liner lifted. Three-quarter-inch plywood was precut to mimic the pool’s oval shape. Tyvek exterior wrap was first laid along the sand, and the precut plywood was placed atop. The Tyvek was then wrapped above the plywood and sealed along all edges. The liner was then repositioned, and the pool was refilled with water. Although the squinnies have likely continued their housing project below my pool, the trenches have never reappeared.

Rather than wasting energy in an attempt to eliminate the squinnies, it seemed wiser to accept them and adapt to a harmonious existence. Our dog Milo will spend hours gazing into the yard from the pool deck on a summer day, diligently searching for a squinny he can "chase." This in itself, also provides the humans several hours of entertainment. The entire thirteen-lined ground squirrel experience began my cathartic journey to an epiphany that has forever changed the way I relate to nature on my property.

We share this land, and we should learn to embrace that fact.

Throughout the years, we have learned to welcome the many songbirds and owls who have found shelter within our maturing tree lines following the spring blown, and the families of partridge who nest along these same tree lines, and feed on any visible grassy areas along the south-side of the house during the winter months. And although coyotes that sometimes wander the fields wake us with their howls in the middle of the night, they seem quite skittish and simply pass on by. The three-foot tall jackrabbits are nearly invisible against the snow drifts as they emerge from below the back deck, where they must use as shelter all winter. Mice and voles, frogs and toads, and an influx of spiders come fall, have also become quite customary at Boss Ranch. It is, however, a tiny, feathered creature, the bane of my existence for years, that has since won over my heart and respect — the barn swallow.

During the first few years on this property, these little birds with attitude would aggressively swoop in an attempt to keep me (us) away from "their" territory and nesting areas. There are three main nests: one at the front foyer door, a second at the highest gable peek of the house facing east, and another on the opposite gable facing west. The gable nests never did bother me much because they were so high up. The one near the front door, however, was inconvenient — the barn swallows were relentless in their attempt to dissuade use of that door. And so began the ritual of dismantling that nest, every time it was being built. This went on for a several years until something changed after one of the gable nests let go, following a violent thunderstorm.

The next morning, five baby swallows were all sitting on the gravel in front of my garage stall. Upon approach, they all scattered quickly. After making sure they weren’t in the path of my truck, I left for work that morning. Upon my return, something caught my eye near the front stairs of the house. It appears the barn swallow parents had adapted an area below the L-channel steel support that holds the exterior brick, as their new interim "nest." We respected their predicament and had become quite interested in the well-being of the five swallow fledglings. Over the next few days, the number of baby swallows began to diminish as they learned to fly, until only one remained. We watched the parent swallows continue to feed this last baby. As fate would have it, we happened to catch the moment the baby came out from the shelter of the steel support, as if contemplating some final instructions from mom and dad, and then… flew off. We got to see it, and it was amazing.

The following year, barn swallows again began to build a nest at the front door, atop a property security camera, of all places. Having enjoyed the experience of watching the barn swallow family evolve the previous summer, we elected not to disturb the nest being built at the front door this time. It became customary to vocalize salutations to the small birds when entering the house. It wasn’t until the new babies hatched that our "forever friendship" really emerged. Having researched barn swallows’ migratory routes and nesting behaviours, it had surprised me to learn that barn swallows (a male mated to a female for life) return to the very same nest for up to 10 years, after migrating as far as Central America every winter. Could it be that this family of barn swallows is the SAME momma and papa every spring?

We continued mimicking their song chants back to them, talking to them as we had the previous summer. This might sound crazy, but it appeared as though their disdain for our presence slowly began to subside. The swallows no longer swooped at us, nor became over-protective if we were in close proximity of their eggs and fledglings at the front door nest. And once the babies were mature enough to fly, we would watch them circle the house for hours — barn swallows can travel more than 500 kilometers per day, just to feed on bugs. On occasion, the little swallows will take turns gingerly swooping down to pool level, just to take a gulp of water. Although I’ve yet had one land on my shoulder (that would be a dream come true), this family of barn swallows has truly embraced us as a "non-threat", revealing some truly remarkable behaviour, and we are the better for it. Several times throughout the day, the entire family will perch themselves on one of the gutters and sing to us. When we engage in our chants back to them, they tilt their little heads and reply. Truly a joy to behold, and I look forward to seeing them again next spring. I wonder if they actually remember us - it sure seems as though they do.

Clearly, it would be impossible to grant all creatures free passage on the property in all instances. Take mice for example — no one wants a mouse in the house. However, they do get in on occasion. Nonetheless, getting rid of an unwanted animal can and should be done humanely. A few times, I’ve cornered and caught a mouse with gloves on — I could feel the little fragile critter shaking with terror. So, after a short walk to the tree line away from the house, the mouse was released — live and let live. These tiny barn swallows taught me respect our fellow creatures and for this, I am forever grateful. 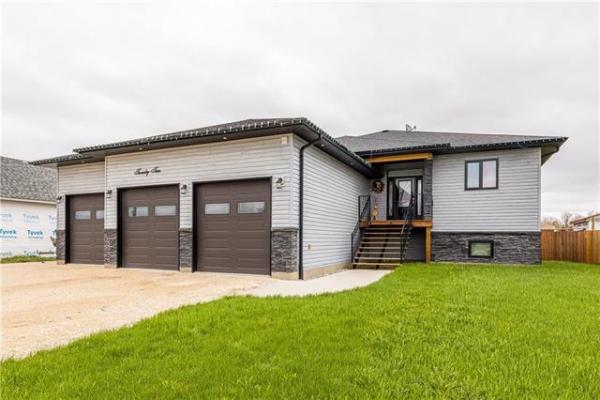