What do you do when you're from Manitoba and you love the ambience of ski lodges in Alberta and British Columbia?

Bring the lodge to you, that's what.

Thus, when homeowners in Wildwood Park came to builder Cal Dueck with the idea of attaching a lodge-like addition to their existing home, it took him a while to wrap his head around the concept.

"The owners loved ski lodges, so they wanted the theme incorporated into the design," he recalled. "So, we really stretched our imagination in terms of the design. In the end, the final product was a combination of ideas. We really had a great team of people, including designer Rick Wiebe (of Draw Design), who actually suggested the timber-frame concept. The design was a team effort."

Suffice it to say, the 860-square-foot addition -- which stretches up to a height of 34 feet at its apex in the upper level's sitting room -- wasn't just slapped up in a matter of months.

"All in all, it took nearly two years," said Dueck. "Basically, planning the design took one year, and it took almost another year to execute. It was a pretty detailed project, to say the least."

Wiebe said Dueck's assessment of the project is correct.

"There's more than meets the eye to this one. The client was open to the idea of blending old techniques such as timber frame, with new technology -- in this case SIPs (structural insulated panels)," he explained. "The two technologies blended together to create an amazing high-tech envelope that includes soaring views and interesting spaces."

It was Dueck's job to tie the old and new technologies into one seamless addition.

"My biggest challenge was dealing with the tight space," said the frontman for Dueck Homes. "We wanted to save as many trees surrounding the area, so that was a challenge. Then, we had to lift up the panels over top of the home with a crane. Fortunately, the weather was good and everything went pretty much as planned. We didn't have to cut down any trees, and it took only one day to cover the beams, so they never saw any moisture at all."

The two technologies -- one old-school, the other cutting-edge (not to mention the plethora of Innotech tri-pane windows) -- also worked together surprisingly well.

"The SIPs provided a good thermal break and were quick to assemble," he said. "As for all the timber-frame pieces -- each one was made individually by Hans Timberworks -- they fit together perfectly. We brought them in in the morning, and were finished by the end of the day. If they hadn't fit perfectly, we wouldn't have finished in a day. It was either a 100 per cent fit, or nothing."

Now that the project's finished, the owners essentially have a home with a (pleasingly) split personality. Two-thirds of the home is traditional in design, while the other third (or so) is, well, tantamount to a ski lodge on the Prairies.

"With the basement, total living space is about 1,200 sq. ft.," Dueck said. "The addition went really well, so both parts of the home match up well. The master bedroom opens onto the catwalk, and they now have all the features they wanted."

And then some, said Wiebe.

"This seemingly small space packs in a catwalk, third-storey loft, exercise room, screened porch with hot tub and full, dropped basement below the addition," he said. "Everything tied in together very, very well."

"The owners are very pleased with the result and the overall experience," he said. "It took a lot of planning and co-ordination -- and there were challenges along the way -- but we pulled it off with a great team effort." 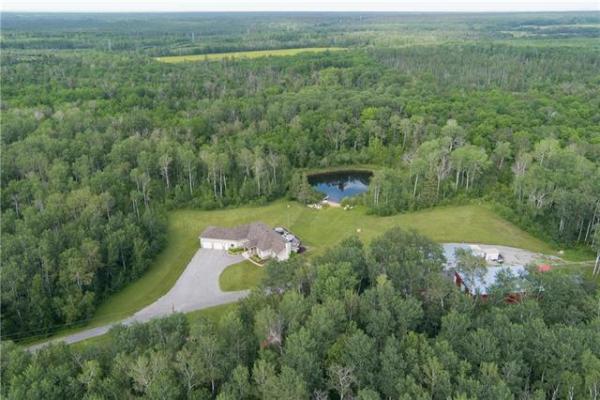