Throughout the years my list of frequent renovations has ranged from bathrooms and kitchens to decks and fences, as well as a few large additions and basements. A few years ago the pergola almost made it on this list — it seems an entire summer was spent building pergolas on newly built or existing decks. And then just like that, the pergola trend ended.

This winter season, the entertainment feature wall seems to be the hip and trendy project.

The basic premise remains the same — the client wants a structure that can house a TV, an inset electric fireplace, and a built-in shelf for the cable-box, to serve both functionally and aesthetically within the centre of the living room. Although the decorative sheathing and overall size of the unit may change, the design of the framework remains relatively similar.

Once the dimensions of the TV and fireplace are established, it is then possible to map the design on the wall using masking tape to allow the client to better visualize the size of the unit, and placement of the cavities for the TV and fireplace, as well as the location and size of the shelf. Two-by-three lumber is used to fashion the framing at a 10-inch depth, which is anchored to the studs along the wall behind the frame. Drywall is then affixed to every interior face of each cavity, and the entire exterior of the unit. The subjective exterior decoration would come next.

Although my clients had seen tiled examples of the two previous units which had been completed recently, they opted for a decorative stone instead. And it was the perfect choice to complement the existing earthy decor of their home. A matching 12-inch by 24-inch smooth tile would be used, however, on the interior sides of both the TV cavity and the shelf, to ensure those cavity faces are smooth and consistent.

Starting at the base of the unit, the first horizontal row of stone was set to the front of the unit using a high-grade adhesive. With the first row installed, and once level was confirmed, the initial row of each short side was also installed. Wherever the front stone and side stone met, the edges were mitered at 45-degree angles to complete a corner. The process continued row by row, until the last horizontal row was placed nearest the ceiling. Stone sections were notched and cut accordingly to negotiate all three cavities.

The stone was allowed to set overnight. Unlike the tiling process, interior stone does not require grout. As such, the unit was ready to be populated once an earth-tone caulk was used to fill the nominal grout lines along the seams of the smooth tile used within the TV cavity and lower shelf. The TV bracket was affixed to the wall within the TV cavity, centred left-to-right at a height that allows the bottom of the TV to barely sneak by the top of the bottom edge of the TV cavity. The TV was hung, all cables were connected and it was positioned. The fireplace box was then mounted to the framework, flush with the face of the stonework. Once powered up and tested, the front glass face of the fireplace was then set into position by sliding it back onto the retaining brackets. The feature unit was now populated and ready for use.

Although the basic layout and design of this entertainment unit remains similar to past projects, the final outcome is very different somehow. Choosing natural stone in lieu of tile allows the finished structure to blend naturally with the existing decor of the space. 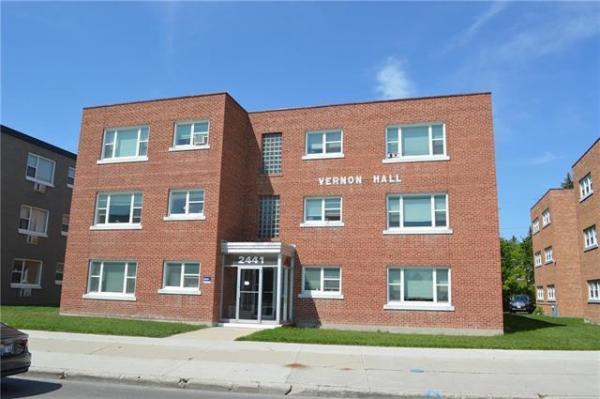