Teamwork a big part of the reno process

Contractors, homeowners and suppliers must all work together

When the ETAs from various suppliers differ, it is important to pre-order required items well in advance, to ensure deliveries coincide with the anticipated timeline of the project at hand. And this co-ordination becomes even more complex when it involves fabrication of custom items, and with the subsequent installation of specialized trades. Moreover, my time scheduled at the jobsite must be jointly factored in as well. Unforeseen delays can be disastrous.

A recent kitchen facelift was completed in just under five days. The project would entail new quartz countertops, along with a deeper stainless-steel double basin sink, a new touchless faucet, and light grey subway tile in a traditionally mounted brick pattern as an upgraded backsplash below all upper cabinets. The old arbrite countertops would be removed, as well as the existing backsplash which consists of 12x12-inch ceramic tiles set on a diamond pattern. Although the existing cabinets would be retained, several of the doors and drawer fronts needed to be fixed, as the corner joints had either loosened let go completely over time. Furthermore, all areas of wear would be refinished to freshen up the cupboards, that for the most part remained in satisfactory condition.

Beyond the new countertops, one area of the existing lower cabinets would be modified to eliminate a tiered counter, which had proven less useful in recent years. As such, Richard Rochon at Cabinet Corner provided a design to replace the lower tier with a cabinet that matches the height of the adjacent existing cabinet and recycles the two slim drawers of the old lower tier set above two cavities with adjustable shelves (as per the homeowners’ request). All the while attempting to co-ordinate my hectic schedule by forecasting a week-long opening within my calendar, the fabrication of the custom lower cabinet was estimated at three to four weeks. As such, a five-day period, five weeks out was slotted for this impending kitchen revival.

In the meantime, the homeowners chose their new sink and faucet, and the colour and style of quartz countertops. Once the sink was on site, Solid Stone was contacted to schedule the preliminary step of laser templating, which involves acquiring detailed measurements on-site for the countertop fabrication that also involves pre-cutting the opening for the selected sink, accomplished no less than a week in advance. At that time, a tentative date is also chosen for installation, which coincides with my schedule, based on the completion and delivery of the custom lower cabinet.

All aspects of the project remained on track until the week before the project tasks were set to get underway. Unfortunately, the quantity of light grey subway that had been chosen from the big box store was insufficient for our project, despite assurances that inventory was plentiful. This created a huge issue, as light grey subway tile was a hot commodity and inventory had waned at most stores. And although an attempt to push the entire project back (until the desired tile could be found) had crossed my mind, there were just too many factors affecting a potential re-date.

The project must proceed as planned, and the big hunt for the right tile quickly became priority.

During the last few days of the week prior to the kitchen facelift start date, I visited no fewer than nine locations hunting down a tile substitution. Although a few stores had a viable tile in their display, it would take a couple of weeks for it to arrive. Luckily, a colleague at another big box store suggested I visit a tile distributor, one with whom I had not yet had any dealings. Having run out of options, this would be my last hope before having to decide whether to postpone the project, or in the very least complete the project to the pre-tiling stage. A preliminary call was made to ensure a subway tile of similar description was potentially available. After a friendly chat with a gentleman named Avi, the information provided seemed to offer a glimmer of hope.

Upon entering the establishment, Olympia Tile + Stone on Sheppard at Inkster, I was promptly greeted by Suzanne, who immediately directed me to the display of various subway tiles. To my delight, there was one tile staring at me from the display board, a near replica of the original tile the homeowners had selected. Upon inquiry, I was told that only the matte-finish version of this light grey tile was currently stocked in the back warehouse — the news dissipated the wind from my sails briefly. However, Avi would quickly set me back on course. It just so happened that the glossy sought-after tile was stocked in Toronto and could arrive in Winnipeg by the Monday or Tuesday of the week slotted for the kitchen facelift project. Because the Monday and Tuesday had been set aside for kitchen prep (arbrite countertop and old backsplash removal, outlet introduction on the island, etc.) anyway, tiling wouldn’t even commence until after the quartz installation, scheduled for the Wednesday.

Was the subway tile crisis averted?

A sample of the glossy tile was shown to the homeowner later the same day, and the order was formally placed just before Olympia closed for the day. During that call, the situation improved even more — staff located some glossy tile on the premises, enough to satisfy my backsplash requirements. The required tile was put on hold, and I picked them up the very next day. Olympia Tile + Stone had come to the rescue, allowing the job to stay on schedule — our first transaction, and treated like royalty! Notably however, it was another supplier with whom I’ve done much business that suggested I try Olympia, even though it may result in an order with another. That is truly incredible service, being sent elsewhere when it’s apparent my needs cannot be met rather than attempting to coerce me into something less favourable, just to make a sale. Everyone involved in this situation deserves a round of applause, and my gratitude continues to billow.

Following the quartz countertop and undermount sink installations on Wednesday morning, the new faucet was mounted, and the new drain as well as recycled garburator were reconnected. The new glossy light-grey subway tile was systematically affixed to the walls below all upper cabs, and grouted the following day. Stain was applied along all remaining worn areas of the cabinets throughout, until all cupboards shine like new. The kitchen is reborn, for a fraction of the cost of starting anew. Most importantly, the project was completed on schedule, in five days as anticipated. 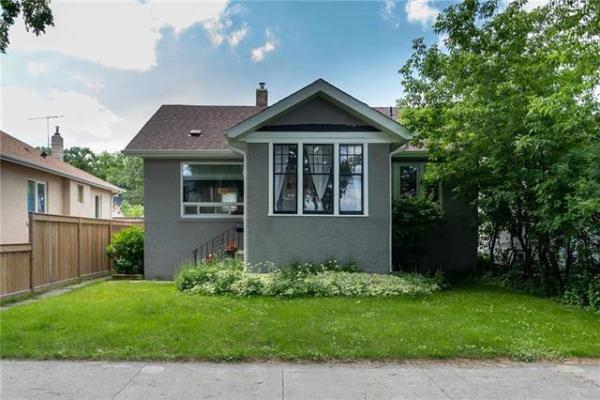