Even a local squirrel got in on the action

It definitely has been the “summer of pergolas” – by my count, over half a dozen in total, which far exceeds the drought of a few years ago. And before some readers have the urge to send correspondence, asking why I persist with columns of builds that showcase beautiful summer weather after the snowy season has begun (as if I’m somehow rubbing it in?!), these projects are on my list of topics, and it’s nice to relive some summer experiences while writing, after having spent the day on slippery roads to kick off the winter season.

The untold stories of the two remaining pergolas completed this summer are essentially one in the same. Other than the overall heights of the posts which differ by only a few inches, the canopy grade, number of main veins and upper cross veins, as well as the required number of corrugated semi-clear roof panels are identical. The 6×6 back posts were first erected along the exterior wall of the house with the pre-notched tandem support veins already mounted. The front 6×6 and support vein arrays were then lifted and held temporarily, until the pre-notched main veins are systematically dropped into place, one by one. Once the 2×4 cross veins are fastened atop, the corrugated roof panel installation completes the build.

What sets these two pergolas apart, are recent tales I’ve learned from the homeowners, which I thought might be fun to share.

The first involves a pesky squirrel that got himself into a bit of trouble. It seems while running along the eavestrough, a mis-step tumbled the critter onto the clear rooftop while the homeowners were seated below, enjoying an early evening of pre-autumn weather. The squirrel appeared shaken up by the experience, and quickly tried to regain his composure by jetting back towards the familiar eavestrough pathway. With every launch however, the poor little guy kept inching backwards with the grade of the canopy. Seemingly perplexed, his attempts had become less frequent – whether embarrassed by the observers below, or simply unable to comprehend the physics that had corrupted his getaway plans, the squirrel simply froze at one point. What would become of this little fellah?

After a long pause, the animal finally had an epiphany – he slowly and carefully turned his little body within the low of the corrugated panel that had been working against his retreat, until he was facing downward with the grade. With one tiny paw at a time, the squirrel had determined that he could indeed walk his way to the end of the topside panels slowly, until reaching the lumber veins that protrude past the corrugated edge, allowing him to hop along the veins, grasp the 6×6 post and make his way down to the safety of the ground. The entire event unfold in less than two minutes the homeowner says, but it was a very entertaining two minutes.

The second story is one that would never have crossed my mind. Again, while the homeowners were enjoying the last hints of summer under their new pergola with semi-clear roof, out of the blue sounded what could have been gunfire. Stunned, the couple were jolted from their seats – what was that? And then it happened again. The frequency of the shots increased – this continued well into the evening, and sounded much like a machine-gun. Never would I have ever guessed to warn clients about adding a corrugated roof to the canopy of a pergola that happens to be situated directly below the much larger and higher canopy of an oak tree – acorn season had begun, and the gunfire rang out for days. Gravity’s tug on these acorns got so loud and nerve-racking, that the couple had to settle back into their older gazebo despite their love for this newly created pergola space.

Even passersby were sent into a frenzy at the remarkably loud and punctuated sound created by an acorn dropping onto the pergola’s canopy. Fortunately, it may simply be the heavy year of a seven-year cycle of acorn production, that oak trees tend to follow (or so I was informed). For the homeowners’ sake, I sincerely hope this is true. A very memorable and funny pergola anecdote, none-the-less.

Building exterior projects is always fun – they bring back memories of sunny days and warmer weather. And it isn’t often I get to relive a project in a setting beyond the timeline it took to build. Little tales such as these allow me to truly know that the spaces created are functional, being enjoyed family and friends, slowly becoming a legacy embedded within the homeowners’ memories. And even though I’m not there, I do feel as though I’m a small part of it – and that’s a nice feeling to have once and a while. 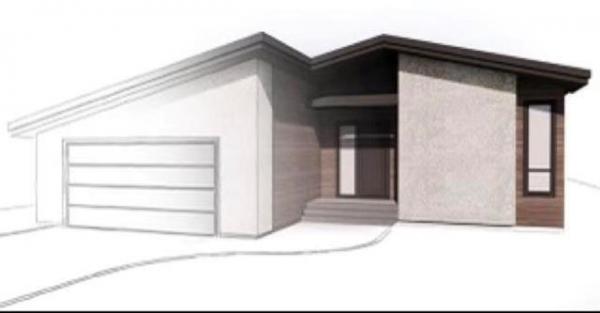