Understanding homes that go BANG in the night

We had vinyl siding installed on our house, approximately five years ago. Since that time, we have experienced a loud banging in a particular area of the back of the house. It seems to become louder during the winter months and the colder it is, the louder the banging is. There is a deck attached to the house and there is also an electrical outlet near where the banging seems to come from. Do you have any suggestions what may be causing this?

Answer: Mysterious banging noises, particularly in the evening and during the winter, are simply due to expansion and contraction of various building components. They may appear to signal some issue to be dealt with, but are normal for older homes and nothing to be concerned about.

One of the most unusual questions I frequently receive may exactly mirror the one you have recently sent. Strange, loud, noises in the night, often emanating from the upper floor of the home. These have been described as banging, crashing, popping, but all are quite audible and brief. When investigating the cause of an issue like this, I always look for two main things. Has anything changed in the home, recently, like a significant renovation? Secondly, I look for commonalities with other situations I have observed in other buildings, over the years.

To satisfy my first question, you have stated that you had vinyl siding installed on your home a few years ago. While this is a fairly extensive renovation, the impact on the home would certainly depend on the method used by the contractor. Did they completely remove the old siding or stucco? If so, did they add a layer of insulation to the exterior of the house before strapping and nailing on the new siding? We will explore these two questions, as they may be somewhat of a clue to why the noises are only happening now, as opposed to in the past.

If they simply installed wood strapping to the older siding or stucco on your home, and built out the window and door frames to accommodate the added thickness of the new vinyl siding, then there should be minimal disruption to the actual building enclosure. In that situation, there may be no correlation between the new noises and the renovation. But, if they removed all the siding, especially if it was older, cement-based stucco, then the situation is completely different.

Removing older stucco is very labour-intensive and typically involves extensive hammering on the surface to break it up into smaller, more manageable sections. The stucco is secured to strong wire mesh, which is nailed or stapled into the exterior wall sheathing, beneath. Once the stucco is fairly damaged and the wire partially exposed, smaller, lighter sections can be pried off the old sheathing. The wire can then be cut in various locations to allow easier removal of smaller sections of material. That method is much safer than trying to remove the entire stucco assembly in larger sections, which would be very heavy and a safety hazard if it fell on any workers. This process takes a fair amount of time and may cause some damage and looseness to the exterior wall sheathing beneath. Removing older wood siding may be easier, but will also require use of pry bars and hammers to pull it and the old nails off the substrate, which can have similar effects on the outside walls.

In the simplest of upgrades, the new vinyl siding would be loosely nailed to the sheathing over top of the existing building paper. As long as the building paper was not damaged during removal of the older siding, it could be reused. If it is not in satisfactory condition, new building paper or Housewrap should be added before installation of the vinyl planks. If the thickness of the new vinyl is roughly the same as the old material, installation may be as easy as nailing it directly to the older plywood or solid wood planks. In that case, it would be very important to inspect the older sheathing and re-secure any sections that have become loose from the wall studs, beneath. Alternatively, thin wood strapping could be nailed over top of the sheathing, preferably directly through to the studs, to allow a well-secured nailing surface for the new vinyl.

If the older sheathing was inadvertently loosened during removal of the original siding, and not properly re-fastened, it may provide an answer for which building materials are noisily expanding and contracting during the daytime to nighttime temperature swings, especially on a sunny winter day. The sun heating up the exterior wall during the daytime may cause significant expansion, while rapid temperature drop after the sun goes down can facilitate sudden shrinkage of the sheathing, strapping, and especially metal fasteners. This quick contraction can cause different materials to move slightly against other, suddenly, releasing built up pressure and creating the loud noises you are hearing.

This newer phenomenon may also be happening if you added rigid insulation to the exterior walls prior to the siding. That common practice would certainly have made the house more comfortable and energy efficient, but may also have affected the temperature of the entire wall cavity. While that was a wise choice, it may have inadvertently changed the thermal dynamics of the wall assembly, allowing some components to be more affected by the outside temperature swings than previously.

Loud noises, normally heard in the winter evening or nighttime, may seem like a problem but are simply due to extreme temperature changes after the sun sets. This may have been caused by some aspect of your siding upgrade, but tying to do anything to fix it it should be unnecessary for this common nuisance. 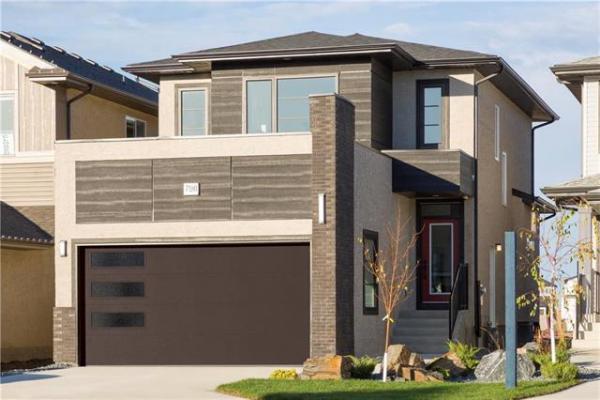