Wipe a way those tiers

Design trends often fall out of favour with homeowners once the intended functionality falters. At a recent kitchen facelift project, a priority request was to rid the kitchen of far countertop’s lower tier, an apparent desktop attached to a lower cabinet adjacent the fridge. At first glance, it is an awkwardly conceived placement for a desk, with no visible chair in sight. There must be a better use of this space.

After consulting with the homeowners, the lower tier had become no more then a great place to pile stuff. Moreover, the pile never seemed to ever go away. As such, we discussed the intention of converting this eyesore into an extension of the adjacent cabinet, that would include an area of adjustable shelving below the countertop where the kids could neatly stash their things. Because it had been decided that the existing cupboards would be retained and refurbished where required, there could also be a way to recycle the two slim drawers at the lower tier and incorporate them within a new design.

With drawers in hand, a quick visit to Cabinet Corner on Des Meurons proved quite fruitful. Richard Rochon would create a new lower cabinet of same width, that matches the height of the existing lower cabinet adjacent the fridge. The lower cupboards would then double in width once the new cabinet was set in place. The slim drawers would be implemented at the top of the new cabinetry, and two open cavities below with adjustable shelves would provide the sought-after storage space for which the homeowners had hoped. The drawer fronts would also enable the team at Cabinet Corner to accurately colour-match the stain required when refinishing the new cabinet, after being constructed.

The design was forwarded for approval and within just a few weeks, the lower cabinet was ready for pick-up. At first glance, I couldn’t believe my eyes – the cabinet so closely matched the old drawer fronts, that it appeared as though the cabinet had always been that way. We carefully loaded it into my truck, and I made my way to the clients’ house.

Once the kitchen area had been fully prepped (countertops and old backsplash removed), the new lower cabinet installation could begin. The cupboard was first carefully moved into position next to the existing cabinet. Built to the same height and depth, only minor leveling and shimming was required to get the cabinet plumb. One-and-a-quarter inch particle board screws were used to fasten the new cabinet to the adjacent cupboard, while three-and-a-half inch construction screws would fasten the back of the new cabinet to the wall, at every stud location. The drawers were set back into place, and the shelves were positioned much like the initial design drawing. The final step regarding the cabinet introduction would involve setting the full-length toe-kick, spanning the entire width of both the new cabinet and the existing one, to avoid a seam where the two cupboards meet. With the newly configured lower portion of this kitchen cupboard wing complete, the following stages of the kitchen facelift (new quartz countertops and light grey subway tile backsplash) could proceed.

Shortly after the kitchen facelift had been completed, a quick visit to the jobsite revealed just how well the new lower cabinet blends in with the entire kitchen. Not only is the stain a near perfect match, but the added storage space has been fully adapted to the homeowners needs. That pile of stuff is no longer and eyesore, neatly stowed below the countertop in neatly configured wicker baskets set upon the shelves along the left-hand side cavity, while a variety of cookbooks are proudly displayed on the left. What was an eyesore, has become a focal point.

Starting anew is not always the best path. Not only would it have been very costly to replace all the cupboards in this kitchen, the inherently longer downtime would have placed a huge strain on daily family life. By addressing the sole area of cabinetry that had proven dysfunctional and touching up all areas of wear with the matching stain created to refinish the new lower cabinet to match, all the cupboards now shine like new, for a fraction of the cost, and with negligeable interruption to kitchen amenities. This kitchen has a new lease on life, and the homeowners are ecstatic with the results. 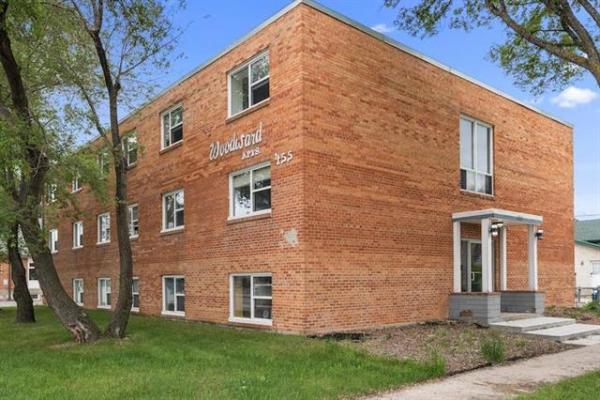