About three years ago, Maric Homes bought a sprawling, modern-looking bungalow at 515 Bower Blvd. in Tuxedo.

Custom built in 1974, the home, which sports a clean, linear design that draws your eye to the home when to drive or walk by it, was built to the highest standards with a piled foundation and structural concrete floor.

At the time, the home was lauded for its novel design.

However, over the years, little was done to it, and it slowly but surely became a capsule of the 1970s.

Then, Maric Homes’ renovation division jumped at the chance to purchase the solid but dated home when it came up for sale.

Now, at long last, the renovations have been completed, says Steven Crampton of RE/MAX Executives Realty.

“Basically, the home was gutted to the studs and new electrical, plumbing and mechanical systems were put in,” he says. “The layout didn’t change much, with the exception of opening the kitchen up to the living room.”

Funky seventies’ colours, primarily various shades of green, were removed and replaced by modern colours and finishes that immediately notify you that you’re now in the 21st century.

Crampton says the modern makeover starts in the foyer and flows freely from there through the entire home.

“It’s just incredible with its maple-lined vaulted ceiling, gorgeous maple barn doors that can close off the entrance to the family room and a grey porcelain tile floor. There’s also a bench to sit down and take your shoes off at and a mod chandelier that fills the foyer with light.”

Turns out, the four spaces that sweep stylishly around the foyer (living room, dining room, kitchen and family room) are just as fetching and functional.

“Removing the wall between the living room created an open-concept area that offers great flow,” he says. “The kitchen opens perfectly onto the living room, which then flows naturally into the dining area. A doorway on its side wall leads straight into an amazing kitchen.”

Centred around an extra-long island with quartz countertops, it’s a stunning yet practical space.

A charcoal tile floor offers a rich, dark counterpoint to a host of white cabinets on either side of it, while black and grey veins in the off-white granite add a subtle wow factor.

At the same time, new-installed maple beams with inset lighting above add another wonderful dash of style to the design mix.

There’s also a cool area to the rear of the kitchen, says Crampton.

“A banquette-style eating nook with quartzite table and seating for eight adds a neat little spot to eat breakfast or lunch. It finishes the area off perfectly, and flows nicely into the family room, which has its original fireplace and an oversized patio door that leads out to a large, fenced backyard with a huge patio area.”

Walk through the doorway at the front of the family room, and you find yourself in the bedroom wing, which houses a laundry room, door to the huge insulated, heated attached garage.

A second hallway to the right holds the main bath and three bedrooms including the palatial primary bedroom.

“The vaulted ceiling with its maple lining just adds an extra bit of wow factor to a beautiful space,” he says. “And the ensuite is even more jaw dropping.”

In a word, the ensuite is opulent. Yet, it’s not ostentatious.

“It’s the ultimate retreat,” says Crampton. “It starts off with custom showers on either side of the entrance, and then you come to its focal point, a soaker tub with a chandelier above and a two-tone feature wall with diamond pattern behind. The two-tone tile floor looks amazing with his/her vanities on either side, and there’s a huge dressing area behind it with tons of built-in storage.”

He adds that the fully finished lower level, which offers 1,200 sq. ft. of livable space, finishes off the beautifully remodelled home perfectly.

“There’s a custom wine room, big rec room with wet bar, exercise room, bathroom with steam shower, third bedroom and a sauna. To say that Maric Homes’ renovation arm did a masterful job on the home would be an understatement. It’s a masterpiece from beginning to end.” 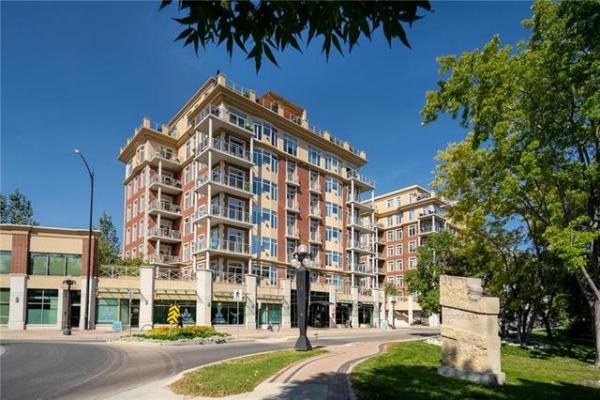