Still trendy after all these years

Fort Garry architectural gem way ahead of its time

One of 10 trend houses being built across Canada at the time, the sprawling bungalow — which was designed by Smith-Carter Katelnickof Architect — featured a hybrid design that combined modern design themes with the versatility and natural beauty of western woods.

In this instance, the raised bungalow’s exterior was clad with pacific coast hemlock, while its interior prominently featured more of the rich-looking hemlock, along with Manitoba tyndall stone. The home’s interior was also unlike most homes of the day, featuring an open-concept floor plan that was designed to promote flow and flexibility.

Today, the home — which was designed by the owner’s father, and has stayed in the same family for 67 years — is up for sale.

Glen MacAngus of Royal LePage Top Producers says the 3,620 sq. ft. bungalow is a prime example of how a forward-thinking design can still shine six decades after it was conceived.

"It was way ahead of its time," he says. "To start with, it was built on piles with a structural concrete basement floor — something that was rare back in the early fifties. On the main floor, the home was built with 2x12 on 12-inch centres, which allowed for the open-concept floor plan."

That commitment to innovation and quality — the home is as solid today as it was 67 years ago — also made for an interior design that has stood the test of time.

Thanks to the stout 2x12 construction — and several inconspicuous, well-placed posts — the home’s main living area rivals today’s open-concept designs with all its space and volume.

At the same time, huge windows on its rear wall in a sunken sunroom, living room with floor-to-ceiling tyndall stone fireplace and sunken sitting room allow not only for tons of natural light to cascade inside, but for amazing river views.

"When the sun’s out, it just lights up the main living area," says MacAngus. "You get a lot of passive heating from all the windows, which is a great feature in the winter. The river and forest views are incredible, and a patio door off the living room leads out to a wide backyard deck that overlooks the park-like yard and river."

A vaulted ceiling lined with hemlock adds to the feeling of volume and creates a rustic warmth.

Then, there’s another modern feature: a huge dining room to the rear that opens beautifully onto a spacious, galley-style kitchen.

"It’s been updated with granite countertops, a tile backsplash, white cabinets and stainless appliances," he says. "A cut-out in its rear wall allows light from the windows in the living room to flow into it, and a big window over the double sink adds more light."

The main floor is then finished off by a wing to the left of the foyer that holds three bedrooms and an updated main bath.

"It’s a wonderful space that comes with a corner fireplace, cherry hardwoods and a glass-lined rear wall that gives you a panoramic river view. The main bath — it’s a luxurious space with its heated tile floor, eight-foot custom-tiled shower, sauna, skylight and dual vanity — is just steps away."

Finally, there’s the lower level, which again was ahead of its time in its design.

"This home comes with a walk-out basement, a feature that was very rare 67 years ago," he says. "The media area has a door on its rear wall that you can use to access the backyard. There’s also a wet bar, three-piece bath, fourth bedroom and huge laundry/storage room."

The home is ready and waiting for new owners, says MacAngus.

"With a few key updates, it will come up shining like a new penny. Best of all, you’re on a prime river lot that’s one of the best in the city — everything here is as good as you can get. If you’re looking for a timeless classic in a great area to put your own stamp on, this could be the one for you." 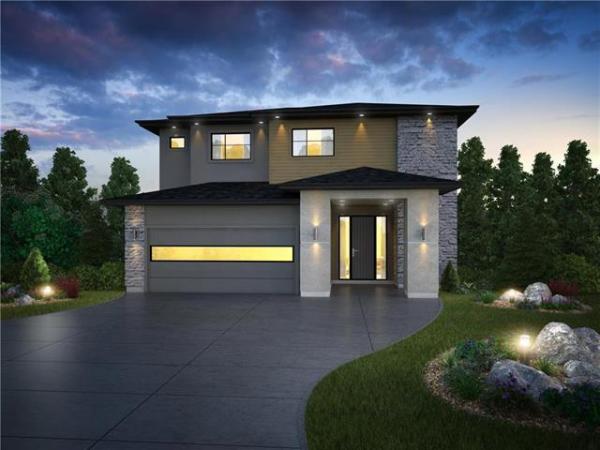