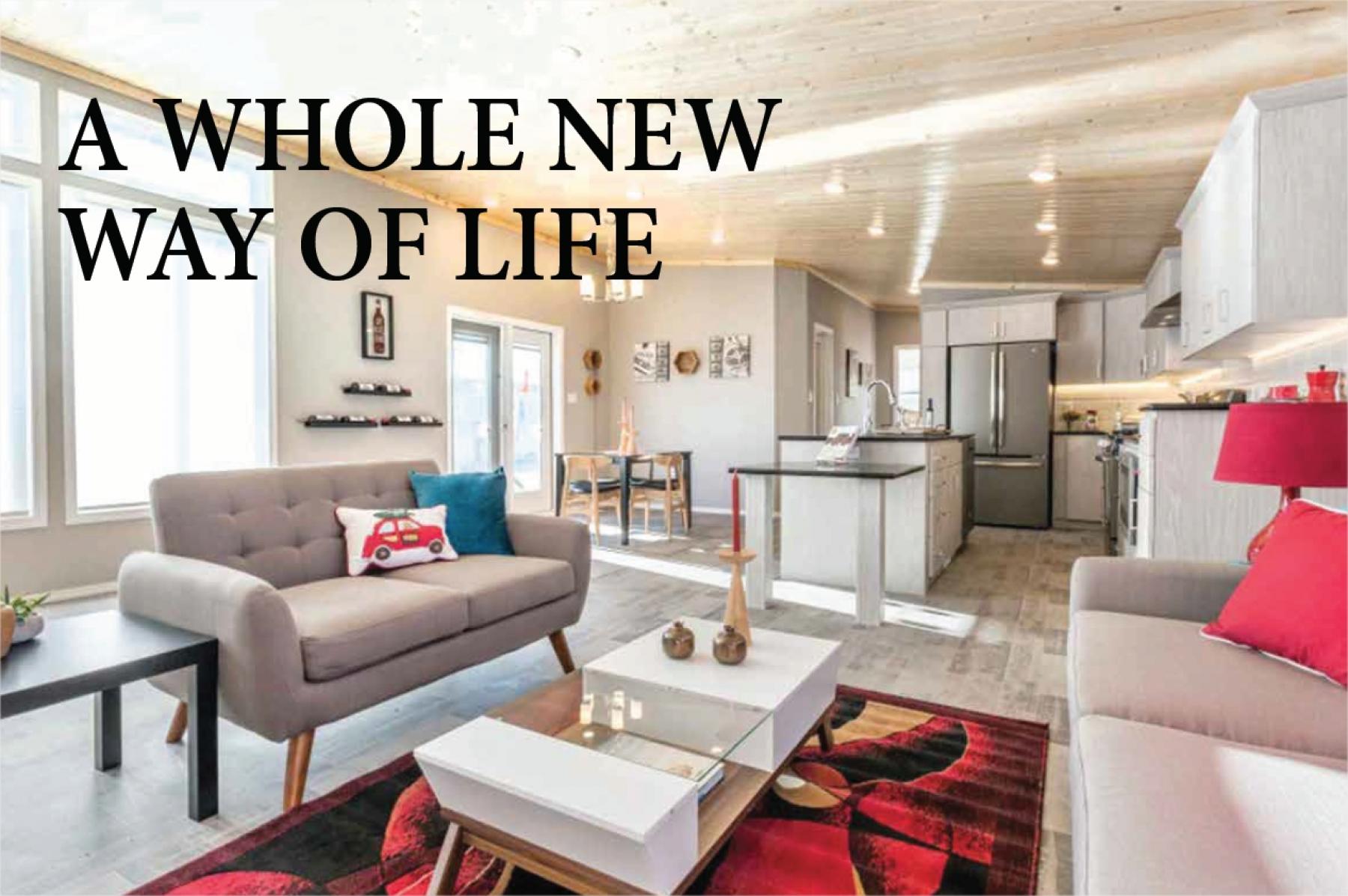 A whole new way of life

Question: Is it smart to leave my front porch cushions out all summer long, or do most people take them out only when guests are coming over? The extra work of keeping the upholstery clean is such a headache. Lorraine

Answer: There is no hard and fast rule for every person. Determine what works best for you according to your needs and limitations. Our summers are short and since you are referring to the front of your house, you may want to display the cushions for July and August. Other people choose to take the cushions into the garage or store them in a bin on the porch when not in use so that the fabric is not covered in dust and pollen when company arrives.

Question: I put my air mattress away when it was still wet, and it now has mould spots. I washed it with water and vinegar and dried it in the very hot sun. No smell, but the stains still show, do you think the mould is gone? What else can I do to get rid of the stains? Robert

Answer: Regarding safety concerns, it is important that you clean off the mould stains on your mattress. Wipe the stains with a cloth and Lysol or rubbing alcohol. Scrub and rinse the area with water. When the stains are gone, blot the wet area with a dry cloth and air dry.

Question: What is the best way to clean a self-cleaning oven that has a thick layer of baked on grease on the oven floor? Lorraine

Answer: For people who do not own a self-cleaning oven, the oven mess does not have to become a dreaded chore. The world’s easiest way to clean an oven is to sprinkle the bottom of the oven with baking soda. Pour white vinegar over the baking soda, let bubble and soak for 30 minutes. Wipe and rinse with water. In the meantime, put an old towel on the bottom of your bathtub, fill it with hot water and one cup of washing soda. Let oven racks soak overnight and, in the morning, (while wearing gloves) rinse the racks and wipe with vinegar. Clean as a whistle. Note: Do not leave water in the tub if small children reside in the home.

Note: Every user assumes all risks of injury or damage resulting from the implementation of any suggestions in this column. Test all products on an inconspicuous area first.

Have a great suggestion or tip? Please send an email at: info@reena.ca. Reena Nerbas is a popular motivational presenter for large and small groups; check out her website: reena.ca. 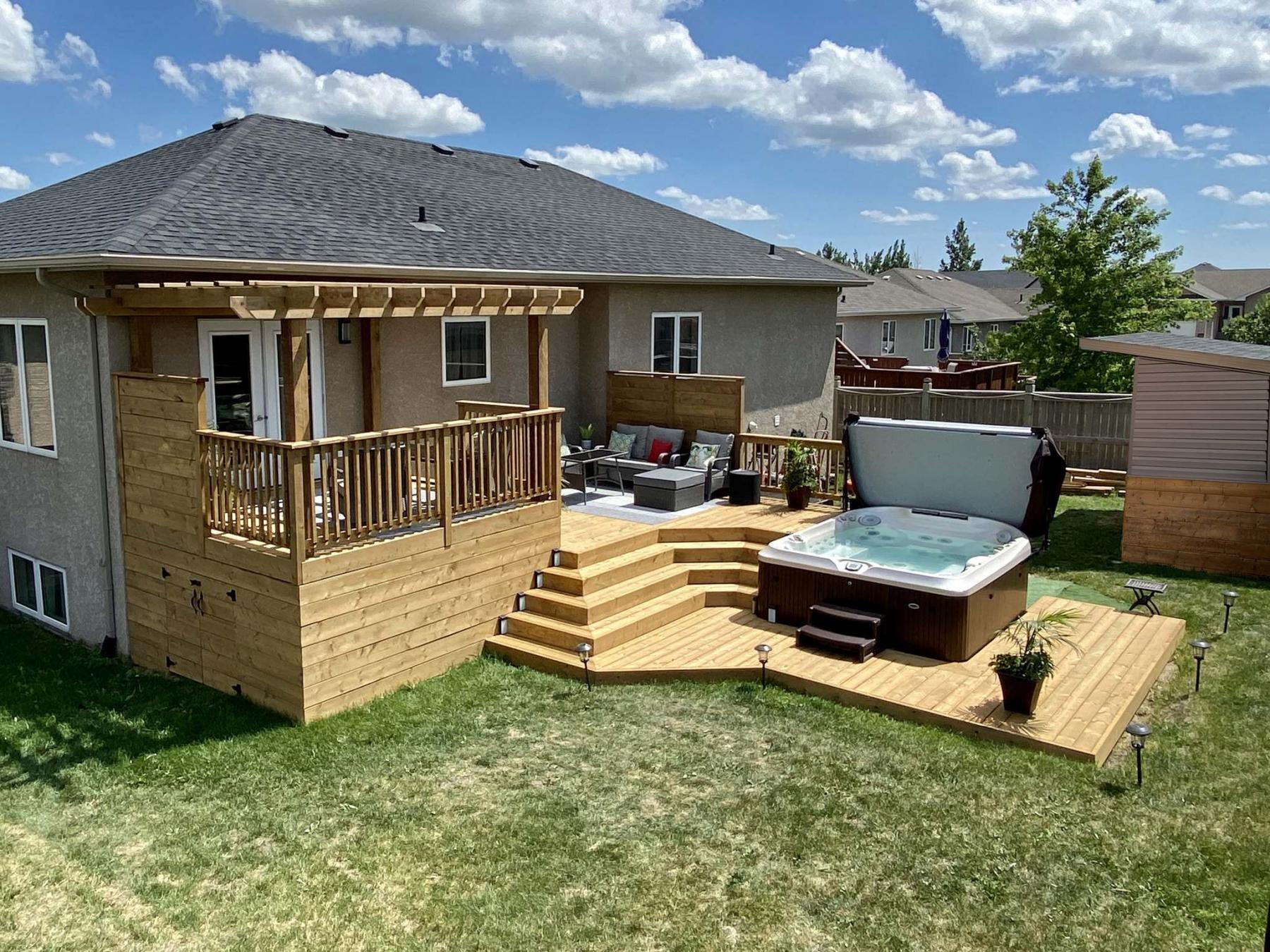 Tiers of joy for this refreshed space

There is no quick fix for squeaky floors

Question: My son just bought a bungalow in Ottawa and the floors are squeaky. One half of the basement ceiling is exposed and the other half, which is approximately 500 square feet, is finished. There is a company that says they can solve the problem by injecting a product up into the ceiling. I’m not so sure this would work. It is very expensive to do. Around $1,400 for 50 square feet. Although it would be messy, I’m thinking that the proper way would be to remove the gyprock from the ceiling to get at the sub floor and joists. I think it would also be less expensive. Also, it would enable soundproofing material to be added, which he wants to do. His home was built in 1959 and it looks like the finished hardwood flooring was nailed to the subfloor. Thanks, Paul Edwards.

Answer: Fixing noisy old hardwood floors is something that is often attempted, but rarely is it ever successful. Contractors with various types of quick fixes, or expensive systems, are usually not reliable. Unfortunately, the only way to stop the noisy squeaking is to remove the flooring, secure the subfloor, and install new flooring.

The construction of your son’s older home floor inherently leads to noisy floors, when walked on. This is because there are two or more layers of wood nailed on top of the existing floor joists. Over time, the wood shrinks and the nails become loose. The loose fasteners allow movement of the wood against the other layers, causing noisy squeaks.

The support structure for an older floor is typically one or more solid or laminated fir main beams. These beams may be supported on older, solid fir post or columns, or on more modern adjustable steel teleposts. The teleposts would have been retrofitted to allow adjustment of the main beam if the house has settled.

On top of the wooden beam sit the floor joists, often also comprised of Douglas fir, with typical dimensions of 2x8 or 2x10.

These older fir floor joists are strong, but do dry out considerably after installation. Because of this, they may bow or twist and develop visible cracks.

The noise problems with this type of older floor begins with the wooden subfloor. The subfloor is typically constructed of dimensional one-inch thick planks or shiplap. These thin fir boards may have square edges which are typically spaced slightly apart from the adjacent planks. The spacing between them allows for some shrinkage and movement. Alternatively, shiplap planks were also commonly used that have alternating dadoes on each side, which were overlapped with the adjacent board. Because the dadoes are not secured together, they also allow for shrinkage and slight movement, but provide a more complete coverage than square planks.

Due to the technology of the time, most of these subfloors were nailed directly into the joists with smooth, standard nails. Because the nails have smooth sides, they have a tendency to loosen over time. The result of this is slight upward and downward movement of the wood when a load is applied. In other words, when someone walks on the floor the boards move, creating friction and noise between the planks and the joists.

When older hardwood flooring was installed, a thin layer of building paper was also often laid over top of the subfloor before the floor boards. This was partially to prevent dust and dirt from above the floor falling into the gaps in the subfloor, but also as a noise prevention system. The paper would prevent friction between slightly loose hardwood floorboards and the subfloor. This could significantly reduce noise, but has a limited lifespan. The paper could wear out, over time, and now additional squeaks may be heard between the individual floor layers as well as the joists, themselves.

There have been numerous attempts to minimize this noise by accessing the floor sheathing from beneath, but most have limited success.

Driving shims between the joists and subfloor, gluing or screwing small blocks of wood underneath, and various forms of injection of adhesives have been tried. For the most part, most of these have limited success and are often extremely labour intensive to install. Over time these will ultimately fail because nothing has been done to permanently re-fasten the loose subfloor or floorboards.

Trying to fix the noisy floor with some form of injection from below sounds like a bit of scam and will not last. Especially since the costs seem exorbitant, I would recommend against it.

The only proper way to stop the noise is by removing the older flooring, and screwing down the old subfloor planks with modern flooring screws.

This will allow any new flooring to be installed over top with minimal movement and no squeaking.

How to achieve optimum furniture placement

What makes one room successful and another a failure? It often comes down to proper furniture placement. It is a skill to be able to lay out a room effectively. Often a room feels overstuffed with furniture or is laid out in a way that lacks cohesion. This is where proper planning and placement come into play.

This should be part of your process before you buy a single piece of furniture. It is a step many homeowners forget. Failure to properly preplan a space often results in furniture that is too small, too big or just too much. In short, it often leads to a poorly executed space. Before you begin, consider three simple steps.

1. Measure your rooms with a laser tool or refer to a floor plan.

2. Plan out the furniture pieces you wish to have in a room.

3. Select specific pieces that fit the appropriate size and scale.

The best advice is to buy large pieces first. For example, purchase your sofa before you purchase side tables, or buy your bed before nightstands. It is important to have clarity as far as what can properly fit in a space, and the only way to set you on the right path is to place bigger items first. Want to add an area rug? Rugs certainly help to add a finishing touch. Many designers recommend choosing a rug first, for either colour or design inspiration, or last, to tie everything together.

Plan your outdoor environment in the same way you would plan the design and layout of spaces within the home. Creating a floor plan is helpful, but begin by determining how you wish to use the space and then divide your outdoor space into zones. Zones could include a lounge or relaxation zone, as well as perhaps a dining zone. 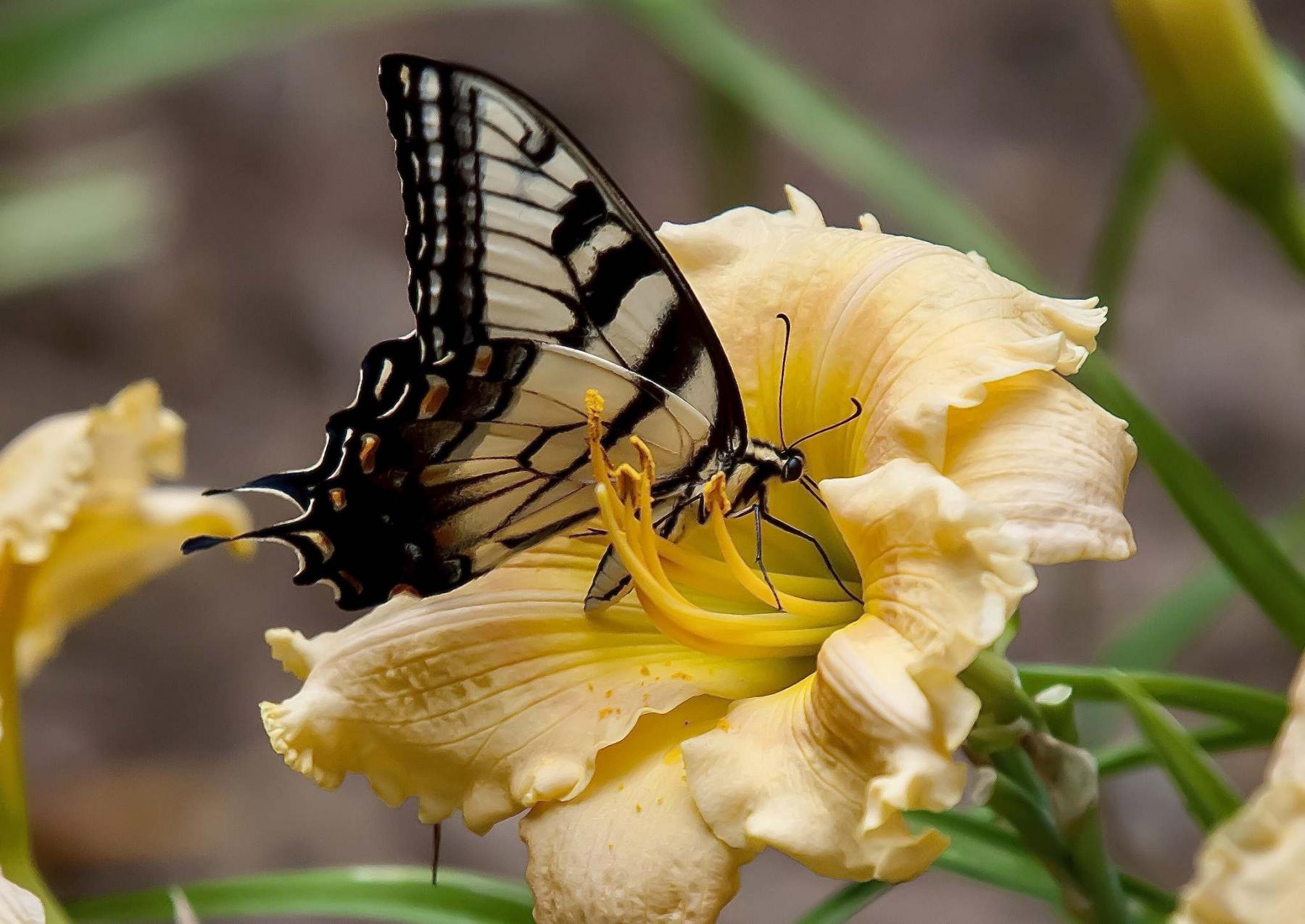 Put your garden in blooming rhythm with stunning daylilies 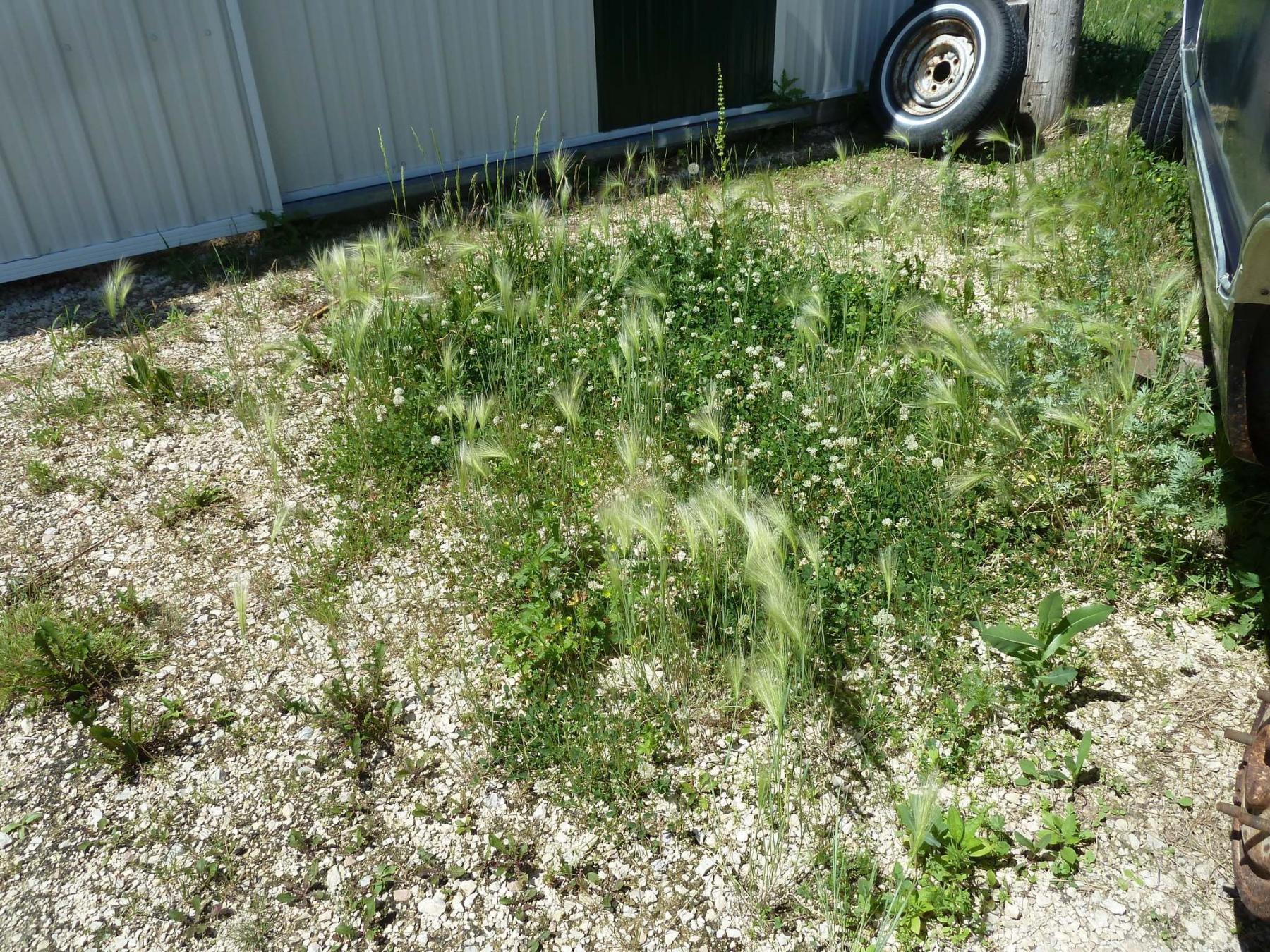 Dr. Mustard is in the house 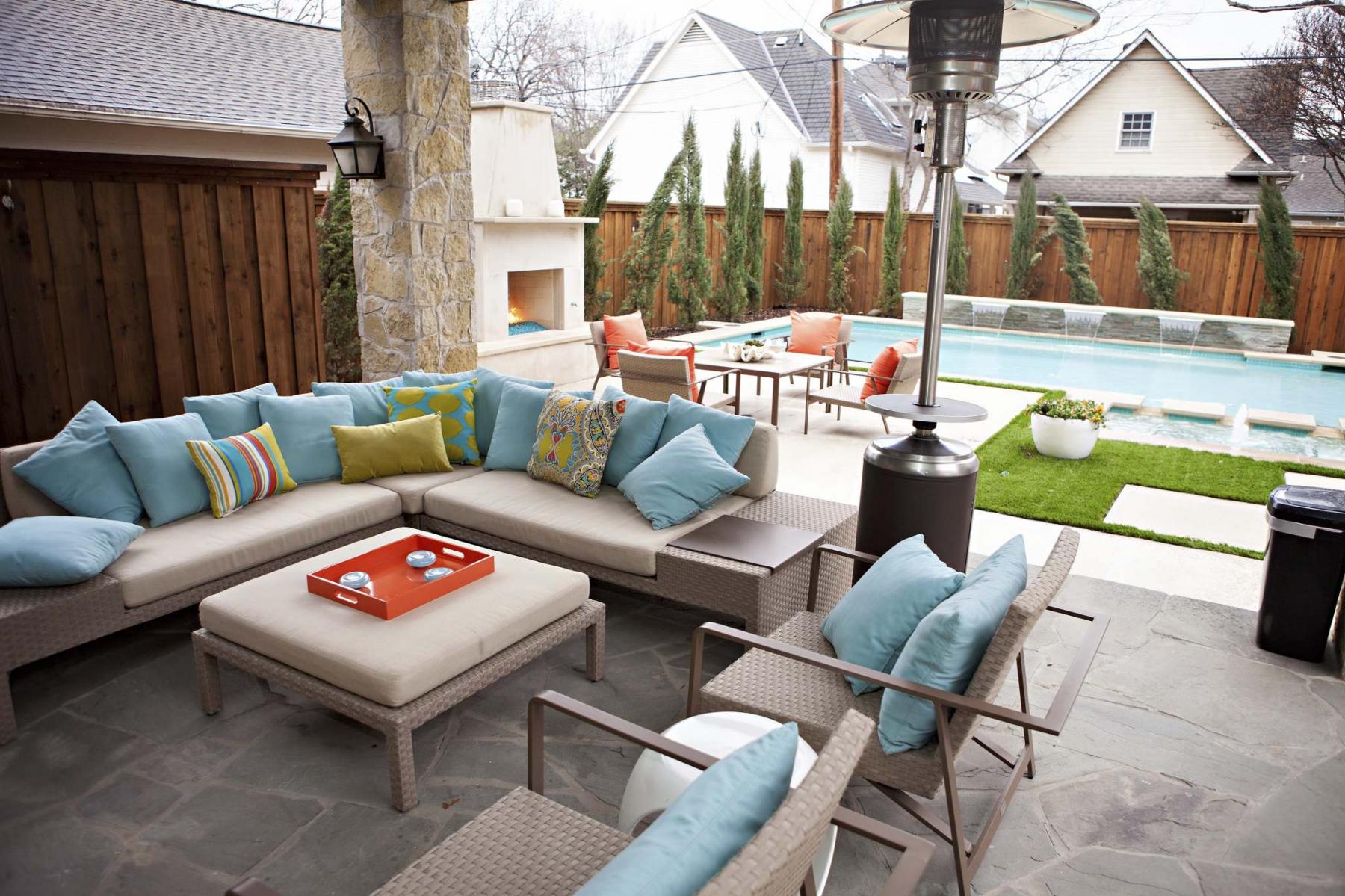 Summer trends we keep on loving year after year 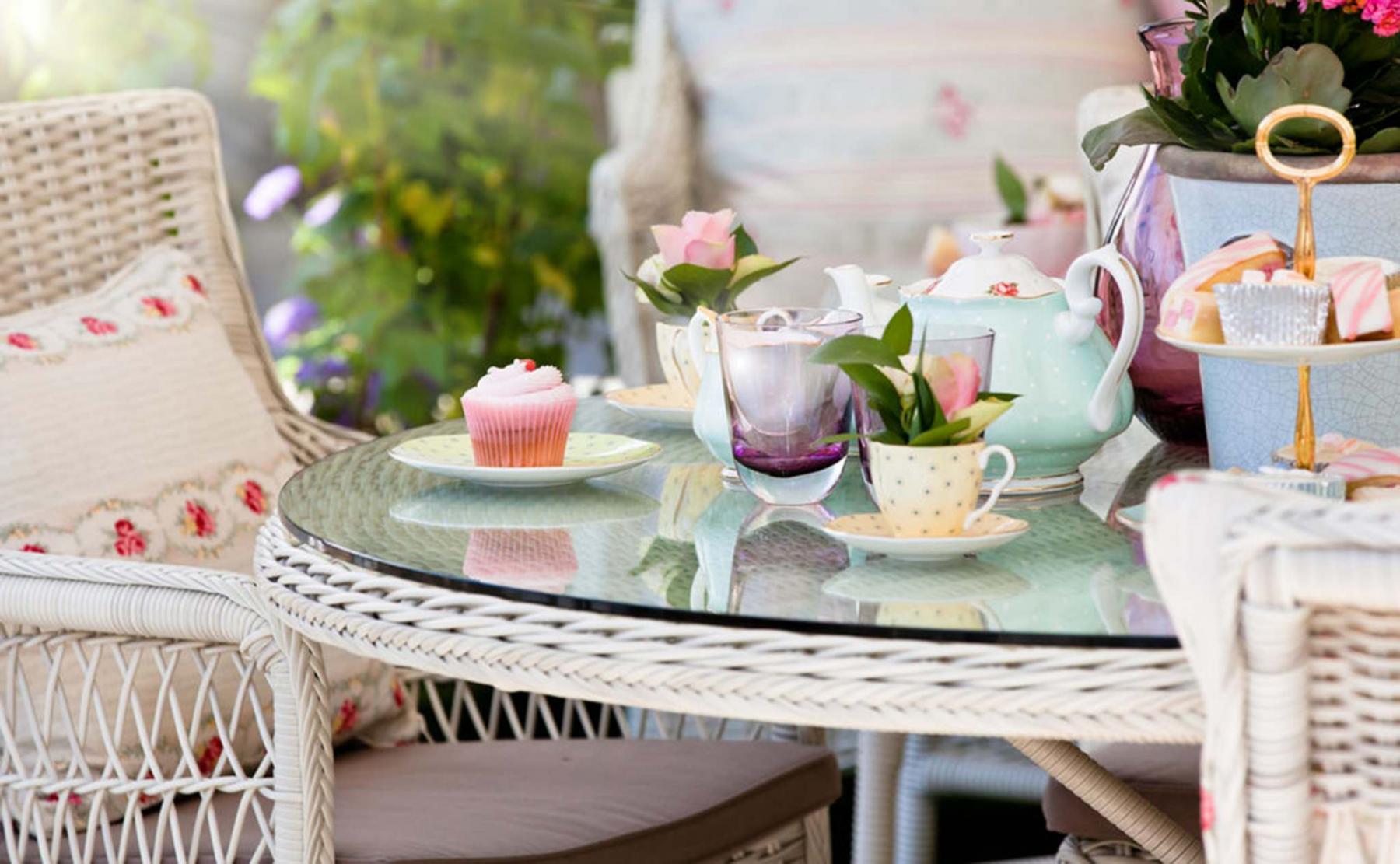 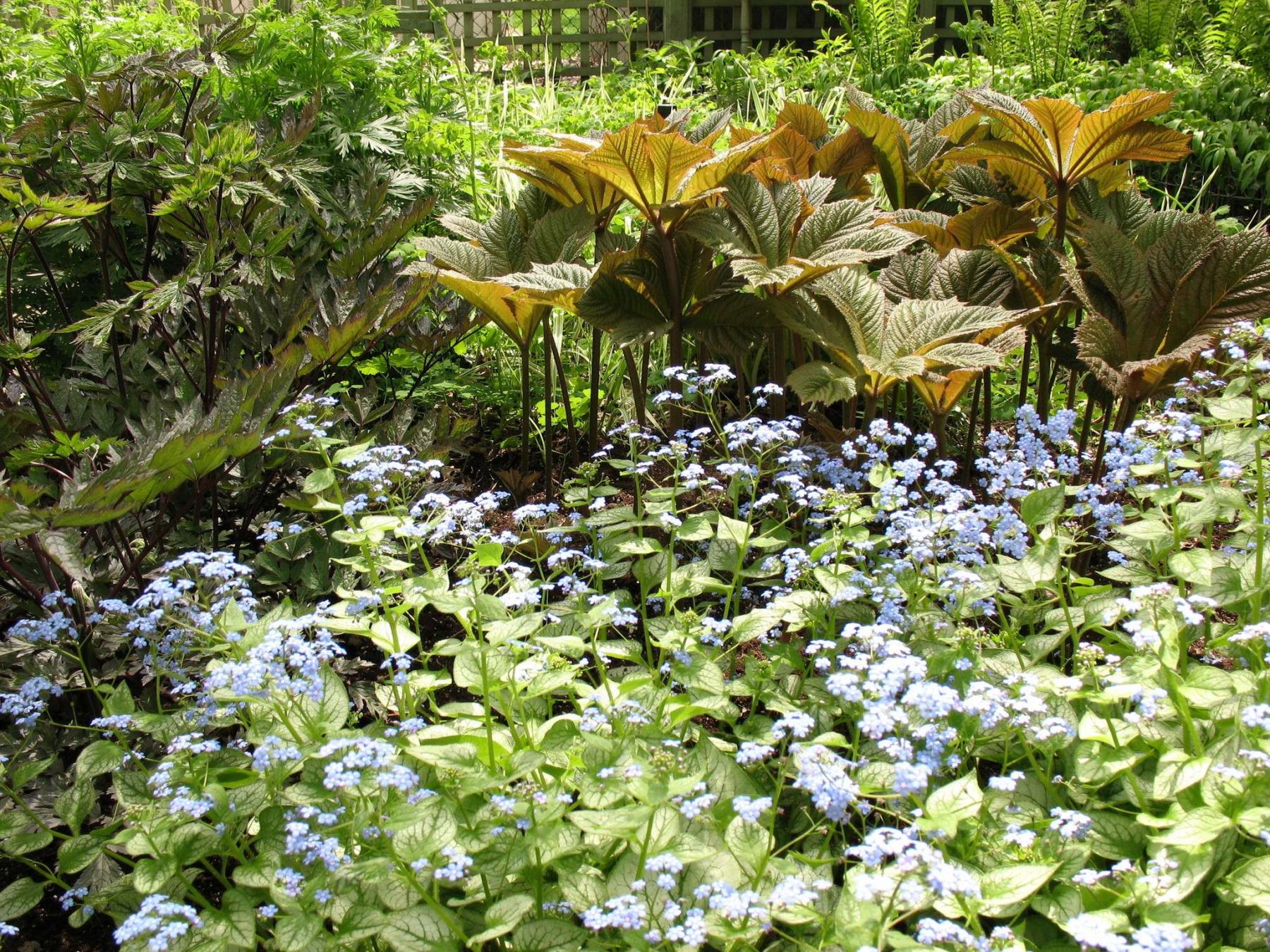 Perennial beauties to grow in your garden