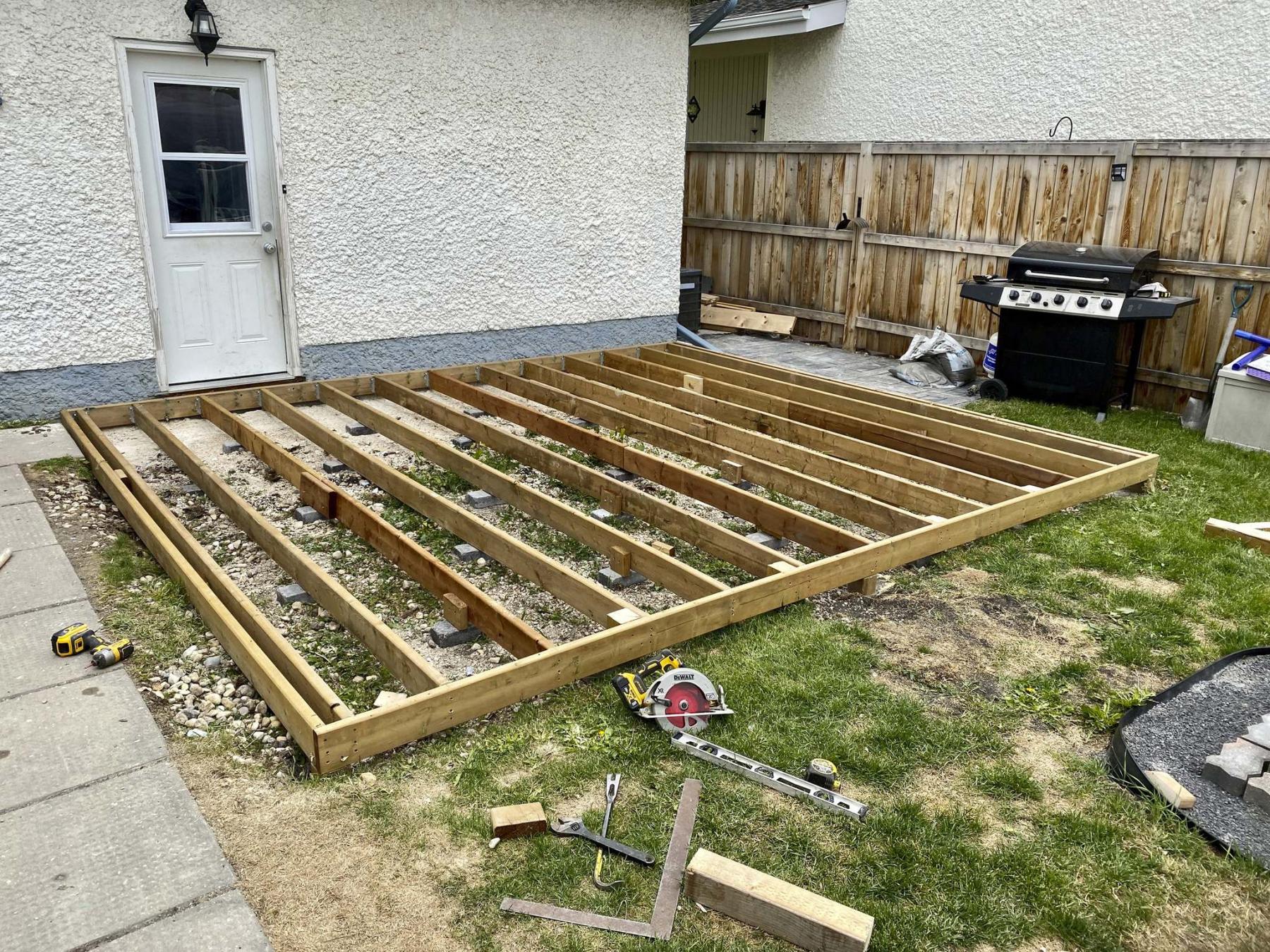 Building a deck in a day 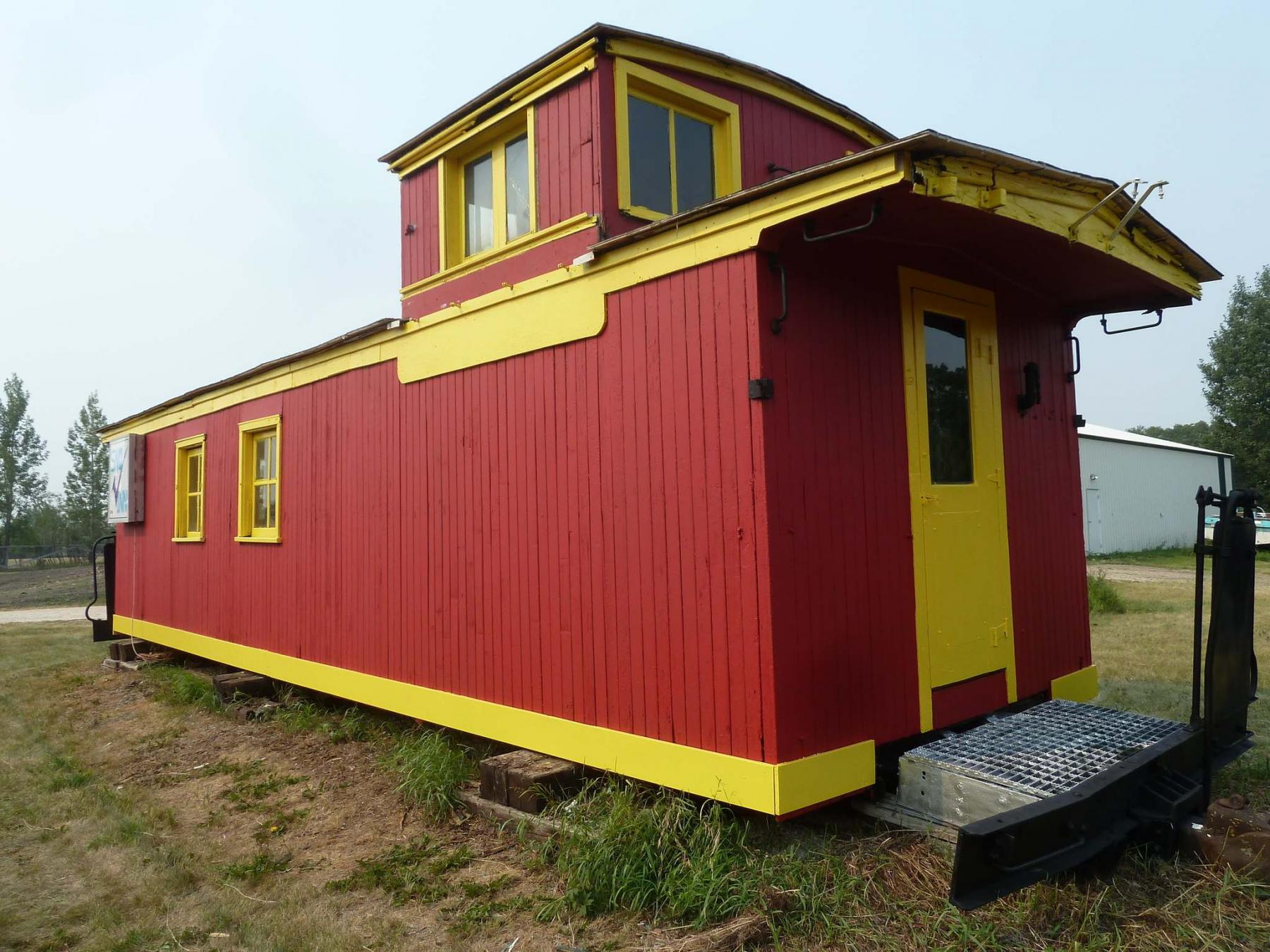 Ketchup, Mustard and a cool caboose 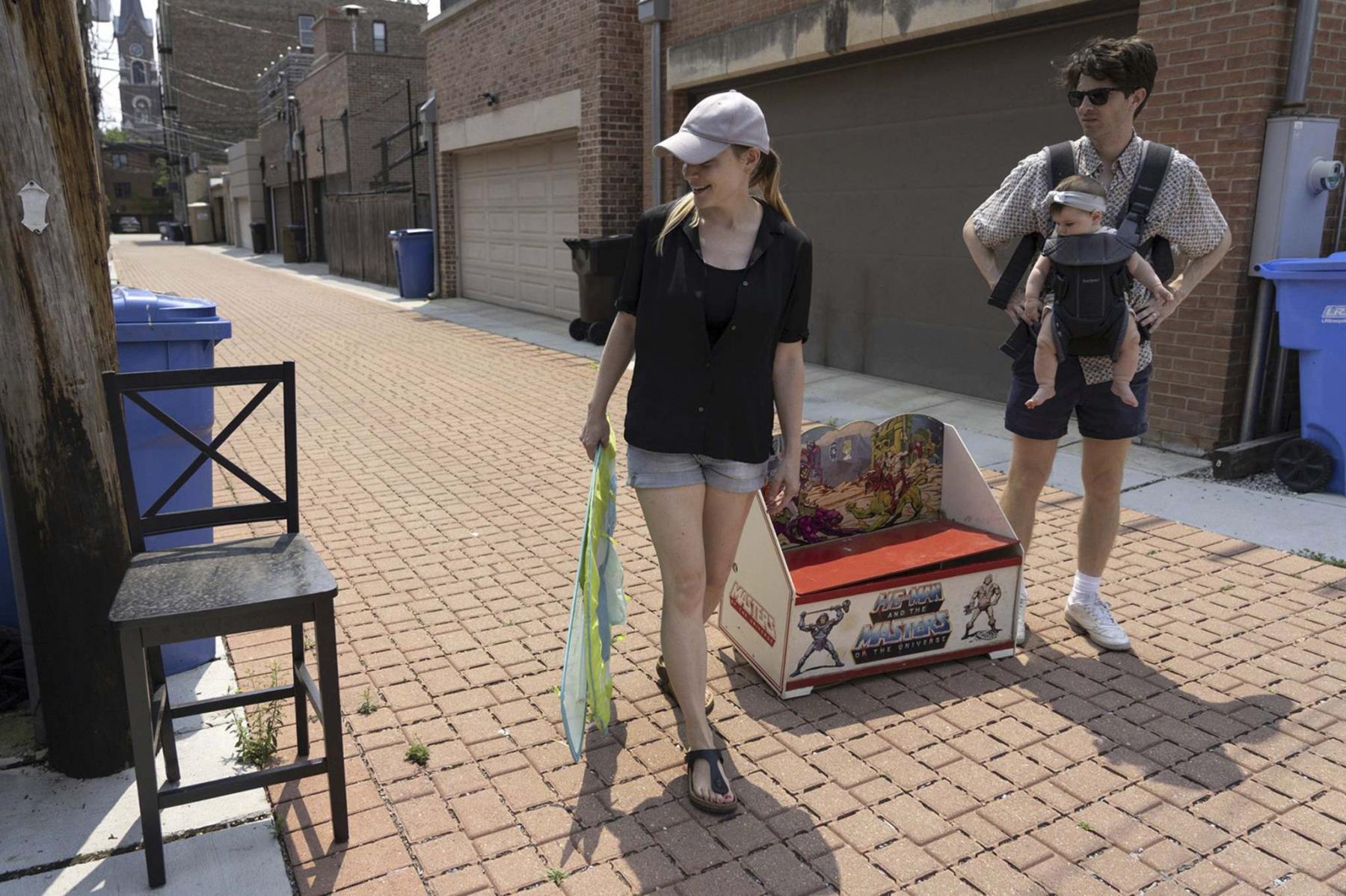 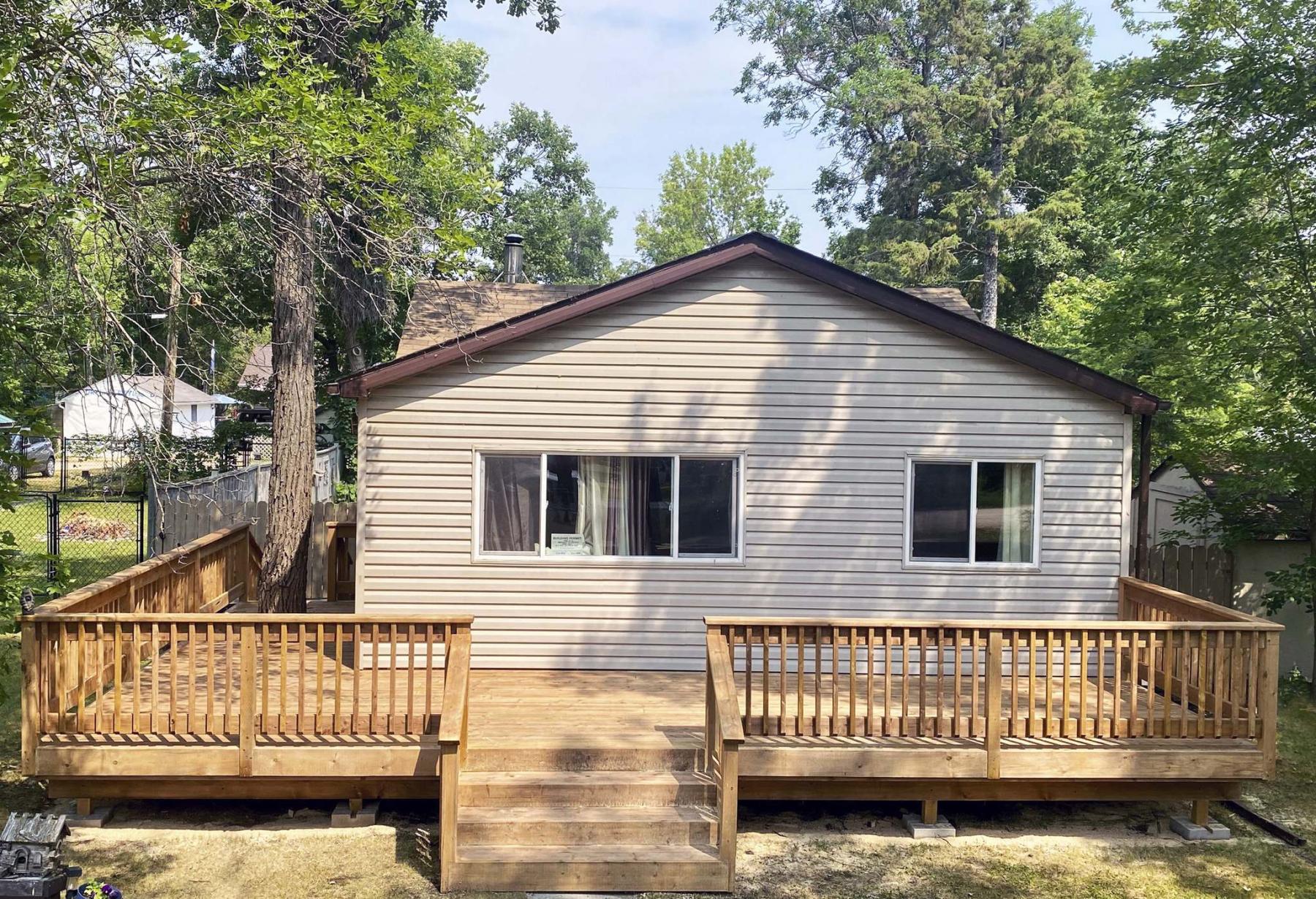 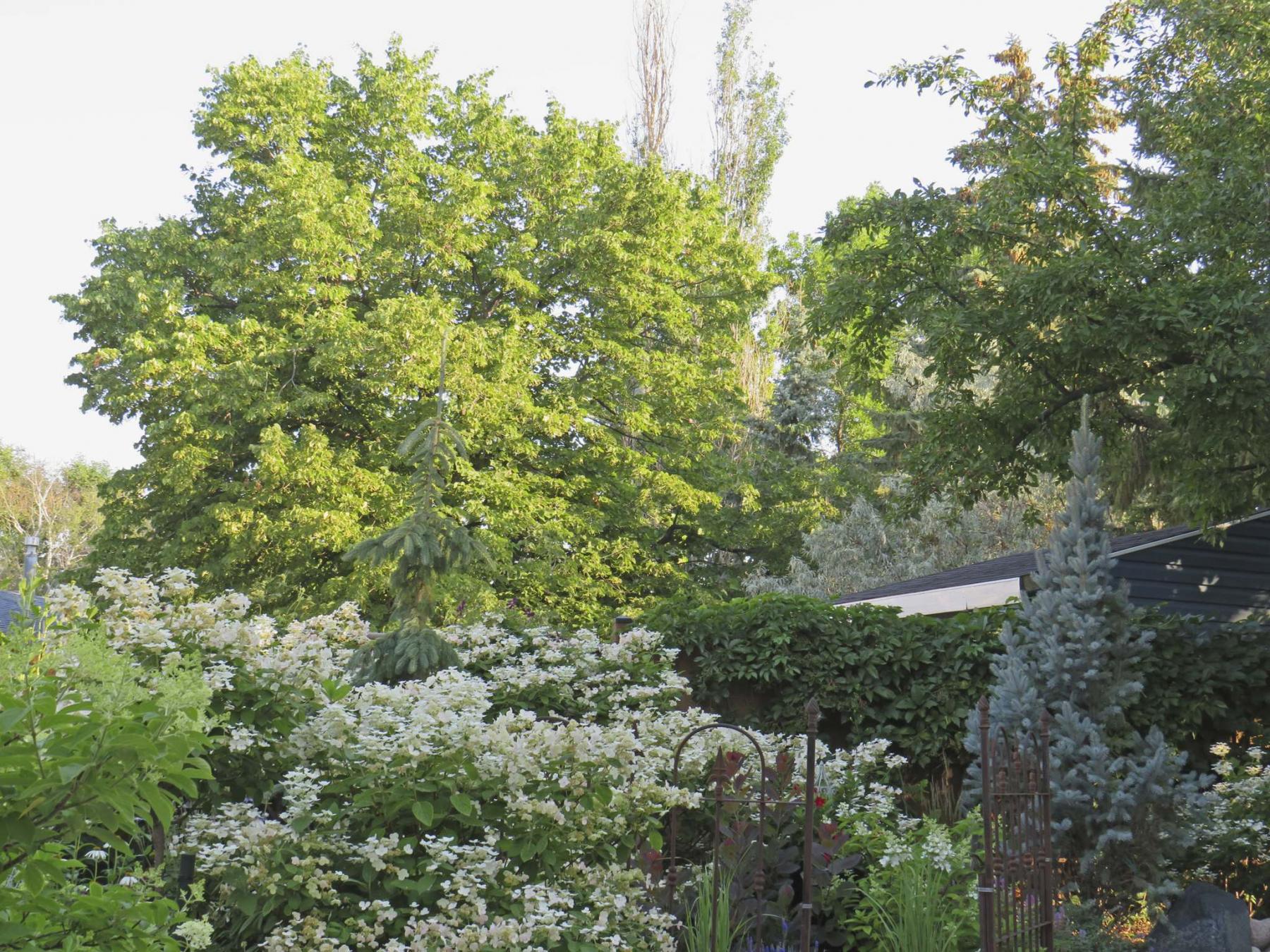 Question: On several occasions, during and after heavy rains, I have noticed water dripping from a bathroom fan housing. It is usually around one or two cups. However, on one occasion of heavy rain, it didn’t leak. A roofer checked the shingles and pronounced everything OK. He attributed the dripping to extreme humidity and condensation, due to last year’s exceptional humidity.

I have lived here 40-plus years and haven’t experienced this before. The roof was replaced six years ago. The ceiling fan in the bathroom is not used because it has not been working for a long, long time. The dehumidifier in my basement is set to 35 per cent RH. There has been no increase in showers or other sources of humidity in the home. ls it possible that last summer was exceptionally humid and is responsible for the leak, or should I get it checked again? I am hesitant to go up in the attic due to vermiculite covered with fibreglass insulation. I would appreciate your advice before getting another inspection.

Answer: Moisture intrusion from the ceilings, during or after heavy rains, are almost always from something on the roof leaking. Getting an experienced roofer to identify the point of entry, perhaps with a garden hose water test, will be the key to preventing future leakage in your bathroom.

I have written dozens of times about moisture intrusion at ceilings, often being caused by condensation in attics. While I would agree with your roofer that leaks are often misdiagnosed as roofing issues, when attic moisture is the culprit, that is not likely the case in your home. The main difference between that and a roof leak is the time at which each is occurring. Ceiling moisture issues that occur in the warmer seasons, especially at the same time as it is raining, are from precipitation gaining entry through the exterior.

When water is seen dripping from the ceiling during a steady rain, it is not caused by condensation. Even in your bathroom, where the moisture is leaking through an old ceiling fan, there would not be enough of a temperature drop to cause the warm air inside the attic or fan ducting to significantly condense. Even in extreme conditions, where the humidity is almost 100 per cent on a very hot day, it is doubtful the air inside the attic would cool enough after it started raining, to form more than a little bit of sweat on any cold surfaces. While this could certainly happen inside a metal bathroom exhaust fan duct, it would never amount to enough water for more than a few drops.

If you had told me that the dripping occurred in early spring, late fall or during a mid-winter thaw, then I would suspect condensation in or around the fan duct as the source. The amount of water you collected would require condensation to form multiple times, continually freezing afterwards, to build up a significant layer of frost or ice. That often happens inside different types of fan ducts and is a common occurrence in our cold climate. It may also occur on the outside of a poorly insulated metal duct, inside a very cold attic, with similar leakage patterns when the frozen moisture melts. This may drip through the actual fan housing, or around it, with both types able to cause damage to the surrounding ceiling materials.

When water leaks into an attic from rain, it may drip into the building below in a different location than it enters. That is because water can cling to the underside of the roof sheathing, or any vertical or diagonal components inside that space. It may run down any of these spots and stop when it hits a more rigid impediment. In that situation, the leakage will usually be seen on the ceiling below the item which halts the progress of the moisture. The water may drip on to the ceiling below that location, or change direction and run down the side of the vertical member. Once enough water collects at that location on the attic side of the ceiling, it will find a hole, seam, or gap to leak through.

In your home, the conduit for the water leakage is likely the older exhaust fan ducting. The water may be entering from elsewhere and running down the sheathing until it hits the top of the duct. It will then change direction and flow down the side of that pipe. So, the area of leakage to repair on the roof should be above the top of that duct.

Alternatively, and even more likely, is that the vent hood for the duct termination on the roof is where the water is leaking in. It may only occur certain times, due to the rain’s intensity or wind direction. For example; if the bottom of the vent hood is facing west, a rainstorm with strong west winds may blow the flap in the hood up, allowing wind-driven rain to enter the duct. Rain on a day where the wind is blowing from any other direction may harmlessly flow around or over the vent hood, leaving your house dry. Conversely, if the water is leaking under a flashing at that vent hood, or some other roof protrusion, it may only get under the bottom when it is blown up the slope of the roof on a very windy day.

Sometimes diagnosing problems with roof leakage is fairly straightforward, if the water is leaking when it is raining. It should not be caused by condensation, and a very experienced roofer or general contractor may be required to try and duplicate specific weather conditions, often with a hose and sprayer, to locate the area of leakage and seal or replace the offending vent hood or flashing. 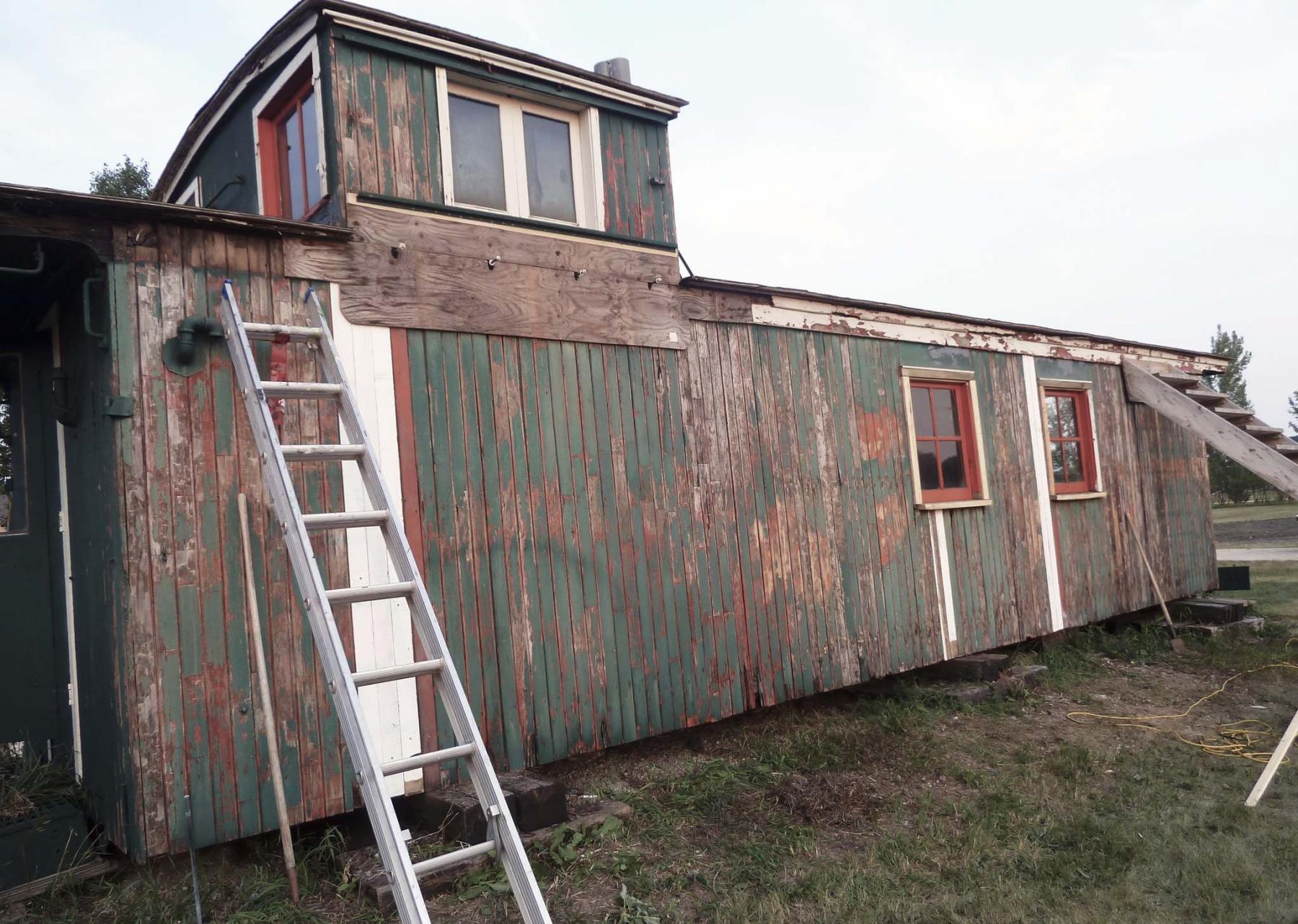 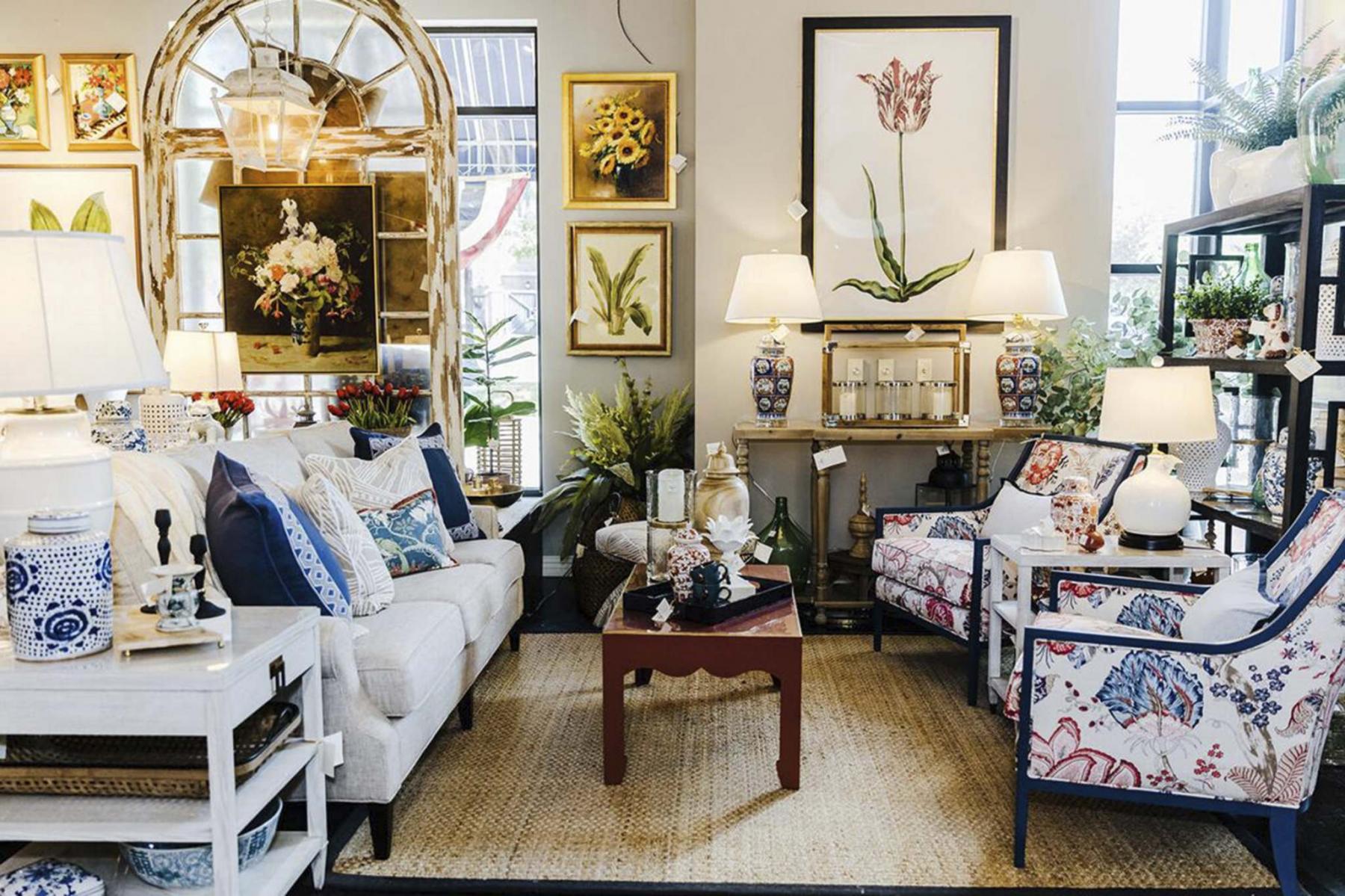 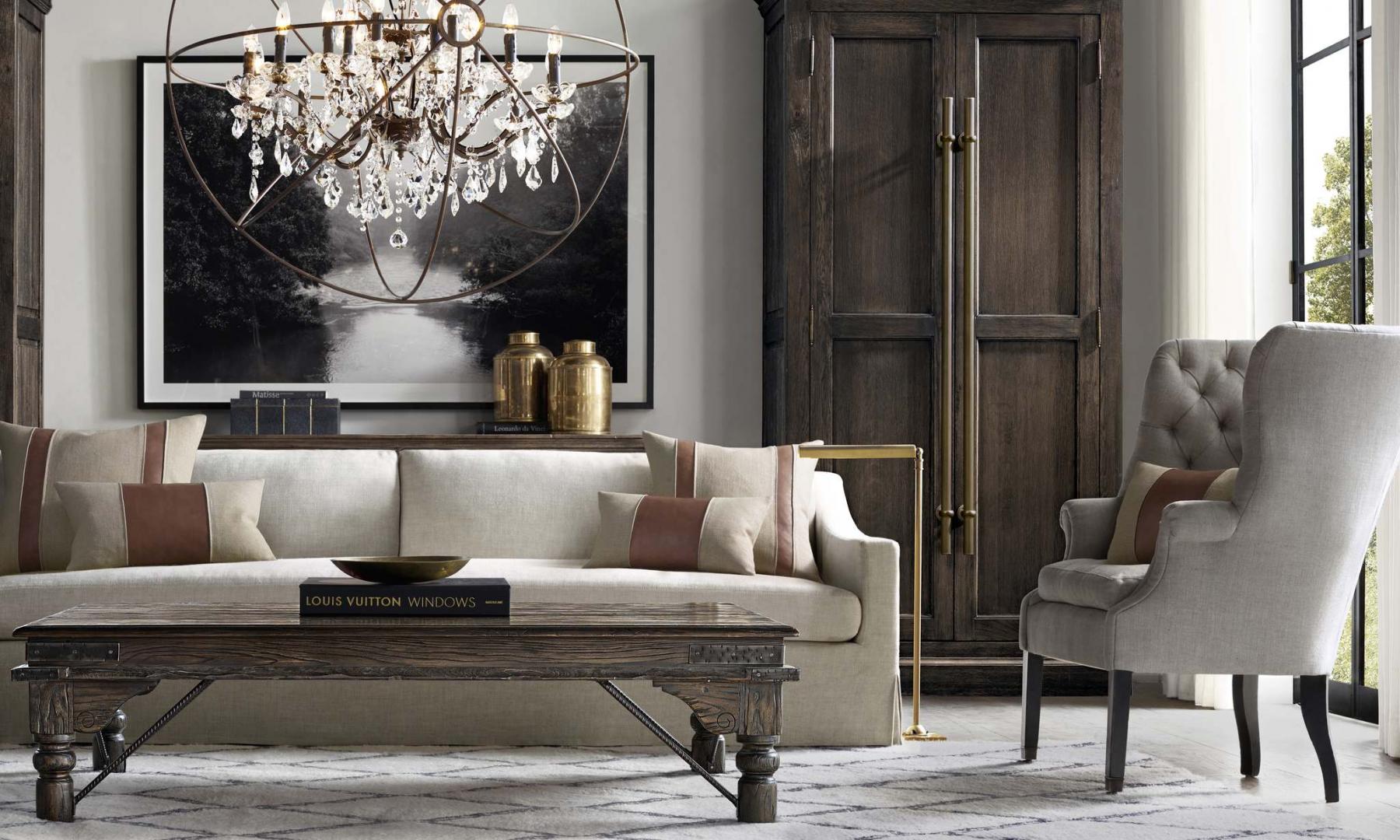 How to pick the perfect sofa 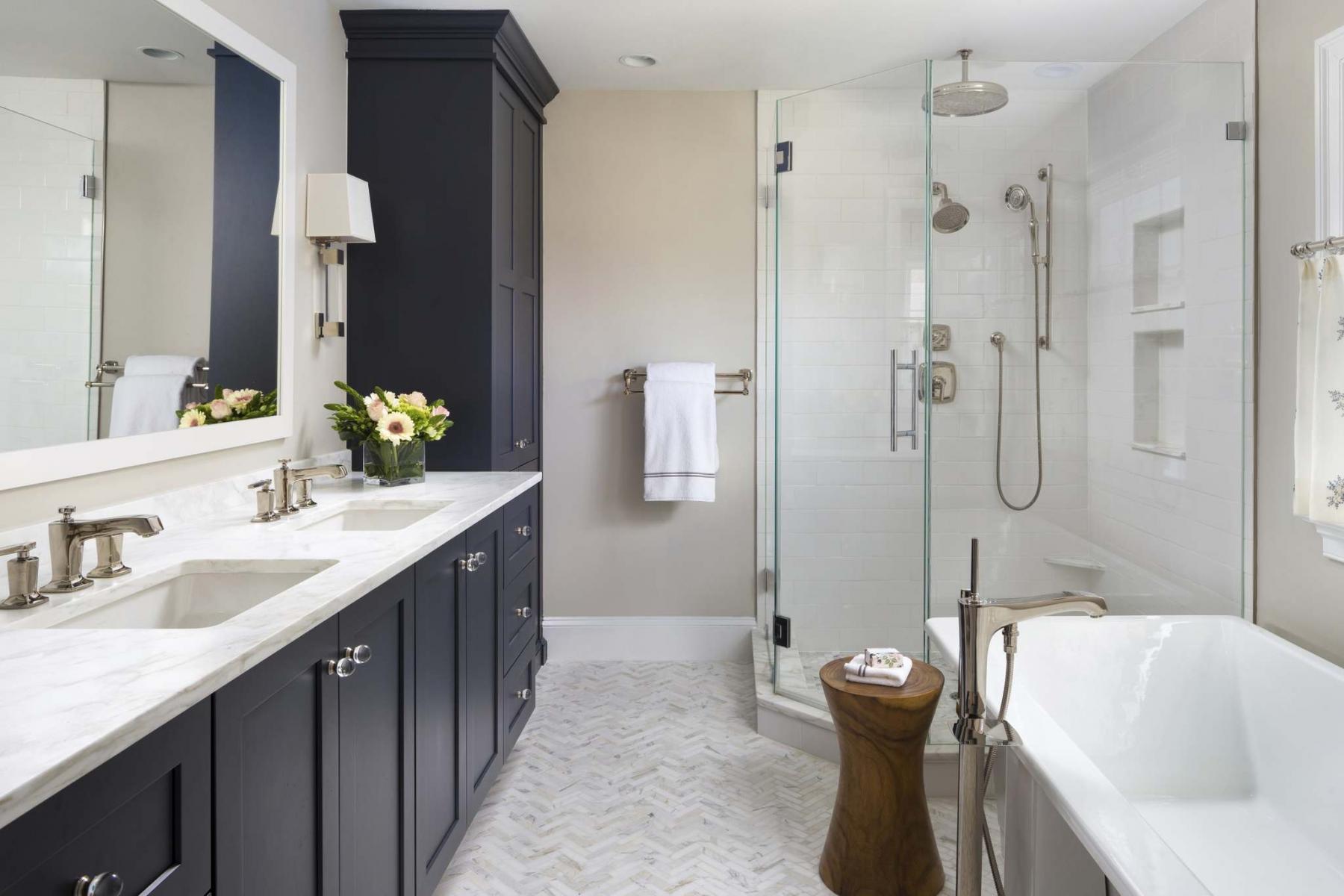 How to bring minimalist designs into your home 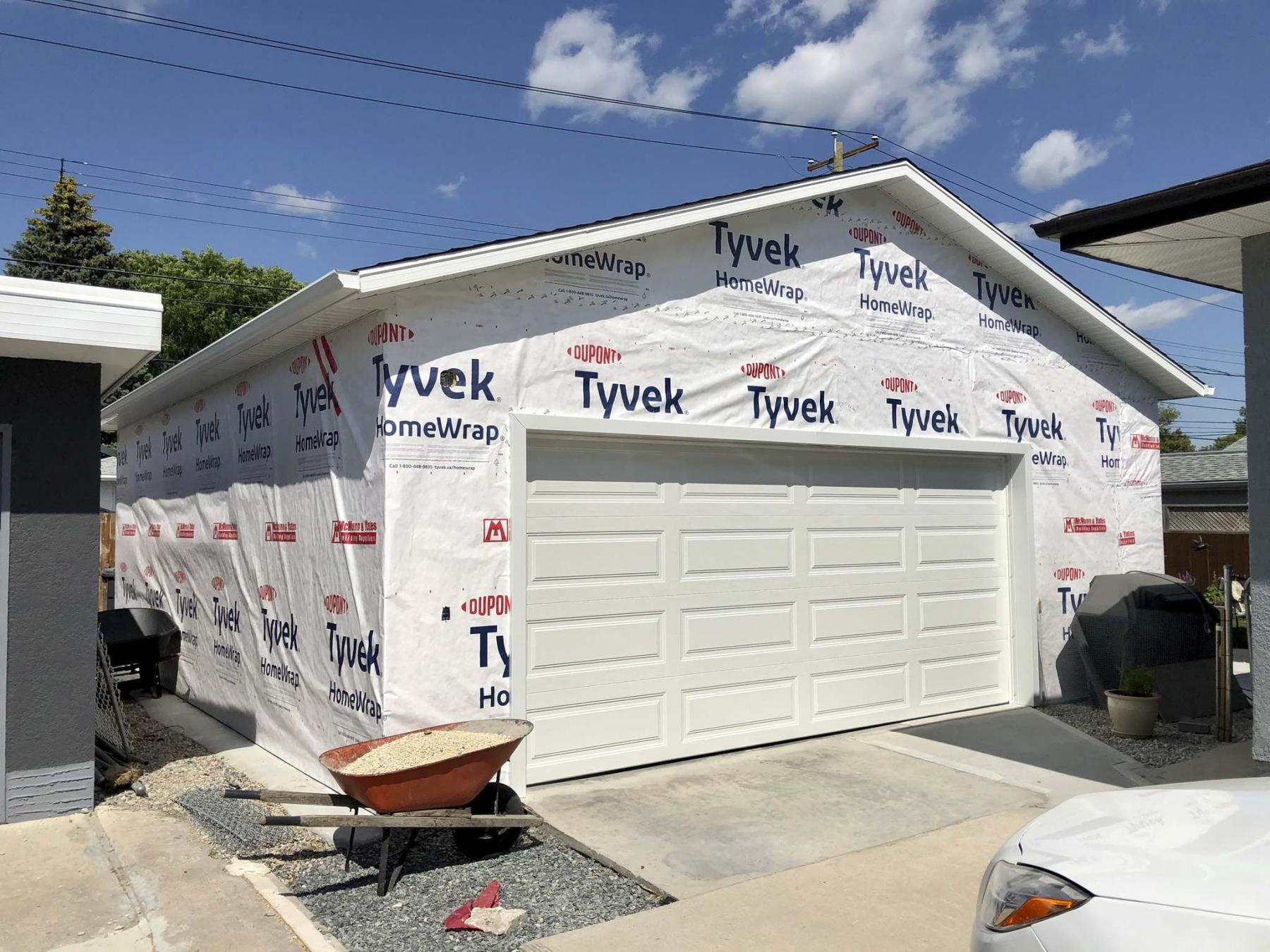 Make mine a double